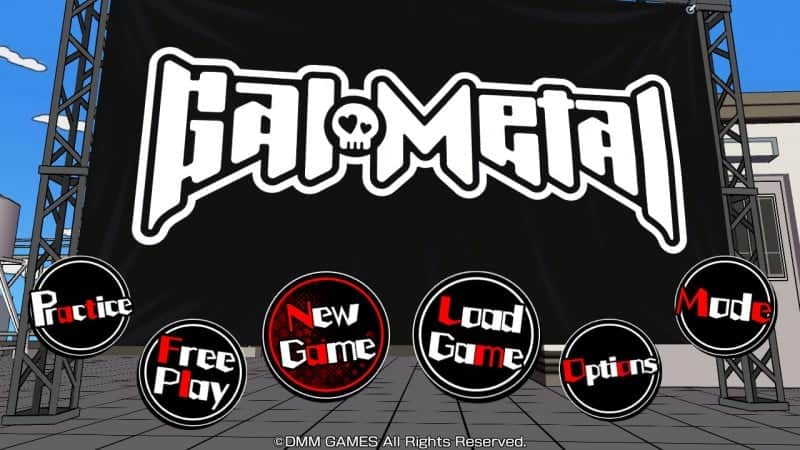 Aliens are invading the Earth! All of our modern weapons are harmless and unable to stop them! What can the human race do to prevent an invasion?! It falls on the shoulders of an all-girl high school rock metal band to save the day! This is the basic premise for the game Gal Metal. Time to rock out in our review of Gal Metal 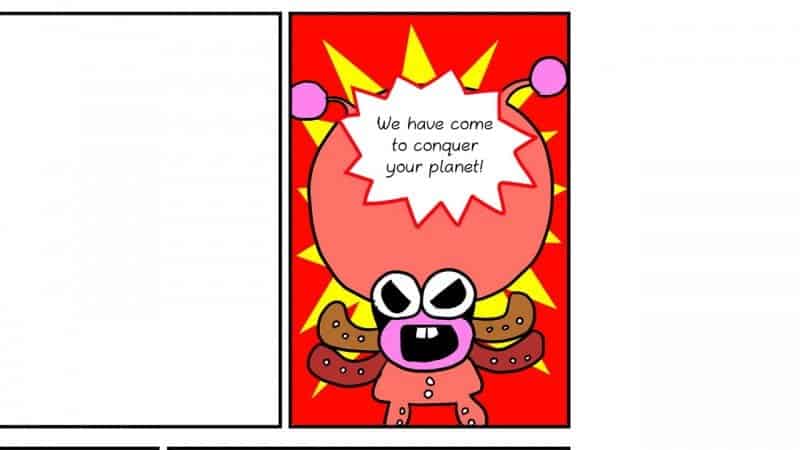 From the game’s official page, the story is below:

Planet Earth is on the brink of invasion after humanity ruined the peace and quiet of the universe with the broadcast of metal music on the Voyager probe’s Golden Record. Aliens picked up the signal and couldn’t stop headbanging, and now they’re dying off because of it, so they want revenge! The only thing standing between these music-hating creeps and total planetary domination is…a metal band?
Landing over the sleepy Tokyo suburb of Kichijoji, the invaders abduct an unassuming high school student and merge his soul with that of Rinko, the drummer in her high school’s outrageous all-girl metal club. Now sharing Rinko’s body, this unlikely duo will have to team up to take down the aliens with the only weapon they have: metal.

Joining this pair are Rinko’s bandmates in K.M.G. (Kichijoji Metal Girls): Kia, super sci-fi nerd, and synthesizer player; Mani, resident rich girl, and bassist; Shiimi, delinquent and lead guitarist; and Erii, gentle giant and backup guitarist. Together, they’ll perfect their music to thwart the aliens and protect the earth, all while navigating the rigors of regular school life.

From the description alone, this game has already showing to be one of the most unique music games to date. While on paper the story sounds wild and odd, the delivery of the story itself is actually rather well done in Gal Metal. 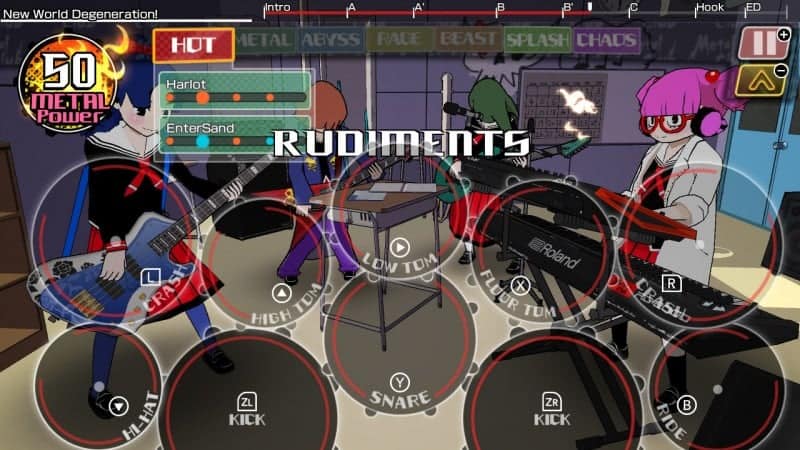 Gameplay in Gal Metal is simply a Rhythm game. As with all rhythm games, you have to match the timing of the controls to the beat of the music. However, the unique moments of the game are part of the controls. There are three different control schemes. They are using the touch screen, using the buttons, and separating the joycons from the switch to utilize motion controls. Personally, I preferred the button controls as they are simple and straightforward. The touchscreen was simple as well for the handheld mode. However, the motion controls with the joycon were hit and miss. I found myself struggling with it, missing the timing or essentially inputting controls. 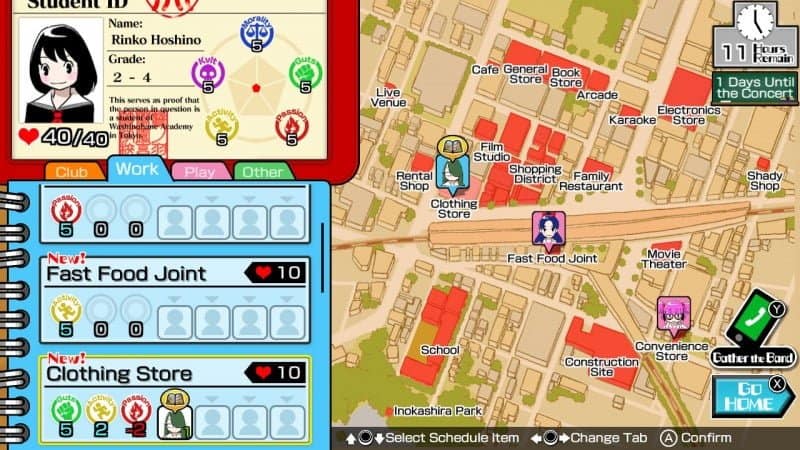 Whatever control scheme the player decides, they would enjoy the game. Just be warned the motion controls leave more to be desired as it requires several different motions. There is also a time management component in the game which allows the player to focus on what is important to them. It can range from free time, hanging with your friends, sleeping,  music practice, and others. It is rather well done with the time management, 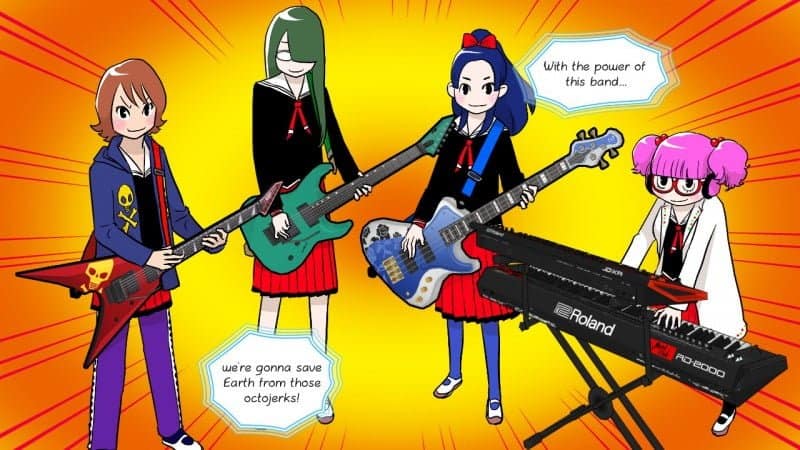 Visually, the game has a unique style. The game is colorful and does match the overall atmosphere. It has a very anime and cartoon feel which is intentional. It fits the overall theme to the game itself.

Audio wise, the game has some wonderful music and outside of the music is sounds that fit into the game. There is no real voice work with this title. However, that really does not matter as it does well with its intentions. 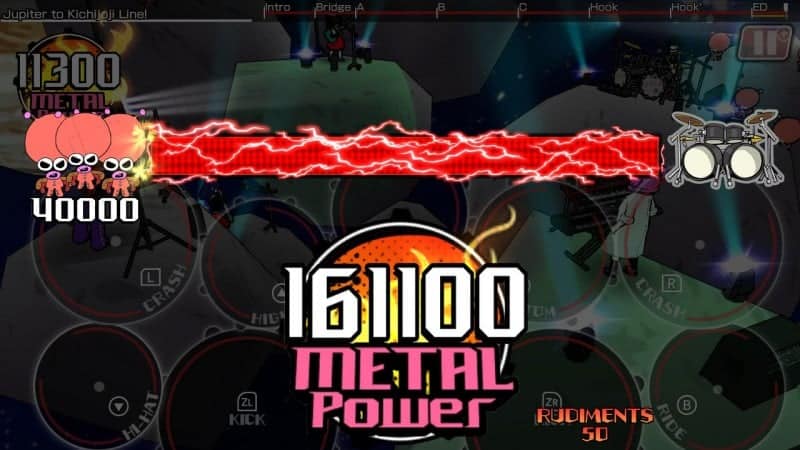 This game has replay value. You can go in and redo levels to get better scores, play on your days differently, and much more. There is DLC attached to the game which allows more tracks and more to do.

Is Gal Metal a fun game? To my surprise, I had a great deal of fun and purchased the DLC. I enjoyed it. Also, The overall theme, atmosphere, unique story, and much more make a great package here. 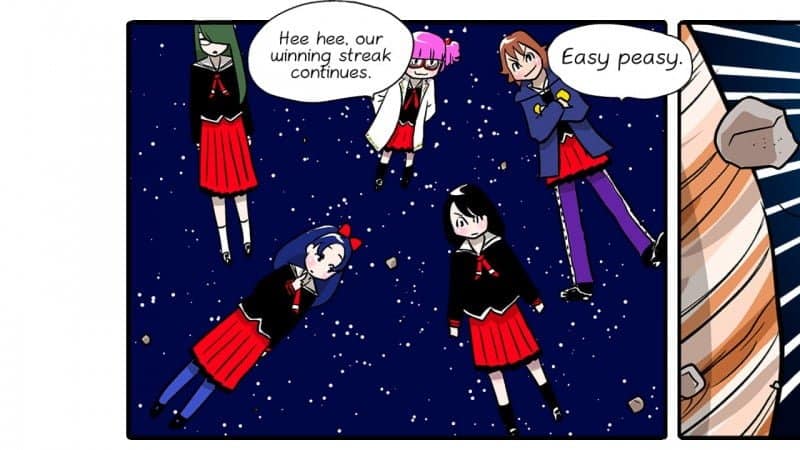 Gal Metal may not be a game for everyone. The game contains several different elements that are sure to please even the most resistant gamer. It is not the music. However, it will be the overall gameplay. As previously stated, I did not expect to have fun with Gal Metal. During my time with the game at E3, I felt it was not for me as I do not enjoy games that rely on motion controls. However, this was remedied with other controls that are implimented. I can easily say that made the game much more enjoyable than it was. If you are a gamer or someone who wants to enjoy a rhythm game, I would whole heartly recommend this game.

*Thank you XSeed for the review code of the game!*

A gamer and jack of all trades. I enjoy many things, but overall just enjoying life. Hopefully, I can add enjoyment to your life through my articles or interactions.
@mgs2master2
Previous Super easy way to find out if a Nintendo Switch is Patched before you buy it!
Next Hellfront: Honeymoon… pick it up or avoid it?