This is not a new thing as Nintendo goes after sellers of counterfeit and unlicensed versions of Nintendo Consoles all the time. Just recently they took down a few rom sites for pirated copies of Nintendo Games and each quarter they post their Global Anti-piracy report. 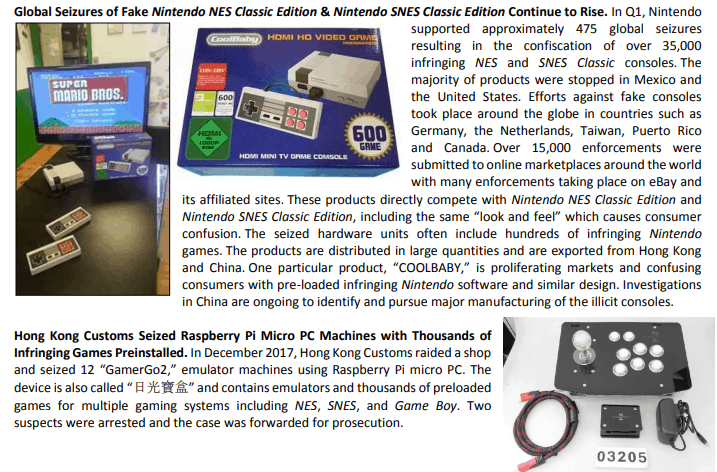 What caught my eye this time was the Second quarter report (no Q3 or Q4 could be found on the site at this time.) were they specifically talk about Team Xecuter and SX pro/SX OS. In the post, they don’t talk about any kind of raid or a lawsuit against Team Xecuter yet. They only talk about “analyzing the product, investigate, and identify the resellers, and to pursue online enforcement against product listings and other related infringing Nintendo Switch content“.

Right now Nintendo’s only answer to this problem is to ban Switch users that use these tools and CFW for homebrew or piracy. Just like in any hacking scene, there is always going to be trouble when piracy is involved and if Nintendo finds Team Xecuter to be in any kind of violation they could be next on the hit list of raids or lawsuits.

So what do you think? Is this the reason why we have not seen an update for SX OS since the release of FW 6.2.0 or could it be something else, let us know what you think in the comments below.

You can find both of these reports in the links below.

I like to get everyone the right info and I like to help others get the most from there electronic devices. I enjoy playful cleverness and the exploration of technology. My Motto: You own it, you can do whatever you want with it.
Previous PlayStation Classic has been Hacked!!
Next PlayStation Classic can now use a USB Flash Drive to load other games