Team Xecuter, as we’ve stated, has been a company of their word. Just as quickly and as often as they can, they release updates to their SX OS for Switch. This CFW is the only one as of current that can do certain things that other CFW’s cannot do and so it still remains a favorite among Switch enthusiasts. It also can do other stuff, which we’re about to talk about, that others cannot do. I’ve been holding off making these posts as Team Xecuter just keeps dumping them out like hot cakes. But today, we have a round up of the last major update and its subsequent releases. Let’s dig into this, shall we? 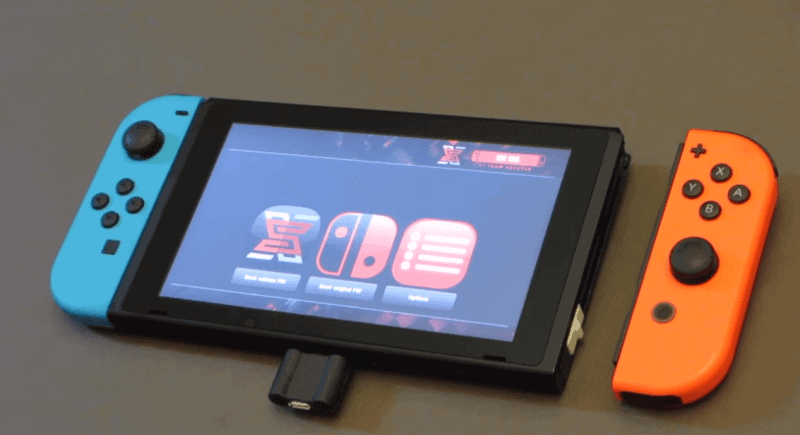 The first update after 2.0, was 2.01. It introduced some crazy stuff, like a beta program…and then introduced the first beta release at the same time!

‘Today, we are back with *two* new versions of SX OS. Huh? Two new versions? Yes, you read that right. As of today, we will be distributing two versions of SX OS. One is the “stable” release which has been extensively stress-tested and the other is the optional “beta” version of SX OS which comes with new functionality that needs to go through a thorough acceptation phase before it will be rebranded as the current stable version. We got a lot of feedback from people who didn’t like us bumping the version number of SX OS so often for small fixes, and they are right. 99% of our end-users should not be bothered with small (but important) fixes but would rather enjoy a properly vetted build of SX OS. With the introduction of the beta channel, we hope to address this and introduce new exciting functionality sooner rather than later.’

SX OS v2.1 beta introduces our brand new cheat engine and cheat finder. Many people requested a way to cheat in games or aid in finding cheats for games, so it has been high up on the priority list for a while. We’re curious to hear your feedback about this initial version of our game cheat addition to SX OS.

As of now we don’t have a big library of game cheats available yet, but we hope the community will come up with some cool ones that they will share publicly. Finding cheats and making (reliable) cheat codes for Switch games can be a laborious task and is in certain aspects a bit more involved than finding cheats for, say, a classic Gameboy game!

For that reason we have written a small reference guide here for the aspiring cheat hackers out there detailing the format of our cheat codes, caveats that need to be accounted for, and small tips to bring you up to speed.’ 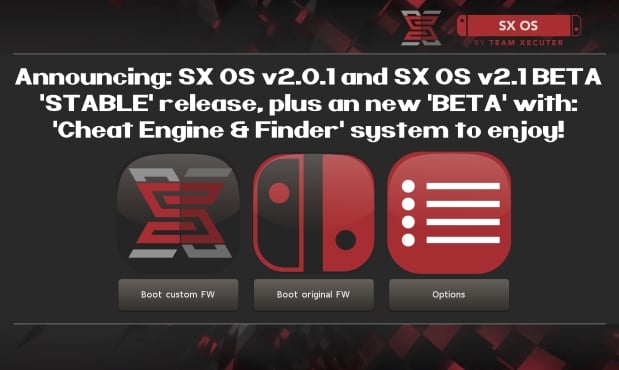 They followed that up with the beta of 2.2.

‘Today we are back once again with a much anticipated new feature as well as various improvements to existing functionality for SX OS. While this is still labeled as BETA we’ve had some good success with it internally, we’re looking forward to your feedback. Let’s jump into the list of changes!’

Yes. You read it right. You can now plug a USB mass storage device into your switch’ dock and load XCI or install NSP content from there directly. No longer are you limited by the size of your microSD card when playing the switch from the comfort of your couch, but you can now enjoy TERABYTES of content by using external hard disks and such! The filesystem on the drive needs to be either FAT32 or exFAT, and the directories that are being scanned for content are equal to the ones you’d use on the microSD card. 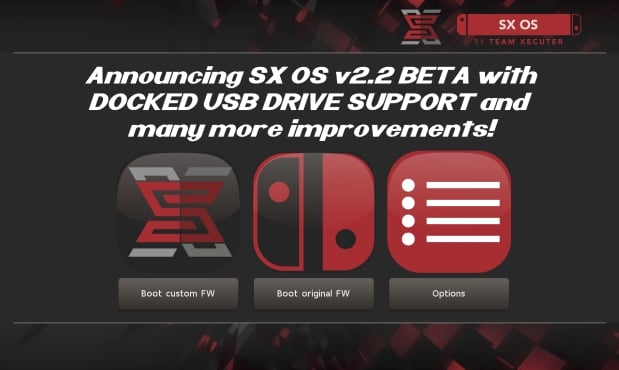 And finally, they hit us with yet another large beta, 2.2.1!

‘This update addresses some of the excellent feedback we’ve had following our v2.2 beta release. We can’t thank the community enough for continuously identifying small issues and notifying us about them. Keep the feedback coming!

.. and other minor adjustments to enhance the user experience. You know the drill! 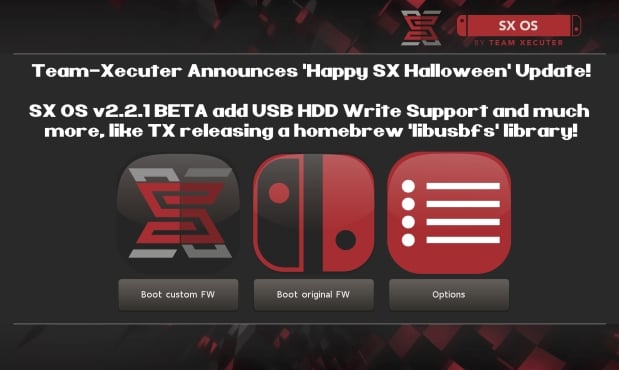