Love is a difficult thing. It is truly hard to find that special someone. Sometimes it can be all about lust instead, or something completely superficial. However, in the world of Gal*Gun, that is not an issue. If anything as the main character it can be more than one can handle. In addition, it could be a battle between the good and evil in the world. In Gal*Gun 2, you are randomly chosen and tasked with to mediate this battle between good and evil. Ultimately, you can decide whether to let good win, bad win and/or find your true love in the process. How does all of this shake out? Let’s take a look in our review of Gal*Gun 2. 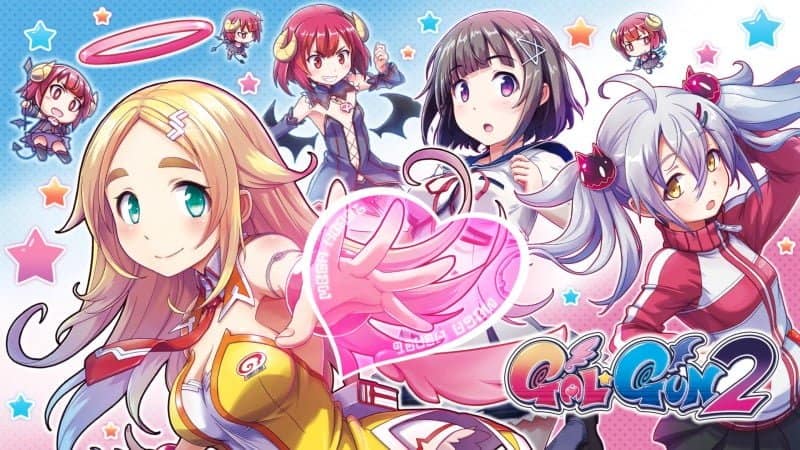 *Thank you for PQube for providing a review code for Playstation 4 and Nintendo Switch. This review will reflect the differences between both versions* 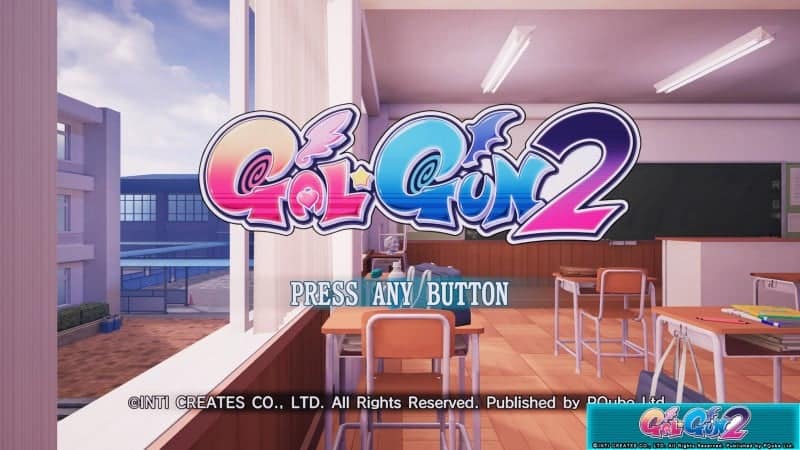 From the official website, the story is as follows:

As a regular academy student your day begins like any other. Until, that is, you notice a strange app on your phone you don’t remember installing. The moment you click on the unfamiliar icon, a box appears on your desk containing an odd pair of goggles and what appears to be a bizarre handheld vacuum cleaner called the Demon Sweeper…

“You’ve been chosen to help me fight demons!” exclaims the angel who appears when you equip the googles, and so begins a wild 30-day adventure to help rid your academy of the mischievous demon Kurona, who’s up to no good once again. 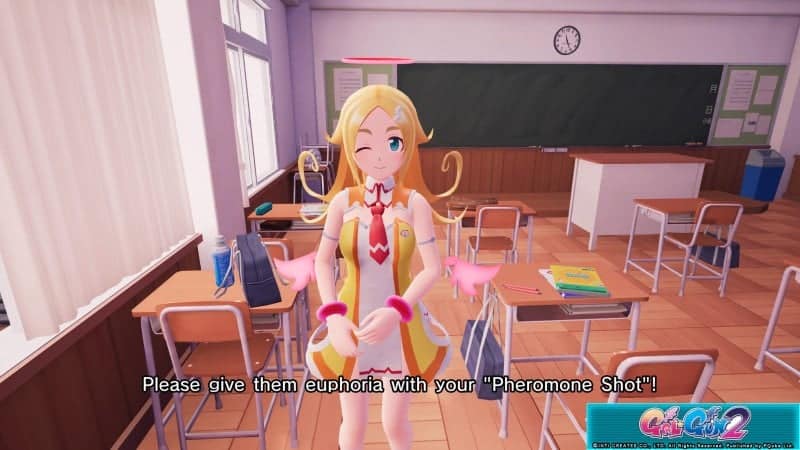 More or less, the story is similar to the first game. There is a bit deviation as the story is delivered different, despite being the same to the core. Players who have played the previous game will pick that up immediately. However, one new thing introduced in this game is the quick advancement to the end of the game. At certain parts of the game, you will get prompted and given a choice fast forward to end of the game (that particular path) to view that ending. It is interesting how that is done.

However, same as the first game, the story is super predictable and at times not interesting. However, I am pretty confident that is not the selling point of this game. As a result, it really shouldn’t play a factor. 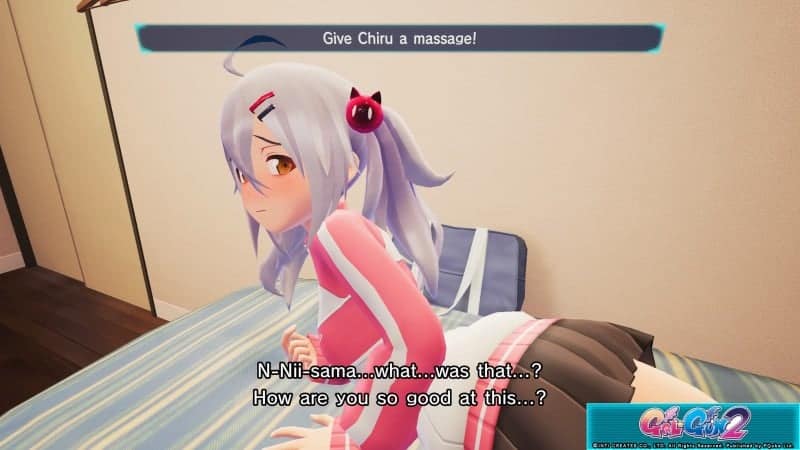 To get straight to the point, Gal*Gun 2 is a Rail Shooter, or as the official site calls it a “Pheromone Shooting” game. You are on predetermined track and moving along to shoot pheromones on members of the opposite sex. Each of the ladies has a weak point of sorts that can down them in one hit. The weak point is either the face, chest, legs, or waist (booty). You will do quite a bit of shooting to meet your angel quota. You also have a vacuum power which sucks up these demons. However, as similar to the previous game, Gal*Gun 2 has a particular mode… That mode is the Doki Doki mode. 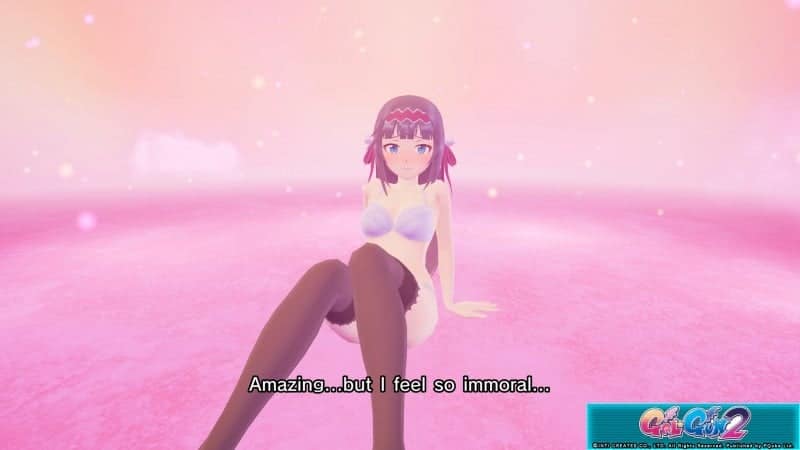 In Doki Doki mode, the girl who is downed is vulnerable and more susceptible to shooting the demons that possess them. You must shoot off all the demons that come from her body in a chance of purifying her. In addition, you can shoot certain weak points in her body to get more damage given. After a certain point, her close comes off leaving her only in her underwear. It is an interesting component as the first game had this element too as a means of fan service. However. in Gal*Gun 2 this mode actually has a purpose, in addition, the fan service. 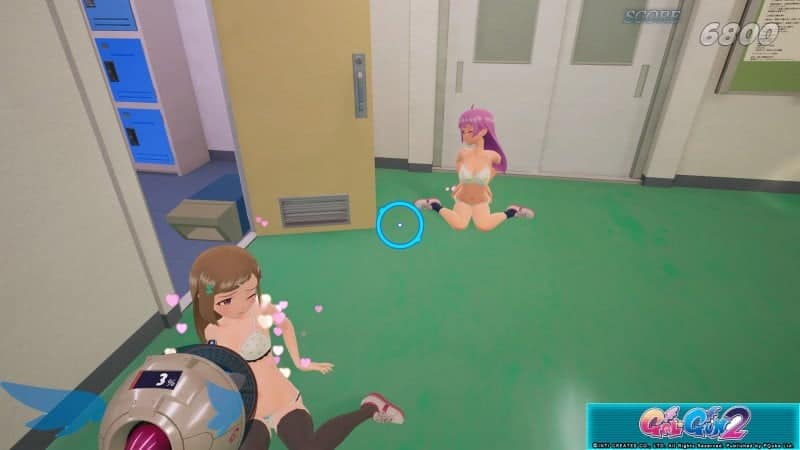 As simple as this game is with the gameplay mechanics, it actually works very well in Gal*Gun 2. In comparing the Nintendo Switch Version and Playstation 4 version, there is virtually no difference in terms of gameplay. The only one difference that was noticed for gameplay was the load times. The load time for Nintendo switch version of Gal*Gun 2 adds a few more seconds to the PS4 load time. Nothing else applies to it.  Besides that, I am surprised that Nintendo allowed this game for their system. They are taking chances with the Switch, and this is probably the biggest chance they can take in its lifecycle. 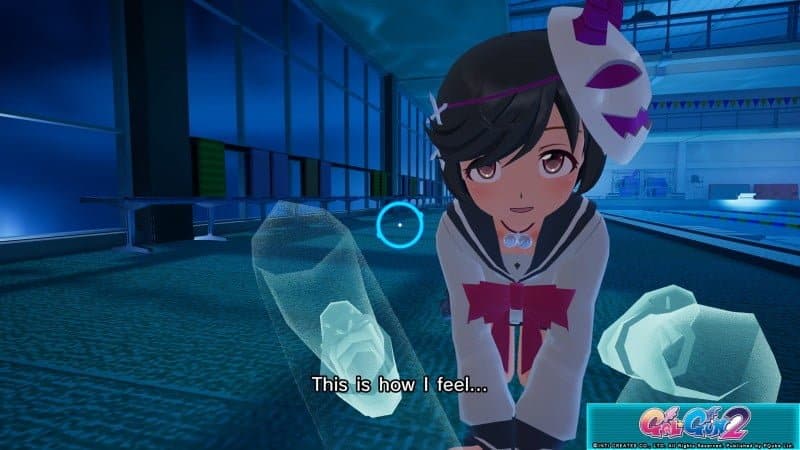 In terms of gameplay, Gal*Gun 2 does suffer from being very tedious. You will go through the levels shooting girls, hearing the same sounds, and keep moving forward. While this is still a blueprint (in my opinion) from the first game with slight improvements, It can only be improved from this point forward if there is a sequel. 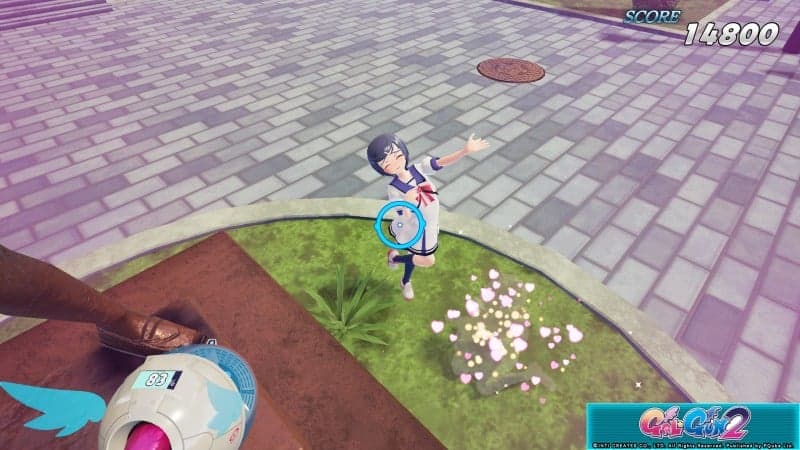 Visuals for Gal*Gun 2 are pretty much similar to the first game. It appears to be only slightly improved. This could be the fact that the developers wanted to get the “anime” appearance in the game. It works well for this type of game. In comparison, the switch version has a slight visual downgrade (in handheld mode). However, it is nothing major to complain about. 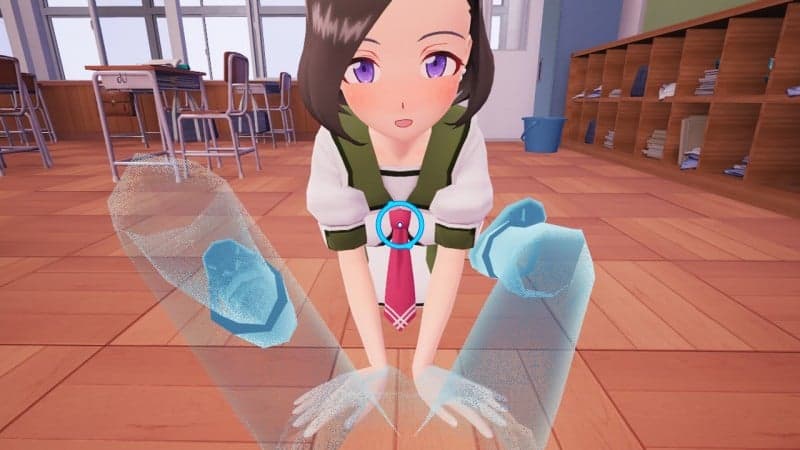 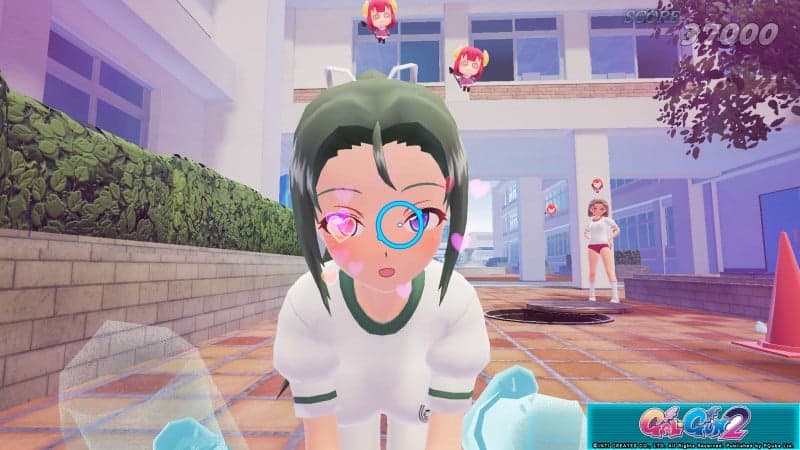 Audio-wise, this game has a good soundtrack. Each track matches what is going on in the game. If you are in a cave, you have an ominous theme. Doki-Doki has its own theme. It all flows together. However, in terms of in-game sounds, there will be very repetitive sounds. The player will get tired of all the moans and screams that constantly happen all game. The voice work (Japanese only) is very well done as well.

Replay Value:
For replay value, there is some to be had in Gal*Gun 2. There are multiple endings and multiple modes to unlock. The player will find themselves coming back to unlock everything if desired. 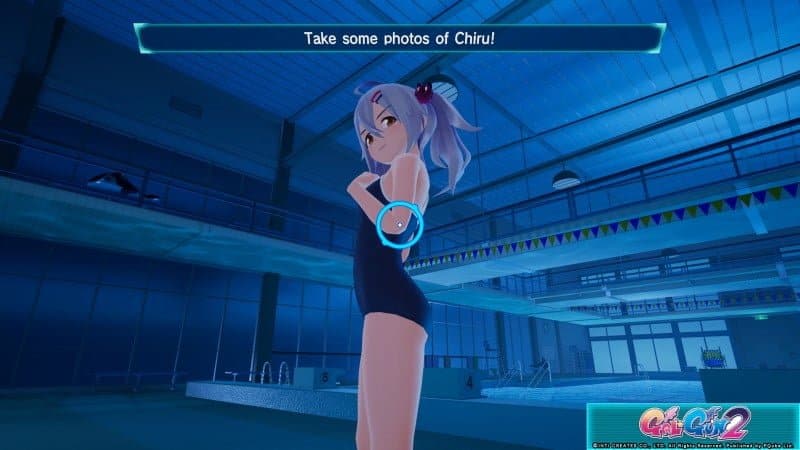 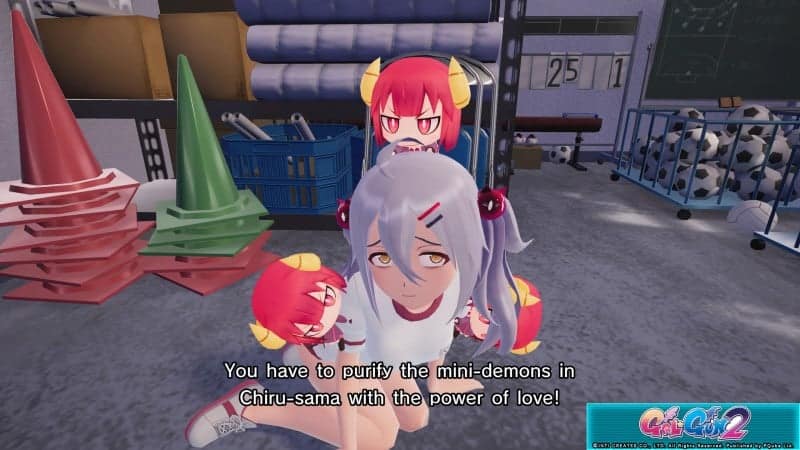 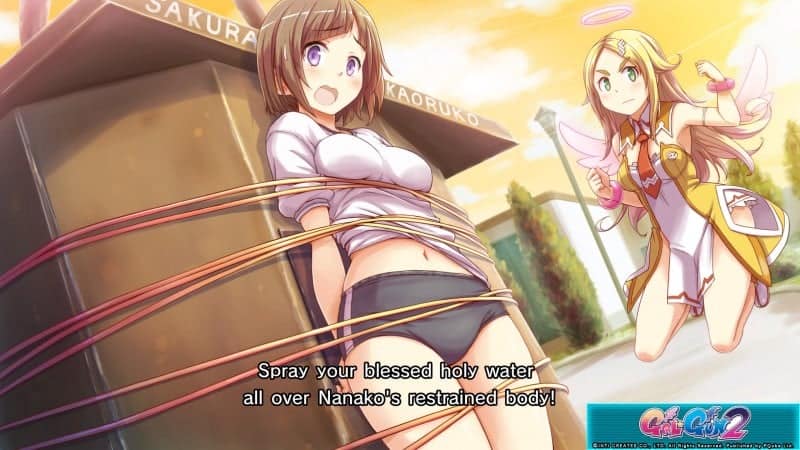 Gal*Gun 2 is a great follow up for Gal*Gun. The gameplay is largely the same with a few new elements added to it. In terms of story, it is delivered in small segments, but you can also fast forward to the endings as well. The game itself was fun for the most part. However, it gets very tedious and you will hear the same sounds over and over. Regardless, if you liked Gal*Gun 1, You will enjoy Gal*Gun 2 for the most part. If you are new to the franchise, this may not be for you. Watch videos and gameplay to see if is something for you. 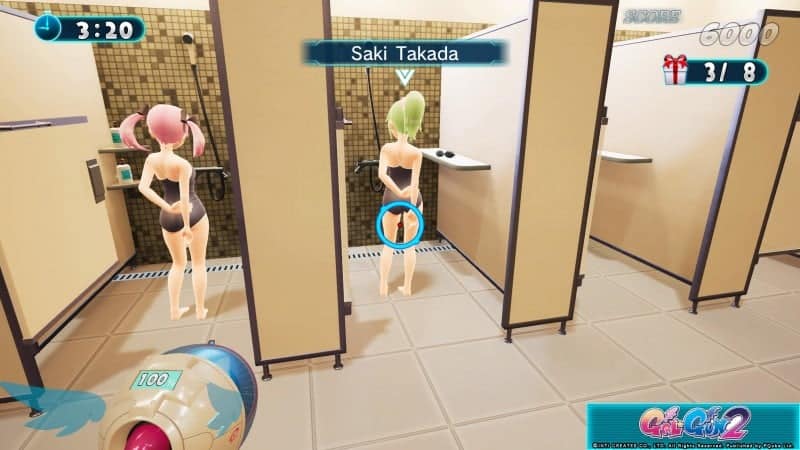 Until next time, Mgs2master2 out!
*Once again, thank you to PQube games for the review codes for PS4 and Nintendo Switch. It is very appreciated.*