This won’t be a typical news post but should rather encourage the tinkerers under you guys to go hunt for game exploits yourself.

As you by now should know, h-encore uses a savegame exploit in a demo as entrypoint to start the exploit chain.. The long time sceners will now have their PSP flashbacks as game exploits were a huge topic back then. Be it for downgraders in the VERY early days or for the VHBL releases quite recently, games were always popular entrypoints. And the process of finding those isn’t as different!

If you want to hunt for savedata exploits on the PS Vita, follow this guide: https://t.co/pZ09oCIxBX

Of course there aren’t as many games for the Vita as for the PSP in the first place and the list shrinks even further taking out all the games with ASLR (all details in Flow’s tutorial!) but as you saw from the h-encore release, it is indeed possible!!

Now we are expecting a firmware update any moment now and my BitterSmile exploit WILL be patched. But with another game exploit in the backhand and a little luck we can have h-encore running again the very same day! 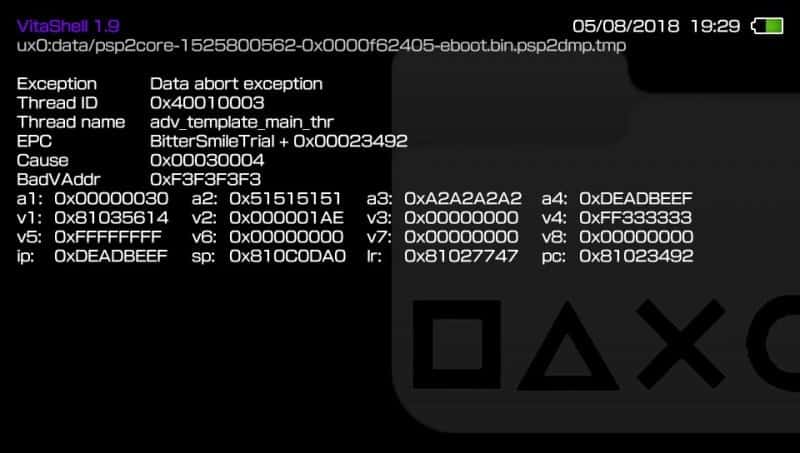 So I can only encourage everyone to give it a try as its not only a great way to get started in understanding how exploits work but it’ll also help everyone else! In case you think you are up to something make sure to let TheFlow know!

How to find savedata exploits – (via github.com)

P.S: Shameless self advertising: Here you can find the equivalent on what this process would look like for PSP games which might be a little more detailed for those of you wanting to get started.