Anymore, Limited Run Games might be a household name. But today we wanted to dive in just a little bit deeper to let you know who these people are. Then show off their E3 event as it’s a big focal point for the indie gaming scene. Lastly, we discuss what they have coming out over the next year.

‘We are Limited Run Games, a publisher of limited run physical games for PlayStation Vita and PlayStation 4. We focus on bringing games that were previously only available in a digital format to a physical medium. We’re game collectors and players who fear the prophesied all-digital future. We hope that we’re not crazy to think that there are other people like us that still want physical games.

Limited Run Games was founded by Josh Fairhurst and Douglas Bogart in 2015.

At Limited Run Games our releases truly are limited. Once a game sells out, it will never be available from us again! We believe that as collectors and consumers you should be able to trust when we say our games are limited. They are!

All Limited Run Games are part of the Limited Run Collection with each release being numbered. All releases and their numbering can be easily identified by the Limited Run stamp on the back of the game’s cover.

Our goal is to serve gamers and collectors by bringing physicality back to games. Please support us in this goal and try to collect the entire Limited Run Collection! Limited Run Games is a publishing offshoot of Mighty Rabbit Studios, a game developer from Cary, NC. ‘

Their E3 Announcements in Plain Text: 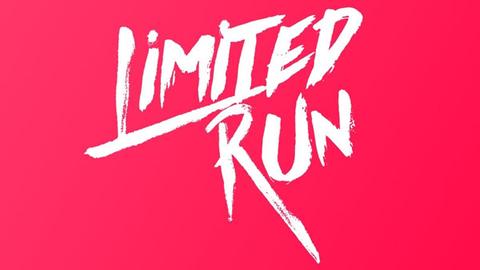