Well SX OS has been out since roughly 3 days now since Team Xecuter released their SX Pro and the accompanying CFW called SX OS. True to their statement that they would provide everyone with constant updates SX OS has already gotten its first Update to version 1.1 which added a few nice things but also one very very important thing to NOT get banned that fast while using SX OS.

This thing I’m talking about is the ability to use the Certificates of your Games online without using a cleared (“FF FF”) Header. Cleared headers are very easy for Nintendo to distinguish and even if you used your own Cartridge Backups with SX OS Version 1.0 it would have simply ignored the legit Game Certificate. 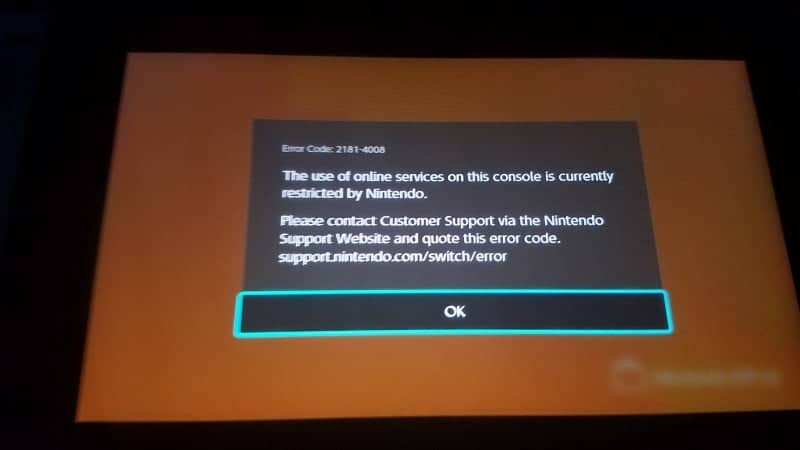 Since some people have already had their Switch banned (Mostly for Idiotic CDN Downloading or Messing with their Profile Picture through DevMenu though) I’ll try to make a simple write-up on how you can possibly keep your Switch a bit safer to that it won’t be banned that easily. Take all of this with a grain of Salt though since nothing here is completely Ban-Proof. If you really don’t want to get banned then sorry but you probably won’t want to use SX OS then.

First off the biggest Ban Risk are those “Wrong” or cleared Headers on the Game Backups. If you made your own Backup they already have a legit Game Banned and can safely be used for online play but if you got your Game Backups from elsewhere™ then they most probably have a cleared Certificate which is VERY easy for Nintendo to see and instantly ban you.

Since Nintendo beefed up their Security heavily on the Switch even if you inject the header of another Game into that specific game the Header still won’t be legit. I would still advise to at least inject a header of one of your privately bought games into these Backup to at least have them appear somewhat legit while they reside in your Home Menu. If you go and play Online Games with those Games with FF FF cleared Headers or with the non-legit Headers, you can be sure to instantly get banned though.

The second big Ban Risk is having the functionality of the Switch enabled which shares the Error Codes you may encounter using Homebrew with Nintendo. You can find the Toggle for this under System Settings->System at the Bottom. It is called “Share Error Information” 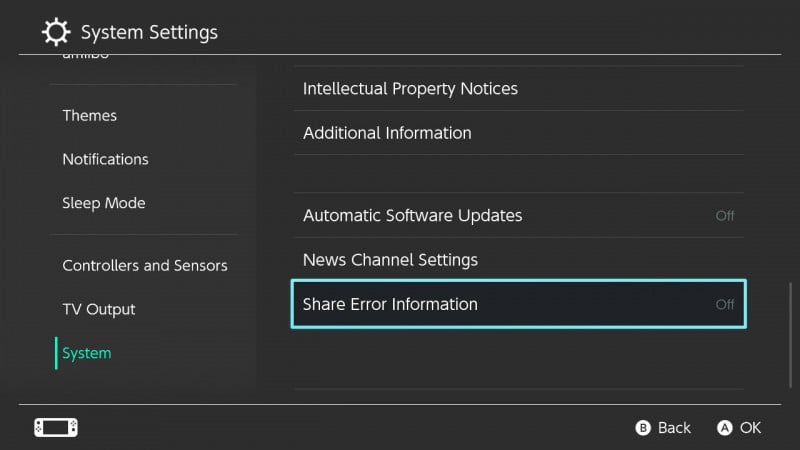 Just set it to off and you are at least a bit safer. This doesn’t turn off all of the Telemetry Nintendo does but it at least “cripples” it a bit.

The following things aren’t really connected to the use of SX OS but rather things that should be noted whatever CFW you use. For the love of God stop using things like eXShop and BogInstaller to install games from the eShop that you don’t own. That’s literally knocking on Nintendo’s door and telling them straight in the Face that you want to be banned.

You won’t be able to boot those downloaded Games anyway since there are NO Signature Patches any current CFW that would allow for such things. Also I know the Switch DevMenu can finally be used on Retail Switches (No you can’t install .nsp files yet since current CFWs have no Signature Patches) and some people found out that you can change the Profile Picture of your Switch’s Account. As cool as that is those Pictures are actually shared and available to be seen by everyone. Even cooler right? Yeah, that’s also just asking to be banned. There is a reason why Nintendo doesn’t allow us to upload our own Profile Pictures and the recently found that someone used an actual C*ck picture as their profile picture, which then got freely shared in Super Mario Oddysey on the Ballons in Luigi Run just underlines that point further.

To conclude this: There is no real way to be 100% Ban Proof and since this is very early in the Switch’s lifetime and we didn’t have a Banwave yet to check for which things Nintendo bans people this is to be taken with a grain of salt. Something that we very clearly know though thanks to Reverse Engineering is that using cleared Headers or Headers of other Game online (as an example using Pokken Tournament Cert on Splatoon 2) WILL get you flagged and banned.

As for the Error Codes, we don’t know yet but coming from other Consoles it is very probable. Number 3 is just a security measure to not get banned through the things mentioned in number 1. Lastly, eXShop and the Profile Picture changing should be self-explanatory since with the former you simply download the games directly from Nintendo (Yes that worked on 3DS but Nintendo heavily beefed up the Switch security so that this doesn’t happen on Switch again) and change the Profile Picture which is impossible by any normal means.