Today we’re taking a lot at the many products that VideoGameBoxProtectors.com has. This website, as their name states, is a place where you can get varying box protectors of different sizes. All of them that they sell have the sole purpose of protecting your collection as it continues to evolve, grow, and also age. There’s a lot to discuss on the topic of these products, so let’s get into the nitty gritty! 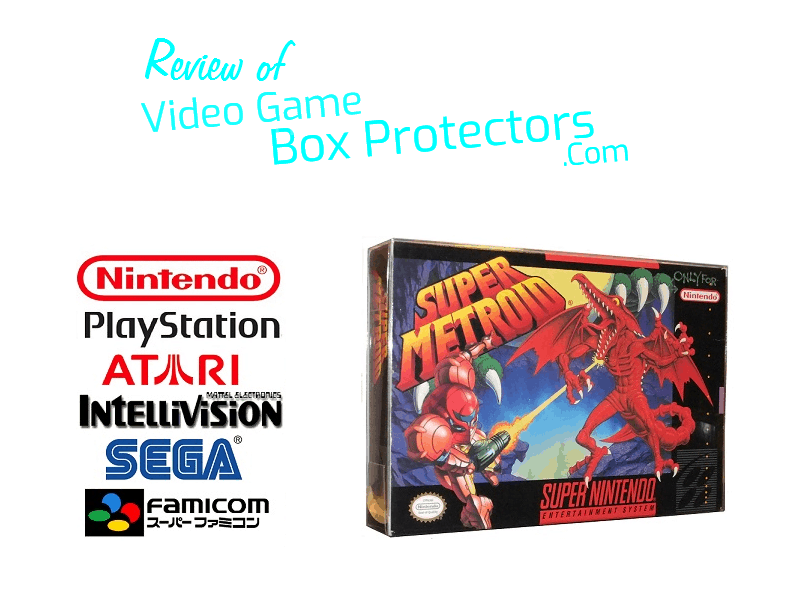 ‘After much success on eBay and collector forums such as Nintendoage.com, we sought to create an online store for collectors to shop conveniently with a discounted price over eBay. In September, videogameboxprotectors.com celebrated 1 year as a successful website. Now in our second year, we are rolling out a new website with an easier to use shopping cart that will eventually offer bulk discounts automatically.

We feature custom size archive grade plastic boxes for video game collections. As collectors ourselves we understand the thrill of acquiring complete, mint condition games and the desire to preserve their condition.

Thanks for your support and check back for new sizes.’

First off, I think I’d like to bring up the fact that this review doesn’t just cover the box protectors themselves. It is sort of an amalgamation of the site as well as their products. I’m going this route this time mainly because the website itself is named Video Game Box Protectors meaning that they focus exclusively on that one product and doing it as well as they can.

So to start with, I really would love to mention the website’s great shipping options. I usually dislike the post office, but I think the post office is a perfect happy medium considering that this website doesn’t send you massive boxes of stuff. As you may have seen in the unboxing video, the protectors all arrive completely flat so that helps. But yeah, you can find out your estimated shipping cost on their site, they do worldwide shipping, they process the order in under 3 days, and you get shipping notifications by default. It’s a pretty seamless little setup that they have going on there.

Next, I would like to mention their discounts. This isn’t something that companies normally do, especially ones that are on the smaller side. But I think that’s what is really going to draw people in and incentivize people to buy more. The discounts break down like this: automatic discounts start at 5% for item total of $150 up to 10% for an item total of $650. They even have further discounts for larger orders.

This might sound obnoxious to the average gamer, but to a collector or video game store, it makes sense. You’re most likely going to only want to pay shipping once so maybe you decide to break down and spend $150 on their site. If you do, wouldn’t it be nice to not have to pay all of that? The 5% would most likely cover the shipping costs anyhow. Very useful. Now, the rest of us will most likely never spend that in one fell swoop as they have really good prices on these protectors. But the discounts are there if you need them.

The last point that I want to make about the actual site is that they have a section where they sell off duds for a cheaper rate. So if you’re okay with a slightly undersized box or one where you may find yourself regluing an edge, that section is for you. They very clearly state that they don’t stand by the defects and they are on you if you get something that is unusable. But I feel like maybe people can get use out of them for other items than what they were originally designed for.

For example, on their site right now they have discounted Sega Game Gear box protectors. But even though Game Gear boxes may not fit in it, you can definitely put something in it that is smaller and the protector would just be slightly oversized. It may be perfect for a collector’s edition box for a Switch game for example. And at 50 cents for one of them, it’s worth trying out to protect your games for longer!

You will be the first one to pop the plastic boxes open and put your cartridge or game box inside. I feel tremendously relieved about this. I was actually afraid that the things would come in a big box, fluffed open and stacked with each other. That makes the protectors run the risk of being crushed since they would’ve been hollow. But again, they didn’t do that and I was happy. 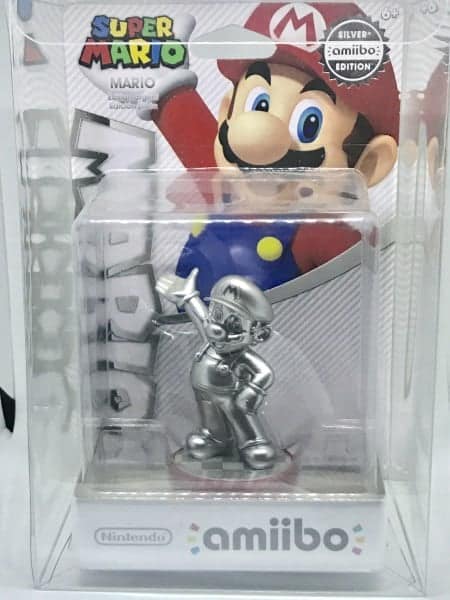 There are some really great benefits here with these, but let’s go through the obvious ones first. First of all, it keeps dust out of cartridges and off game boxes. This only really matters more for carts as you will not have to clean them like…ever.  I also love the snug fit on these boxes. They are not too tight that you have to squeeze your item in, but they hold it so that the item doesn’t slide around inside the clear plastic.

Luckily it’s not that way, otherwise, you’d have small obvious scratches on the inside of the plastic. I also love that they’re thicker than what I thought that they would be without being too thick. Being too thick would’ve muddied up the look of the game. Being too thin would’ve not been very protective. No, they got it just right so that I can be worry free when it comes to my cart’s stickers. I never want them to become scratched or torn.

But now let’s talk about the less obvious improvement that it brings to the table. It was something that I noticed immediately and for me, it makes the world of difference. And that difference is with my Nintendo 64 cartridges. If you own any of them and they’re not boxed, you’ll know that they’re pretty impossible to stack except one way. Other game carts you can lay them on their side, stand them straight up, whatever. But with the N64 cartridges, you are pretty limited since they have a rounded top to them. But now, with the protectors on the cartridge, I now have a completely rectangular shape. You can now stack them whichever way if needed. So if the protective qualities of these clear cases didn’t get you, maybe being able to stack your N64 carts will.

Now for the minimal list of downsides. I hate this section as much as the next reviewer. However, I wouldn’t be doing my job if I didn’t point out even the small issues. So, the first and main issue that I ran into is that some of the smaller box protectors can be initially hard to expand. Same with the thinner ones such as the PS1 protectors. I can’t quite pinpoint the exact reason for it and it’s only frustrating in the first place. Once you have it established, you won’t need to worry about it again, it will keep its memory. Just be careful and patient when opening the protector that very first time.

The only other thing that stuck out is the Virtual Boy cartridge sleeve that they send me. Even with taking off the little contact protector that Nintendo gives you with Virtual Boy carts, the thing still wouldn’t fit. Now, to be completely clear, I’m not certain if this is a manufacturing issue or otherwise. It could be that someone just grabbed the wrong one and labeled it as a Virtual Boy sleeve and sent it to me.

It could be that they have the wrong dimensions on file for the sleeve and nobody has really purchased any and corrected the company, though I’m doubtful on that one. Whatever the reason, I couldn’t get Virtual Boy to fit, but Gameboy and Gameboy Color cartridges definitely fit. That’s why I figured that maybe whoever labeled them just grabbed a Gameboy sleeve and labeled it Virtual Boy. I made a very quick video of it down below.

So as you can clearly see, the pros outweigh the cons, it wasn’t even a contest. I think that the one issue with the Virtual Boy sleeve was just a fluke on their part. I’m willing to bet that if a similar fluke happened to you, they would fix it. But I really doubt that that is something that happens very often, if ever. And the best part is, I still got to use the sleeve because I have Gameboy carts and plenty of them.

I didn’t even get into the fact that the variety is so vast with these guys. They even have stuff for personal computers and VHS. Video games need to be protected, but so do other things in your life and this website is here for you. They have cases even for video game systems not mentioned here, but I didn’t have those systems or games yet, so they only sent me a protector for stuff I could actually test. But be aware that they have Intellivision, Turbo Grafx 16/PC Engine, Famicom, Super Famicom and so much more on their site. If you’re looking to get another insert for your Gameboy box to hold the cartridge, they have those too! This site is just bonkers and here for you as a collector or budding collector. All for tremendously affordable prices by the way!

I can’t say enough good things about their site and I hope that you get to buying stuff from them. The orders are processed quickly, they arrive in a decent amount of time, and they arrive in one piece because they’re packaged correctly for what they are. The games you have in your collection can stay in it for longer with these products!

If you want to check our their site and products, click here! 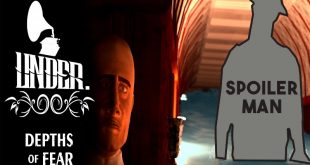