Here at Hackinformer we love hacks, exploits, and modifications. It doesn’t matter if it’s on the most modern system on your shelf or the retro system you’ve got connected to an old CRT. We want you to be aware of every modification you can do, hands down. Today, we’re taking a walk down memory lane as we look at some mods that can be done to your Sega Genesis (model 1). These come to us from the new website HD Gaming Mods. Let’s dig into what this mod offers and what you can expect in terms of quality. 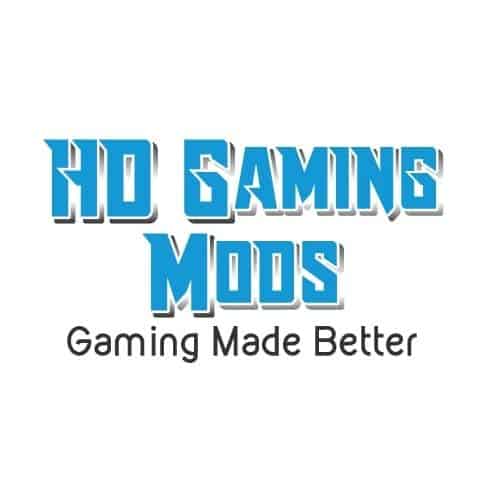 As far as the pros are concerned with the AV modification, there are plenty. First of all, I think that the price is right for what you’re getting. This audio/visual modification clocks in at $30.00 (USD). And despite the price being an obvious pro, there are some other key features come with it. The first and best feature is the fact that, while RCA isn’t the best quality, it’s tremendously better than the RF out that the system has by default. This includes a nice improvement in the audio as RF can’t be split. But now that there is an individual right and left signal for the audio, you can easily have it go to a receiver or a surround sound setup. Having a composite out video also means that if you want, you can have it go to an upscaler like OSSCs or Framemeisters.

The overall look and quality of the mod are some more great points to bring up. The mod itself looks like it belongs on the back of the system. It’s on the backside in a space that Sega completely unused. The video left and right audio ports are evenly spaced apart. And in regards to the spacing, they have space enough in between the three of them that you can fit thicker, better cords. Usually, the thicker ones that people buy are gold plated and have better shielding, so if you have some expensive composite cables, the spacing is a good thing.

The build quality here is so beautiful too. I tried to be rough on it, tugging on the ports for example. I also pushed the cord into one of the holes and pulled it out in rapid succession to emulate repetitive use. The goal here was to see if they would start to become loose. After noticing that they stood up to that, I would jam the cord in harder, but again, the quality of the parts used are absolutely high quality.

There only a few “downsides” and they’re so minuscule that they’re almost not worth mentioning. However, I’ll bring them up just for the sake of transparency. The biggest issue that I found was that the color of the composite holes are not what we’re all used to. The regular setup has the video port as yellow, and the left/right audio ports as red and white respectively. Instead, the video port is red and the left/right audio ports are just plain black.

Again, not a huge ordeal, they don’t have to be the proper colors. The part that bugs me about it is that I had to do some quick testing to figure out on my Sega Genesis which was the left audio port and which one was the right audio port. Once you have that figured out, you can label them and never have to worry about it again or just figure it out every time that you change around your configuration or move.

The only other con that I found was simply that the mod doesn’t include cables. Now, this is isn’t a problem for me or most collectors as they most likely have what is necessary already. But if you don’t have it, the actual odds of finding at least a 3 foot length of male to male composite cables in a conventional store in 2018 (and beyond) is pretty unlikely. To counteract this, at the same time that you send your Sega Genesis off to HD Gaming Mods, order some cables for it from eBay or Amazon at the same time. That way they can be to you in about the same amount of time that it takes to get the mod done and shipped back to you.

Now, what are the pros that come with getting the region free mod installed? Well, as I mentioned on the AV mod, I think that the $30.00 (USD) price point is so good. I don’t really have anything to compare the prices to, but considering this mod is hard to come by, I call this a win. It’s affordable and you can be hands off while they do the mods for you. This mod comes with its own positives though.

The first of which is the fact that it doesn’t just allow for you to swap just between NTSC-U and NTSC-J. This is usually the case and, for whatever reason, is all that Americans care about sometimes. They hardly ever want to import from PAL/Europe. Well, whether you want it or not, this mod lets you also play PAL games as well. Granted, you have to have a TV that supports 50hz screen refresh. Those are easier to find nowadays as people are selling off or giving away their CRTs. And before you say anything, yes, those exist in the US.

The build quality of this mod is just as clean and robust as the AV modification. The switch has, as I mentioned, three positions. There is a down most position, a center position, and a topmost position. They have a nice click feeling so you can tell that you’ve entered the next position of choice. I tried to move the base of the switch around to see if it would come free and it did not. It was quite solid indeed. The movable switch piece moves smoothly and effortlessly but feels like if you flipped it back and forth as fast as possible, you could break it. I’m not certain if that is even remotely true, but let’s not chance it. I still feel like the buildout of this mod was very high quality.

Alright, let’s get into the less than desirable part of this section of the article. What didn’t I like about the mod? Well, my major complaint is that there is no labeling for the switch positions. Now, let it be known that maybe some people won’t care. I’m not one of those people, I just forget way too easily. Who knows if up, middle, or down is the setting that you want. You’ll have to experiment to figure it out. Me personally, I will probably find a nice, clean way to label the different positions. Maybe just a P, U, and J respectively, that I’m not certain of yet. But if there are months gap between playing the system, you may forget too.

The only other squabble is that the switch that was chosen is a bit tall for my taste. Now it could be that they simply use this switch because it is the only one available that fits the look of the era that the Genesis comes from. Maybe it’s because the switch is the only one available that has three individual positions. Or maybe it’s just to keep the modification cost low. Nevertheless, it’s not a big ordeal, I just feel like a shorter switch would be cuter and more practical.

Note-You can see the quality of the aforementioned AV mod as I used it to capture the gameplay for this video.

I just want to start by saying that these mods are practically essential in 2018. To have AV outputs that work and look better and work better than RF is a godsend. The region free switch is probably the most useful of all for true collectors. It could also be good for any retro gamer who travels the globe. The av output gives me a new ambition to play my childhood collection again, and this time with better quality than how I played them in the past. The fact that these mods breathe new life into your retro console is one reason of many to get this mod done. But there are other points that I haven’t even brought up yet.

Let’s talk about the fact that you can actually bundle these mods together on the HD Gaming Mods website. If you choose to get both, they are $50.00 (USD) bundled together. This not only saves on the cost of the modification, but it also saves on shipping as you only have to send it once. The quality inside of the system is just as great as the outside of the system. They only use the necessary length of wire, for example. This way you aren’t getting a mess inside your system and they don’t waste their own precious resources. There are also no rattling parts or broken parts inside of the system. To the untrained eye, this mod looks like it was just part of the original off the shelf device.

Best of all, if you send your Genesis off to them, your turn around time on average is not more than a day. This is pivotal in our current day and age as some places usually quote you a 72-hour turnaround. Now, there are some caveats to that. If your device arrives to them and it’s in a line of other devices that they’re working on, you will see a minor delay. Or if your system is bogged down with filth, them tidying it up is going to cost you some time. But if you’re patient in every regard, you’ll have your device back in your hands as quickly as they can manage it.

And remember, your Genesis is in their hands and they want you to be happy to order some more mods in the future. You’re both on the same team! So the bottom line here is that these mods are yet another Hackinformer endorsed product. Get on it now before HD Gaming Mods gets so popular that you’ll have to have a longer wait for your mod!

The website is up and running, but it is still in beta, be patient with it!

If you want the Region Free Switch added to your Genesis, click here.

How about a combo of both? Sure, click here. You save $10 bundling the services and you only pay the one shipping cost!

@V1RACY
Previous PlayStation games could require a key for activation in the near future!
Next Take a dead laptop and turn it into an inexpensive display