Not to be confused with Forza Motorsport Racing games, the Forza Design company is the last wall mount company that we’ll be talking about. So far in this series of console wall mount reviews, we’ve discussed Floating Grips, HideIts, and Borangame Mounts. So what does Forza bring to the table that the others didn’t? Is the price right? Maybe this mount is the worst of the bunch. Don’t worry, I’ll let you know. Let’s go, shall we? 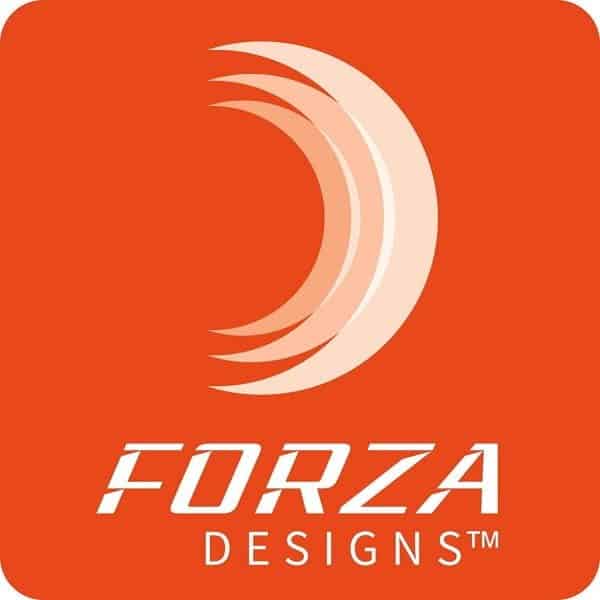 ‘Xbox One S Forza Wall Mount is unique and innovative. Allows the owner of Xbox One S game console to proudly display it on the wall to match the flush appearance of a mounted flat screen television. In addition, our patented video game console wall mount protects your console from accidental kicks, liquid spills, or from pets and children.’

Here is a comparison of the prices of what they have compared to the equivalent models that other sites have:

There was the obvious dent in the metal that was there upon opening the box (see my video above). The box is a thin box and it was shipped only in a bubble mailer. I’m not certain if it’s a good or a bad thing that I was able to use my bare hands to bend the small dent back into position. I’m sure that that means that some people will be hesitant to buy the product knowing that that could happen in transit. But there are other factors to consider here. Maybe they were sending me the review unit and were just trying to keep their costs down. Or maybe when they ship out multiple mounts to a house, they use a box.

Whatever the issue may be, there are more things to consider here. The metal is thin enough that it can be bent in transit and bent back by the human hand. Maybe not something that you want holding up your $300+ video game console. The paint was also relatively scuffed and scraped up by the time I opened the box up. These are things that don’t necessarily bother me since they’re all remedied by the fact that your system is hiding the scratches. What I’m sort of confused over is why they chose a glossy paint. I can’t imagine that having a gloss paint is cheaper than a matte paint, but maybe I’m wrong here. Nevertheless, as I said, these aren’t really noticeable once you’ve put your matte system into the mount. So again, why bother with a gloss finish?

This part was amazingly easy. You do the standard act of using a level to make certain that your system won’t be at an angle. Then you just make a dot with a pencil in the four holes of the mount. Toss the mount out of the way, drill holes, then sink the drywall mounts into the holes. Place the mount back in place, pop the screws into the four holes and your mount will be on the wall in a nice and clean as well as sturdy fashion. I have to commend them here. The process was tremendously easy and the instructions that come with the mount are so explanatory with color printed images and plain English. They did a great job here, no complaints!

While this is, by far, the most compact, minimalist, discreet XBOX One mount to date, I still don’t find it to be the very best one out there. It is in the top three though. When your XBOX One S is slid into the mount, it only covers the black part and that is truly amazing. I have to give them credit where credit’s due as it’s barely holding onto the system and yet the system is snug. And the fact that you have a little plug that holds the system in place so that it stays in place is also a great idea. It really just looks like the XBOX One S is sitting on the wall! I’m not certain that any other mount that I’ve reviewed where a console slides in place has that. The easy installation really earns this product a lot of points too! I was glad that this thing took zero assembly and took no time at all to hang.

But all of the rest of the trade-offs are there still. The malleable metal as well as the scratchable glossy finish. It just makes it really hard for me to recommend this to 100% of people. Let me explain that differently. I think that there are people out there, myself included, who are looking for the most compact way of hanging an XBOX One S on a wall. And this is truly it, there’s no more compact a way than this. But the people I wouldn’t recommend it to are people with children. I feel like kids could and would play with the plug and pull it out. Maybe that isn’t a big enough threat to you. But then the mount itself is so flimsy that the thing literally vibrates when you jump or run around in the room.

I tried to film this, but the vibrations are so small and slight that they wouldn’t show on film like I could see with my naked eye. Yes, I put the screws all of the way in, but since there was a dip in the middle of the whole thing, it still could vibrate. I think the only way I could recommend this to households with kids is if there was just one more screw hole in the middle. It wouldn’t matter if you had a slight bow in the system, you could just screw that middle down. Yes, I could bore a hole into the middle, but I feel like a little more R&D would’ve yielded this realization for Forza designs.

All in all, I feel like I can’t give their products a fair shake. They have 5 separate models of mounts and I only got one to test. Maybe my one mount was a fluke, but I have a hard time judging their products (plural) if I’m only given a product (singular). It’s always the company’s choice what they send out to let reviewers look at and test out. This is the first time I’ve seen any damage from anything I’ve reviewed. I know that if I had received 3 products to review, for instance, I could give you all insight on the individual mounts as well as the company. With just one, I’m not certain if all of their products arrive this way or if I just got a one-off issue. I’d like to believe the latter, but I can’t prove it. That’s also why my article seems to be shorter than all of the other mount reviews that I’ve done, I’ve had more to assess, discover, and share with you all.

Need to purchase one of the XBOX One S mounts? Click here.