Every year Planet Comicon is touted as the premier nerdy convention of the center of the US. You might think that that’s not a big deal, but they get big names every year and it generally is a good time! Was this year any worse or better? Did it feel like the same old’ thing, just rehashed for 2018? Where did all of the Homestuck fans go? That last question I’m unsure of, but let’s look at the rest! 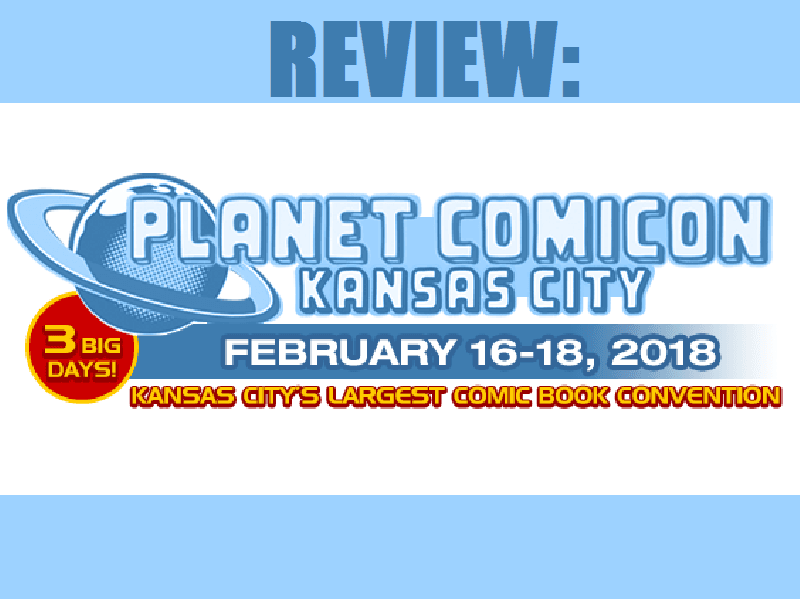 First, we’ll start with a video tour of the main hall:

Oh man, the panels this year were aplenty across all three days of Planet Comicon. We couldn’t go to all of them obviously, but we went to as many as our schedule allowed. It started on Saturday with a panel featuring Danny Trejo. He was ultra funny and just exactly what you’d expect him to be like. There were no surprises of him like being a mean or jaded/cynical person. He was truly great. Then we ate some food, which took a while because everyone had the same idea at once, but was delicious nonetheless. Then we made certain to hot tail it over to the line for the panel where the guys that worked on DC’s Metal comic were talking and answering questions. It’s always interesting to hear about how things like comics, movie, TV, and games come together. We didn’t stay terribly long because we knew the line to the next panel would be loaded. And we were right, it was for Mr. Charles Martinet. He, as you may know, voices Mario, Luigi, Waluigi, Wario, and their baby versions. Also, he does some non-Nintendo characters too. But anyway, his panel was as joyous and light-hearted as you can imagine it might be. He was my big go-to for this weekend and I’m glad that we made it.

After that, we went to the room promoting Paracon (paranormal convention in late summer). They were screening a locally made and crowdfunded werewolf movie called Bonehill Road. That was a fun change of pace from the rest of the convention, plus, who doesn’t like scary movies? When that was over, we had a little bit of time to get a drink and head over to the line for the cosplay competition, the details of that are in the next section. The Sunday panels were fewer but we still made it to one of them. We spent the first few hours really getting deep into the vendor hall and buying things, more details on that further down the page. The first panel of the day that we made it to was for Alan Tudyk. That guy was the most exciting, active, hilarious, kind, giving panel that I saw all weekend. It was just really fun overall and I didn’t want it to end.

The cosplay competition was an absolute treat this year. Abby Darkstar and her husband Keith Zen cohosted with the local YouTuber who’s name I can’t remember for the life of me, nor can I find it online. I thought that it was much better than years past, although I can’t quite put my finger on why I feel that way. I’m guessing that since there were just more great cosplays than other years, it made it more fun. Also, the banter was definitely funny and there were little to no hiccups for this live event. We took a lot of pictures at the event, below is a video of every picture we took. There are some non-cosplay pictures in there as well as some VR video, but it’s all still a delight.

One of my favorite things to do when we visit conventions is to walk around the lines of people that are there for autographs or photo-ops. It always gives me a deeper feeling of excitement at the convention. You hear people telling each other about maybe meeting the celebrity in the past. Or maybe they’re anxious and excited to meet them for the first time. I saw a little girl practically shaking in line with nervousness to meet Matthew Lewis. But it wasn’t just her. The hustle and bustle from every one of waiting in line to get to meet their favorite hero was strong all weekend long. The lines never seemed to end and there wasn’t a scare or empty line in sight. The best part of not seeing a wimpy line shows that for this 2018 Planet Comicon, they were able to get more relevant names and faces. Thus adding to the already great weekend of panels and other activities. But seriously, if you ever want to have a sense of pride about your local convention, visit the area where they’re doing autographs. If there are loads of long lines, you’re at a good one.

The vendor hall to me should always be a secondary thought at a convention. If it’s a good convention, there will be plenty of celebrity personalities to meet and take photos with. They’ll be plenty of activities planned. You’ll also have a good dose of enticing panels and game rooms as well. The vendor hall is for doing if you choose to, not because you have to. I’ve been to some less than grand conventions where there is nothing to do but walk around a vendor hall and you only have so much money to spend so you either walk around or you sit all day. I could do that at home for free.

But I digress, the vendor hall this year was something that I was able to make time for and that’s the balance I want to have at a con. I tried to stop at as many artists, artisans, resellers, and vintage booths as I could. My goal is to stay away from booths that just sell weird unlicensed art or clothing that was downloaded and printed from the internet onto decals and shirts. I just feel like that’s a little too unsavory for me. I’d rather give my money to the artists who generated a unique idea, knew the most beautiful way of executing upon it, and then sold their stuff for what it’s worth. I don’t like people who exploit fanships. Like, there are fans who love Harry Potter, right. So these vendors print some Harry Potter-esque font on some shirts with a movie quote and charge 4x the cost it took to print some iron-on shirt decals. I’m not saying they didn’t work hard, I would just rather buy the officially licensed clothing. It looks better, feels better, and it lasts longer.

The vendor hall was so full of great vendors that I almost felt it necessary for me to personally apologize to all of the ones that I couldn’t buy from. I bought as much as I could and spent more than I originally intended on spending. But I tried to give my money to the right people and spread it evenly across all of them. I think that supporting the right people is important in getting them to come back time and again.

My only gripe was the volunteer lady who told us that we can’t take pictures during the DC Metal panel and the Charles Martinet panel. But let me give you some context first. Before every panel, a nice man would come out on stage and remind everyone not to record video (because cameras up for long periods time block others’ view). And he also mentions that there is to be no flash photography (to not blind the guests). So, the woman comes over in both panels and tells us to stop. We informed her that we weren’t recording video, she then said no flash photography, and we told her the flash was off (because it was). She then said that we were to have no recording devices of any kind active during any panels. I just gave up arguing. So the only pictures we have of those panels were all that we could take even though we clearly had the large “PRESS” badges dangling from our necks.

To me, it wasn’t as big of a bummer because I’m doing it for work purposes. I’m more upset for the young girls who wanted to take pictures of their idols for memory sake and the woman shut that down too. That breaks my heart like crazy. I’m throwing this minor thing here on the end in the off chance that the Planet Comicon officials read it. They know who was running the room those 2 times and they can address it with her if they choose to. If we were truly in the wrong, I feel like they would’ve said at the beginning to not have any recording devices out of any kind. And they would’ve amended the end of their sentence to let the media know how to take pictures. I think this is something that needs to be addressed as Planet Comicon will only get bigger and better.

@V1RACY
Previous PSVita: Whats going on, VitaShell ported to FW3.67?
Next Review of the Eon GCHD, HDMI Adapter for Gamecube 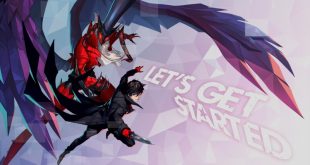