Switch Review: Azkend 2-The World Beneath

Today we have yet another mystical themed puzzle game. The title, of course, is Azkend 2: The World Beneath ($7.99, 10Tons. LTD) for the Nintendo Switch. This game has a ton of features and game play quirks. So today I’m going to really examine it from every angle and also find out if this port of the game is worthy of your time. 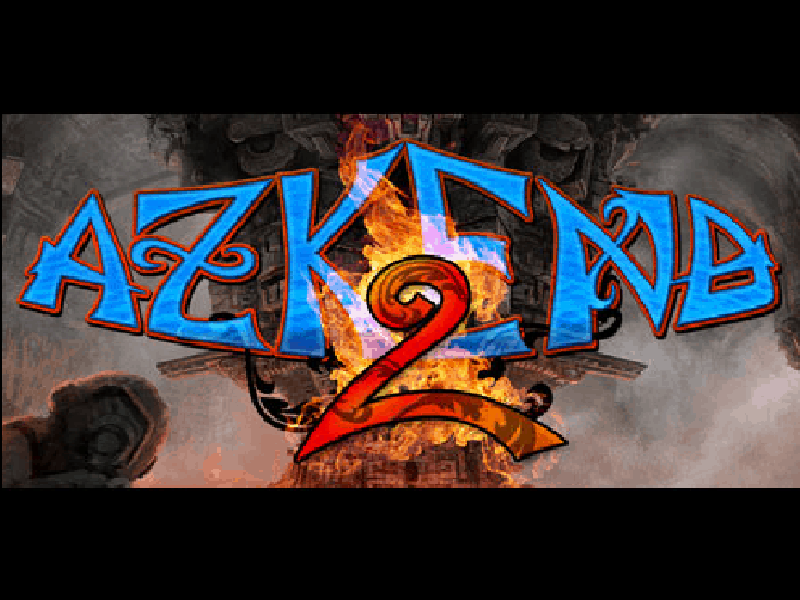 Here are the game’s features:

And a trailer for the game:

Honestly? The soundtrack in this game is leaps and bounds greater than what I expected it to be. 10Tons LTD. has a reputation for having good music in their games, but it’s always a bit repetitive. This go around since you play in different settings, I feel as though the variety of music is greater. I really can’t begin to explain what the music reminds me of. There is that 1920’s exploration vibe going on in there too. Something like what maybe you hear in movies like Around the World in 80 Days, Jumanji, or The Wizard of Oz (when they aren’t singing). Jonathan Geer has outdone himself again in this game. The vibe of the whole game matches up superbly with his compositions.

There are actually voiceovers in this game from the main character. The actress that they hired was very good at her job in this game. If she needed to sound hopeful, she sounded hopeful. There were times where you needed to hear the worry in her voice and that came through too. Really anything that she needed to convey I was astounded by. They really went above and beyond with this game.

I will say that the sound effects in this game during the puzzles can be a bit loud. It almost reminds me of all of the sounds that casino games make when you’re playing them. They just need to be adjusted so that you can focus on the game and not be deafened. I’m not quite sure why they felt the need to make the puzzle components so loud as it doesn’t affect gameplay at all. The sound effects in the story areas and mini game areas of the game are nice and balanced though. The sounds that they use from nature are as perfect as could be hoped for. 8/10 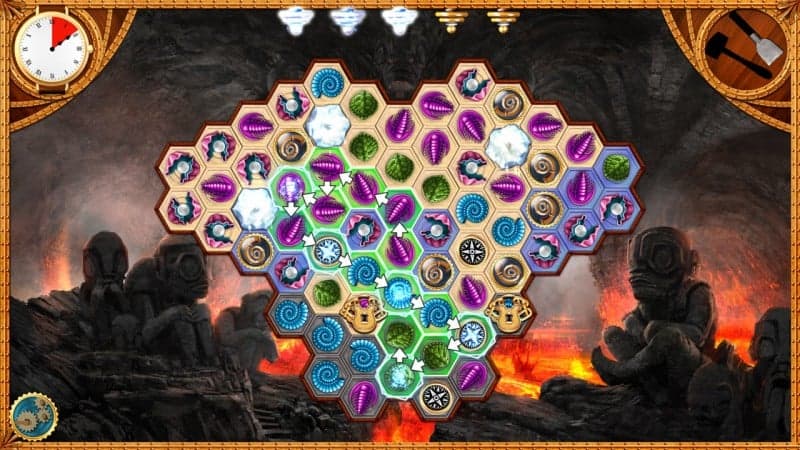 This game varies from Sparkle 2 and Sparkle Unleashed as the graphics in this are all 2D. Whether it be the fun mini-games in between the puzzles or the puzzles in the primary gameplay. And when you have a puzzle game where touching on items is key like this, then you should definitely be using 2D as this game does. I also think that it’s worth noting that there are several different locales in this game. The story is of an adventurer and the backgrounds behind the puzzles and the story reflect that. The gameplay is switched up depending on where you’re playing too and you’ll have new stuff to find in the puzzles.

The downside of the 2D is that it is barely animated. That would be my only real gripe about this title, visually speaking. There are, as I mentioned before sound effects to give you the feeling that you’re wherever the static picture wants you to feel like you’re at. Overall, this game’s simplicity is what is keeping me from having any real negatives about it. They chose a visual style to go with and not only does it work well, it keeps the download size down, thus giving you more room on your Switch. 9/10 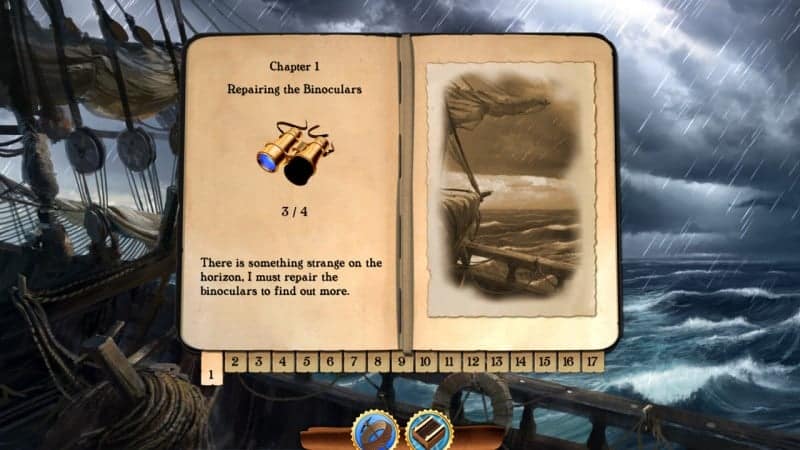 There are a lot of similarities that Azkend 2 shares, at its core, with Sparkle 2 and Sparkle Unleashed (both by 10Tons LTD.). So I won’t bore you with repeating all of the details. I would recommend that if you’re a puzzle lover you go read my Sparkle 2 and Sparkle Unleashed reviews. For simplicity’s sake, I will explain the mechanics of this game in a nutshell. That way if you’ve ever played the first Azkend game, you’ll know if this one differs. Or if you’re new to the Azkend series, you’ll know if this puzzle game mimics any others that you may have played. But all in all, this will help you know if you want to purchase Azkend 2.

Azkend 2 is a touch screen puzzle game where you connect matching pictures together. All that you have to do is swipe along a path of 3 or more of the same picture. You have no limit of how many of that item you string together. The only requirement is that they connect with the last piece that you touched. You can’t skip a different icon or go backward if you realized that you’ve missed one and should’ve gone a different direction to collect more. It’s a truly fun mechanic that I can’t believe that I’ve never played before in a puzzle game.

The overall level is timed and there is an objective in each one of the levels as well. The idea for most levels, unless specified otherwise, is to keep clearing the board until a special piece that harkens back to the storyline appears at the top of the board. Normally this piece doesn’t match any other piece on the board, so you aren’t trying to connect this piece to any other icon that you see. The objective here is to clear the board so that this piece can slowly move further and further down the board. Once it reaches the bottom of the board, the timer stops and you have completed the objective. At which point you’ve either found the last piece of a larger puzzle or you’ve found the main piece for the story.

Even if you’ve played a game similar to Azkend 2 before, they have features and add-ins that make this game one of a kind. At the top of the screen there are some Tesla coils and on the puzzle board, there are always some special icons. If you get the required amount of icons collected in one swipe, you’ll build up more energy in the coils. Once the coils have been entirely filled, they will changed icons on the board so that they may better match surrounding icons. This helps you match up stuff better so that you can clear the board quicker, beat the time limit, and get the special piece to the bottom. If you hit the specialty items, usually a pair of binoculars, it will help clear away other icons across the board.

The game does have a timer, as mentioned before, but in the beginning, it isn’t a stressful timer that runs out in a minute’s time. It’s more so to remind you that while in the story mode, you can’t just sit there and try to get as many points as you can, that’s reserved for other modes. It’s more to keep you on task so that you can do what needs to be done. Once the timer was filled entirely up with red then you have unfortunately ran the clock out. In the later portion of the game, to increase difficulty, the clock moves faster. However, by this point hopefully you understand how the powerups work and you can easily complete the puzzle before the time runs out. This game is more addicting to me that Sparkle Unleashed by far. Based off of its gameplay, if you’re a puzzle enthusiast, I would not miss this one. 10/10 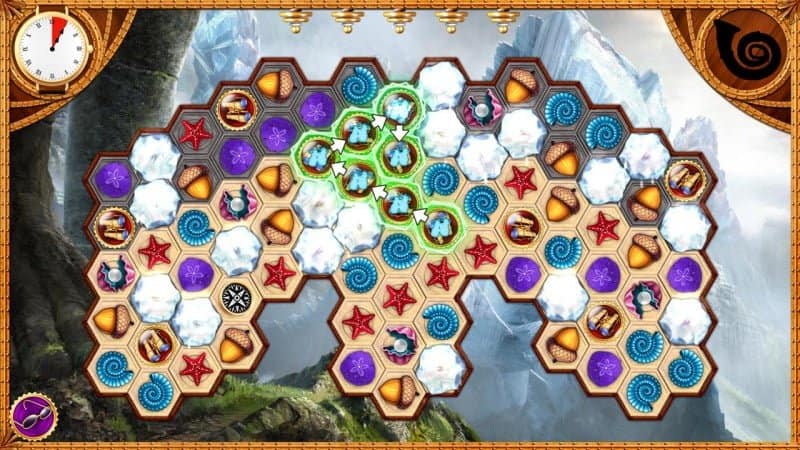 This game seems to have 8 primary locations in it with 60 levels spread among them. However, when you beat them all you don’t seem to be too well rewarded for your completion. I think maybe the fact that the Switch doesn’t have achievements or trophies at all may inhibit games like this from encouraging the player to keep playing the game. Besides the primary story mode, there’s only really 2 modes extra in the game so it’s hard to find longevity in it after beating it. There is Time mode and Medal mode available to you if you find the gameplay types appealing.

So Time mode is a challenge where you are given a lesser time frame to get as many points as you can. The time is restricted to two minutes for sanity’s sake and after the level is completed it will show you if you’ve beaten your previous score and will show the leaderboards so that you can see who else you may be beating or how much more you need to get to surpass someone who has gotten more points in Time mode than you.

With the Medal mode, things are a little bit different. This mode is not restricted to the two minutes like Time mode. This one gives you the original levels with their original time frames but ranks you on them. Each time you play it you can try to earn a more prestigious medal than maybe you had gotten in the past. This mode is more definite though because if you ace all of them and get the best medal on all of them, you’re bound to be tired of it just like the main storyline.

Personal and friendly competition within puzzle games never really appealed to me so once I beat this game, I felt like I didn’t get everything that I wanted out of it. I loved it so much I just wanted more and more puzzles. I think that having an Endless mode available in it or a Marathon mode that keeps going and getting faster until you fail, is the ultimate puzzle game must. 6/10 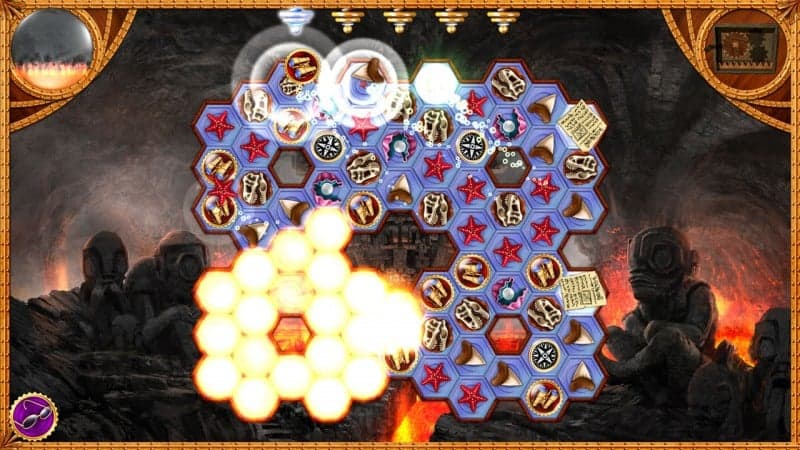 If you want this game, you can find it by clicking here.