Marble shooting connoisseurs rejoice! Another game in the ultra fun Sparkle series has made it’s way to the Nintendo Switch. This entry is simply titled Sparkle Unleashed (10Tons LTD.,$7.99) and does things a little bit differently. Is it better than its older brothers? Does it have that same great Sparkle formula? Or has it just entirely lost its marbles? Let’s jump right into it then, shall we?

Sparkle Unleashed is a match-three marble shooter action puzzle game where the player lines up and shoots colorful marbles to make matches of three or more like colors. Matched marbles disappear, taking the player a step forward in clearing the level. Powerups with spectacular effects are also an integral part of the game’s appeal.’

Here is the original launch trailer, it’s an oldie, but a goodie:

This game does a lot of the stuff the same way as Sparkle 2. My guess is that 10 Tons LTD. used a lot of the same assets and presumably the same game engine. So I think this time, I’m going to do the game review a little bit differently than usual. This is not a new way that I’m going to do reviews, mind you. I just know that I’d end up saying a lot of the same things, good and bad, about this game as I did for my Sparkle 2 review. So instead, what I will do is talk a while about the things that are similar, if not identical. Then, in the section following that, I’ll talk about what’s new and different. There won’t be a score rating on this review as it’s more or less the same that I felt about Sparkle 2. Go read that review if you absolutely need a score to help you decide whether or not to buy the game. No, this game will just infer how I feel about the game and that will give you information to help you decide whether or not you’ll buy it. 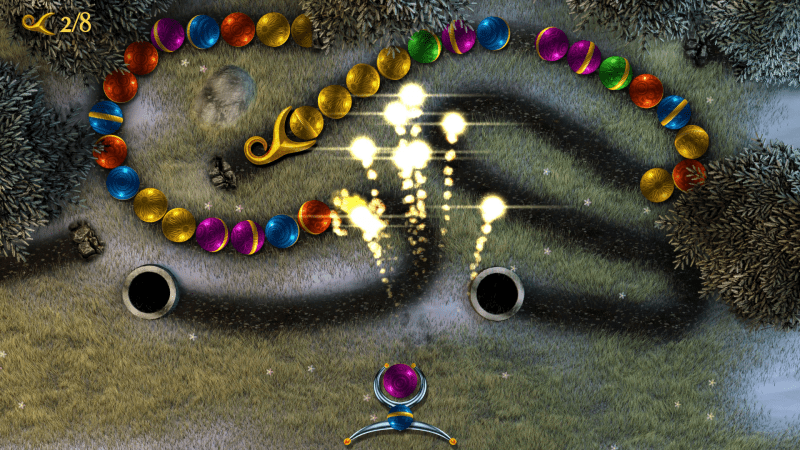 A lot of the power-ups for the marble destruction appear to be the same. I can’t quite remember if there are marbles that I saw in Sparkle 2 that I do not see in this one. You work across a map, tackling each puzzle one by one. The whole game is held thinly together by the loosest plot imaginable, just like Sparkle 2. If the soundtrack isn’t downright identical to Sparkle 2, I’d be surprised. If it’s an all new soundtrack, they use the same composer, Jonathan Geer. A couple of the modes appear to be the same as well. Featuring a Survival mode on top of the single-player campaign. They both feature a voice-over actor in the few short cutscenes that exist in both games. And again, it may very well be the same voice actor. I didn’t really check the credits.

The Switch’s speakers are the very same ones that you use in Sparkle 2 (duh) and I have the same small complaints. This game seems to favor the music a little bit more than the great sound effects that help with the game. By that, I mean having the audio chime every time that you pick up and/or use a power-up. This is so much more useful than having to look to make certain that the power-up was hit spot on. Or even if you don’t mind watching and confirming that the connection was made, the sound effects are fun and delightful and should take the spot light a bit more than the music.  I would use headphones if you want to experience this game for everything it’s worth in the audio department.

Both games have the exact same graphical style, fidelity, and charm. So as I said in the Sparkle 2 review, this game simply looks better on the TV. However, it looks damn good in terms of the smaller screen. Both looked great when on the Switch, I was blown away. But when you put it in docked mode you start to question how a game could possibly look any better, and it shows you. It would be just as great on the Switch if Nintendo upped the ante and gave us at least a 1080p display.

The replay-ability and longevity of a game like this kind of matters more on your skill level. Even if you’re great at a marble matchup game like this, there is just an extreme amount of content. Survival alone keeps the ball busting party going all night long! This game shares a lot with it’s sibling and honestly, that’s a good thing. 10Tons LTD. was not out to reinvent the wheel here. They took the everything that was great about Sparkle 2 and changed one major mechanic though. 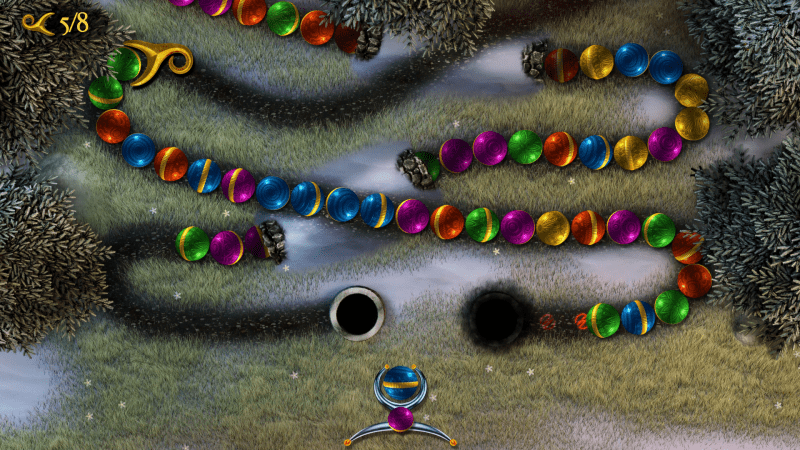 As you may have noticed, this game does not feature a small stationary cannon that spins and shoots colored marbles. No, this title doesn’t follow the old standard of marble shooting. This one takes the road less traveled. It seems to follow the path taken by games like Luxor. The cannon is no longer in the middle, but instead at the bottom. This small cannon can move left and right accordingly. You still can swap out the marble if you need a different color handy though, which is good. There are pros and cons to this change. The major pro here is the fact that now you shoot a marble a shorter distance. This means the furthest distance you will ever shoot is from the bottom of your screen to the top of your screen. This seems like it makes the game easier, but it doesn’t. So the main con here is that now the marble paths turn sharper and hug tighter so the closer it gets to you the harder it is to shoot to the top of the screen to maybe hit that yellow marble set that just needs one more to make it go away. This means that the power-ups are more strategic too. Although I wish there was a way to store power-ups and then use them when you need to.

This game also features extra levels over the previous entries in the series. Sparkle 2 had 90 total levels overall, nothing to shake a stick at. But this game has a whopping 108 built into it as well as the Survival mode. Making this game very much worth your $7.99 and your time (and space on your Switch). Best of all, this game comes with a new difficulty, Nightmare. I don’t know how else to word it other than, it will make you very mad if you are only decent at the game. You have to actually be good at the game to get a challenge out of it. If you’re bad at it, you’ll just have to go back to a lighter difficulty, practice, and get better. 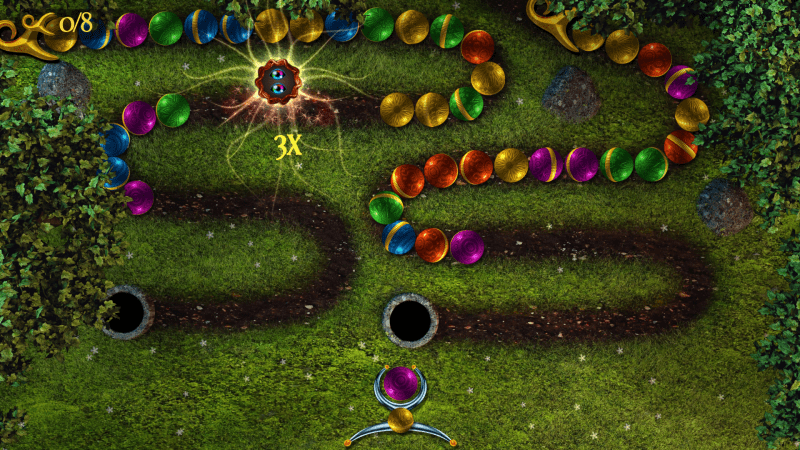 If you need to buy $10 of eShop money to cover the cost of the game, click here.