The cat (worried about a  new webkit exploit that leaked for the PS3) has only been out of the bag for a couple days now and Sony already pushing a new FW updated after a year later. Like normal, this firmware does not bring anything new to the system other than patching exploits, just like Sony says in the picture below. 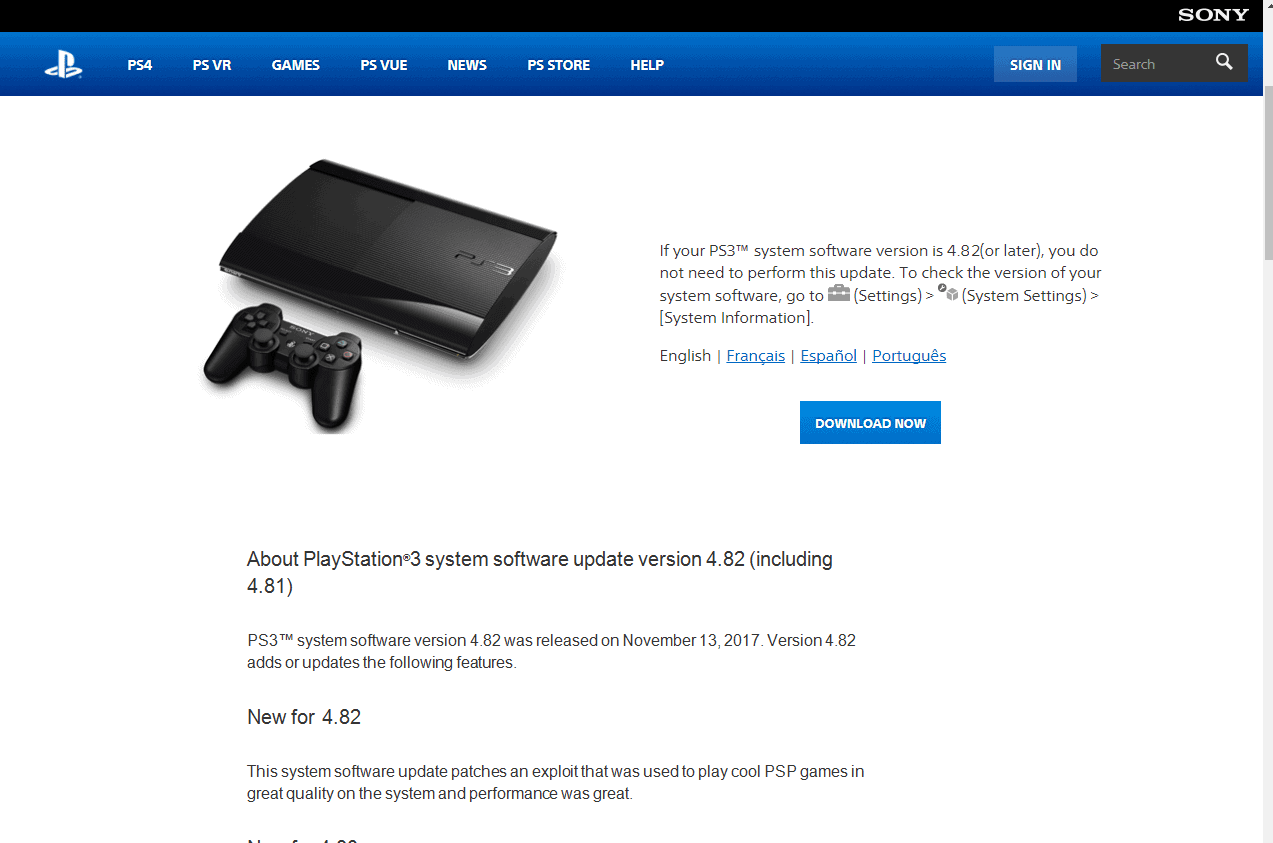 So just like predicted by several people on twitter, this update will most likely patch one or more exploits that will probably be used for the announced 4.81 Hack by team PS3Xploit and proof-of-concept-wise used for this IDPS dumper too.

Thank you, idiot who leaked PS3 webkit exploit, Sony has now fixed it and put out a new PS3 firmware 4.82. This is why we can't have nice things.

Now nothing has been confirmed or denied yet whether there is anything more patched than the WebKit entry point BUT if you are looking forward to finally hacking/downgrading your PS3 the general rule applies… DO NOT UPDATE… ever, unless told to.

This is what Team PS3Xploit had to say about their release:

Since it has been asked in many forms quite a bit, here is a slightly updated path.

1) All console models should be supported for some things, such as Flash Dump, IDPS Extraction, using root lv2 syscalls….and a few others.

So it seems the drama in the PS3 scene can and will never end but at least this quick update shows that Sony still cares about their PS3 system although it has reached their end-of-life cycle already!

Have a great day & stay tuned!