Biking indie Lonely Mountains: Downhill is on the right track

When I was little, I used to play mountain biking games whose names I do not even remember from time to time. Maybe that is why the currently developed Lonely Mountains: Downhill caught my attention several months ago. Or maybe it was due to its gorgeous design. Anyway, it was one of my most sought games at Gamescom 2017 and here is what I can tell you about it after playing the demo and chatting with Jan Bubenik, one of the developers. 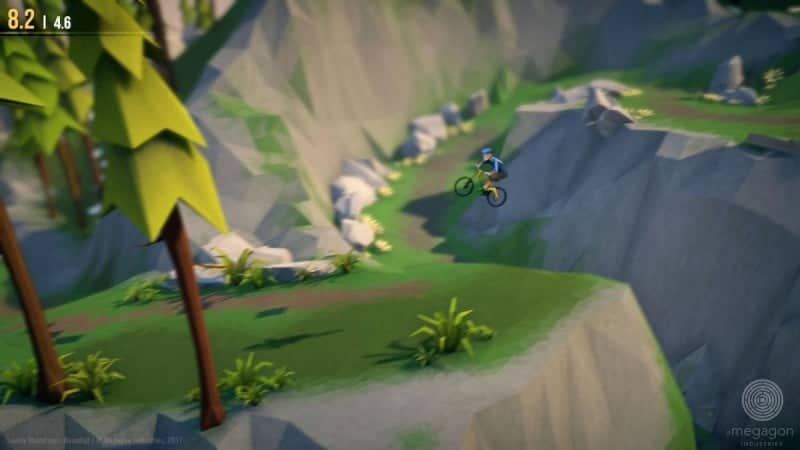 One of the two people actively working on the game, actually, who together form Megagon Industries, a small German indie studio. They have already made 2 mobile games before, but this is their first “big platform” release. The goal of Lonely Mountains: Downhill (often shortened to LMD) is relatively simple: to ride down the mountain in the best time possible.

The “but’s” here are that, firstly, there are various ways to get from one checkpoint to another, so finding the quickest way may take time. The best players at Gamescom finished the ride in about a minute (I made it to the top 100), but often it took them more than 20 minutes to achieve this. And secondly, the ride itself is quite difficult, the terrain is ruthless, and the crashes are so brutal it hurts to see your character fall off a bridge or bump into a tree. Overal, the game physics is really fun, the ride is very smooth. And personally, I totally dig the low poly art.

Controls are very intuitive and there are 2 types of them. The first type is a classic – you control the biker from his point of view. The second type, which relies on the fact that this is a third-person game, is much cooler though – the biker is controlled from the player’s point of view. I got the hang of it after a few crashes. Using breaks is crucial, but often I got away with just not-accelerating.

Various landscapes will be featured in LMD, some heavier weather conditions may appear as well, but probably only on the late-game tracks. Some passages were already difficult in their current form in the Gamescom demo and required absolute precision. I can not imagine what it would be like with, let’s say, the wind. All in all, the possibilities in this area are endless and it is only up to developers’ skill and imagination (and cruelty).

It has yet to be decided how many tracks (mountains) there will be in LMD. Maybe like 5 or something. There will also be animals, such as bears.

Both the character and his bike will be customizable in the full version of the game, using skins and gear found in the secret locations. The customizations will not affect the performance, it will be only a visual change.

Obviously, this is of interest to many potential players. Unfortunately, I must disappoint them a little bit. Online multiplayer is not planned. Maybe the game will support local multiplayer in a form of splitscreen. Then there will be a leaderboard for each track. The idea of “ghosts” is also toyed with.

This is very tricky. While Jan told me he would love that, he said there are basically 2 possible ways to tackle it: either it will be too easy-to-use, or too complex. Although the latter would probably result in many beautiful, fan-made tracks, the downside would be low accessibility for players, so it would not be used as much.

Right now, Lonely Mountains: Downhill is still far from being finished. The Kickstarter campaign is planned to be launched in October. The current phase of development is called “Pre-Kickstarter“. People can subscribe to an email newsletter, and when there are 1500 subscribers, the developers will broadcast an exclusive Pre-Kickstarter live stream. One stretch goal has already been reached: 1000 subscribers, which will earn them all an exclusive wallpaper. Yay!

The full release is planned for Summer 2018. The platforms in planning are Windows and Mac, the developers would also like to make a Switch version later. PS Vita version is not planned at the moment. In the meantime, subscribe to the newsletter or follow the game on Twitter, Facebook, and Instagram.

Lastly, here is the trailer for the Steam Greenlight campaign of Lonely Mountains: Downhill. It was successfully greenlit.

I was looking forward to Lonely Mountains: Downhill very much and my expectations were fully met. The game looks gorgeous and plays very well. I can only wish Megagon Industries the best of luck in the Kickstarter campaign and future development. The potential is there, it just has to be fulfilled. 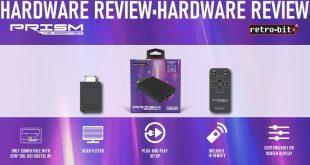 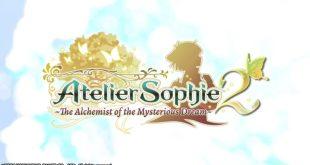