German publisher and developer Kalypso Media hosted a series of presentations for small groups of journalists at Gamescom 2017. We at Hackinformer were lucky enough to attend one of them. The first of them, actually. We were presented 4 games to be published by Kalypso Media within the next year or so.

If you feel like you do not know Kalypso, then let me list you several games they published and/or developed:

Let’s now proceed to present the games shown during the presentation, one of them being announced only a few days beforehand.

Another installment in Realmforge Studios’ dungeon RTS, which promises to be “bigger, better and slicker” than its predecessor Dungeons II released 2 years ago. In a role of the Dungeon Lord, players set to expand their dark empire using orcs, zombies and such, along with a new character, the dark elf priestess Thalya, the leader of Dungeon Lord’s armies. Players will also have various rooms and traps available at their disposal.

The game will feature a 2-player co-op, randomly generated levels, and single player campaign with 20 missions, twice as much as Dungeons II.

The release date has been set to 14th October 2017 on PC, Mac, Linux, PS4 and Xbox One. It is already possible to pre-order the game on Steam, which gives early buyers an access to closed beta. Check out the screenshots below or watch the recently released gameplay trailer to get a better idea. 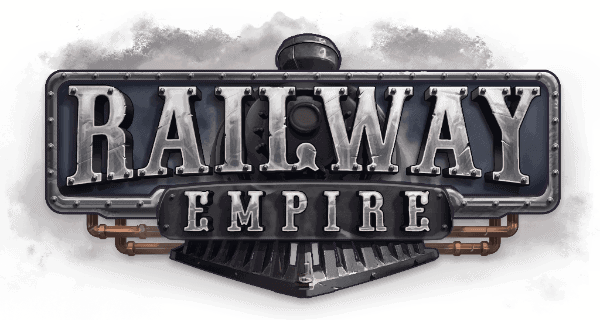 A brand-new tycoon developed by Gaming Minds (Patrician IV, Rise of Venice, Port Royale 3) was by far my favorite part of the presentation. Set in the United States between 1830 and 1930 and featuring over 100 cities, Railway Empire will allow players to establish and manage a railway company and eventually build a gigantic railway network. The game will contain 40 historically accurate, customizable locomotives with different uses (such as passengers and transport of goods). Gaming Minds promise various types of buildings and personnel, more than 300 technologies and 6 characters to choose at the beginning of the game (with the option to create an entirely new character).

Railway Empire will offer players 40 historically accurate, customizable locomotives with different uses (such as passengers and transport of goods). Gaming Minds promise various types of buildings and personnel, more than 300 technologies and 6 characters to choose at the beginning of the game (with the option to create an entirely new character). The experience should be further enhanced by the ‘Ride Along’ feature, a first person view from the train.

Some of the modes already announced are challenge-filled scenarios and construction mode, where players’ will not have to worry about any financial limits. Multiplayer is not planned.

Railway Empire should be released sometime in Q1 2018 on PC, Linux, PS4 and Xbox One. You can watch the trailer here. 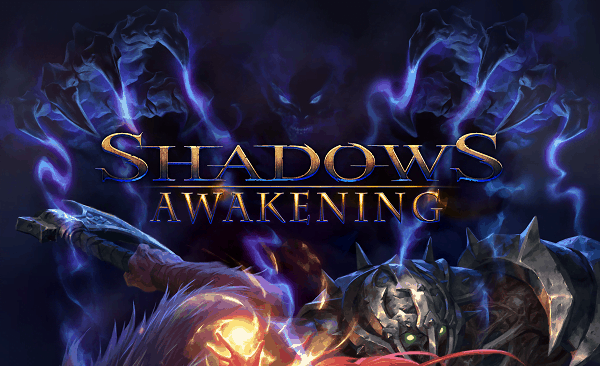 The most mystical out of Kalypso Media’s announcement was Shadows: Awakening, whose existence was revealed only the weekend before Gamescom began. Well, it is more suitable to say “officially confirmed”, because according to the developers themselves, a follow-up to Shadows: Heretic Kingdoms (known as “Book 2” among players) has been in works for quite a while. The studio behind Shadows, Games Farm, also developed the aforementioned Vikings: Wolves of Midgard. They say it was a valuable experience which will definitely be reflected in Shadows: Awakening.

In a real-time RPG with a heavy emphasis on tactics, players control the Devourer, who has the ability to consume his enemies’ souls. The developers praise the unique party system, where more party members are represented by 1 avatar, who will possess all of the members’ personalities and skillsets. Skills of the members can then combined into whole new, powerful skills.

Sadly, the game will not feature any multiplayer mode, and as much as I hope the developers will reconsider that, there is only so much you can do in 25 people. Still, more than 40 hours of gameplay-per-playthrough (with allegedly high replayability rate) filled with combat, puzzles and side quests, 3 playable characters with their own stories, 15 devourable characters, and more than 100 weapons should keep players occupied for a while.

Shadows: Awakening should be released next year on PC, PS4 and Xbox One. Neither Mac nor Linux version is planned. Agan, you can watch the announcement trailer here.

Last but not least, here comes the already sixth game in a popular dictator-simulator series Tropico. For the first time in the series, it will be possible to control several archipelagos instead of just 1 island. Other islands may contain specific resources, and in order for players to obtain them, they must build a transport infrastructure. It has improved a great deal, according to Limbic Entertainment. The players can now build bridges or tunnels.

Dictator’s influence does not expand only to nearby islands, though. It is now possible to send agents to steal world wonders and monuments (see the Eiffel Tower in the first picture?). The palace is now highly customizable, and, most importantly, election speeches from its balcony are back! Even though has not been mentioned much during the presentation, the developers reassured us that it will not be ommited from the game.

Apart from single-player, Tropico 6 is also going to feature cooperative and competitive multiplayer. And when? We do not know anything more than that it should be in 2018 on PC, Mac, Linux, PS4 and Xbox One. Announcement teaser can be watched here.

And that is all from me. Overal, the presentation was enjoyable and in a friendly atmosphere. I will be looking forward to hearing more from Kalypso Media. Gaming Minds really seem to be hitting the nail on the head with Railway Empire, and seem to be on the right way to possibly establish a new brand. Others, especially Limbic Entertainment with Tropico 6, have shown they had put a lot of work into taking next installment in their series’ to a new level.