Our Review of I and Me for Nintendo Switch

I and Me was recently ported to the Switch. It was developed by Wish Fang and published by Ratalaika Games and Indie Nova for across different platforms. Read on for the full “About Me” straight from the developer and check out the trailer further down before reading our in depth review. 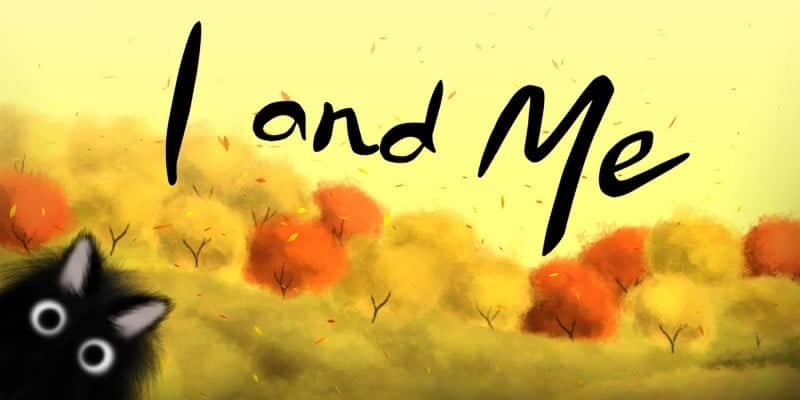 If there were another me,
Observing myself from the perspective of a spectator,
How would I regard another me?
How would I get along with the other me？

I and Me is a puzzle platformer. To play the game, you control two cats simultaneously. The two characters will perform exactly the same action. You need to manage both of them at the same time and let them coordinate to complete the adventure. The game has four chapters based on four seasons with a total of 90 levels. Sometimes you must think carefully, and in some places, you need to be flexible. The soundtrack of the game is soothing with orchestra and piano music, each season has its own style.’

I’m just going to come out and say it. Out of all of the good things in this game, the soundtrack stood out best of all. You just cannot beat music like this. If someone asked me, I would probably have assumed that the music came first and they just happened to build a cat puzzle platforming game around it. It just feels good, I’m gushing because I have nothing but good things to say about it. It’s orchestrated beautifully and performed eloquently. All that I can say is that you should buy the game for the stringed instruments alone. If you ever see it on vinyl to purchase, I would not hesitate if I were you.

The music just removes any of the apprehension of playing a puzzle platformer game that might frustrate you. In a game like I and Me, you shouldn’t hear repetitive music. You shouldn’t hear electronic music. Heck, you shouldn’t even hear music like that of a Mario game. They hit the nail absolutely square on the head with this soundtrack. In fact, I’m just going to stop and give it a score now, otherwise, I would talk about it forever. 10/10 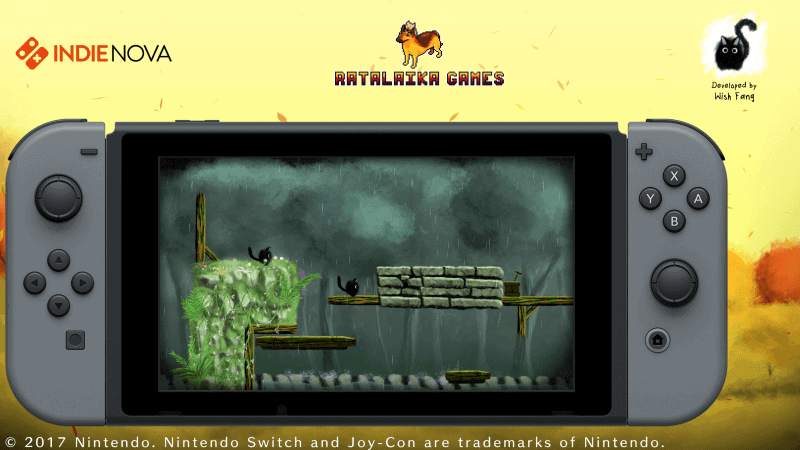 The audio effects were good of course, but nothing in terms of audio was as great as the soundtrack. Giving bees and cats their own sound effects are fine and all, but giving sheep sound effects for every single time that you jump on them, may be regrettable. In fact the parts that I got stuck the most on were the sheep hopping sections, so I heard it a lot. Now, that’s not to say that the sound effects weren’t solid. But all that we really had were animal sounds and the creak of a manual switch every now and again. My guess is that the developer, Wish Fang, wanted to keep the sounds simple and only used when necessary. That’s all well and good, I just wish I could’ve turned down the sheep individually. But that was my only complaint (I bet you didn’t think you’d be reading about someone complaining about sheep screams) because logistically it kept the music as the focal point. 6/10 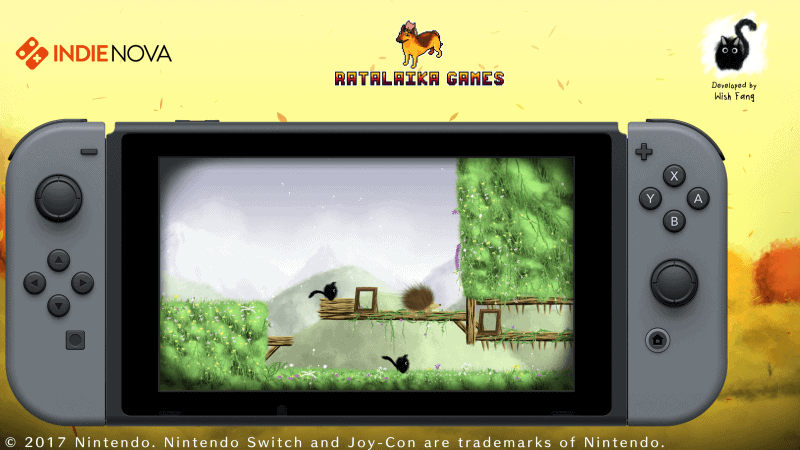 The visuals were just so so for me. I enjoyed the fuzzy edges, naturally, who doesn’t love fuzz. I also liked how green the plant life was in contrast to the black cats. It was simply one of those games that didn’t need to look glamorous, and that’s okay. In fact, I feel sort of weird even judging it for its visuals. I do think that they were exactly how Wish Fang wanted them to be and that’s fantastic. I feel if the developer thought they should crank up the graphics, I think they would’ve done so for the Steam version.  I’m also glad that they didn’t go overboard and push any kind of graphical boundaries, so it made a good fit for the Switch.

Now, the one major complaint that I do have, is the font. In a game that prides itself on telling its story in printed word, you’d think they would choose something a little less complicated. Don’t get me wrong, I can read it, but it takes concentration to be able to do so. Furthermore, the level select screen that you are greeted with when re-entering the game is sort of visually confusing. You’re greeted with a screen with a number for each level but it’s hard to notice what is highlighted and what isn’t and since you don’t have an exact cursor like maybe on a PC, if you haven’t beaten a level, the color that they use is similar to the purple they use to highlight certain previously completed levels. It’s just easy to get lost in the grid if you’re not actively looking for the highlighted box. 6/10 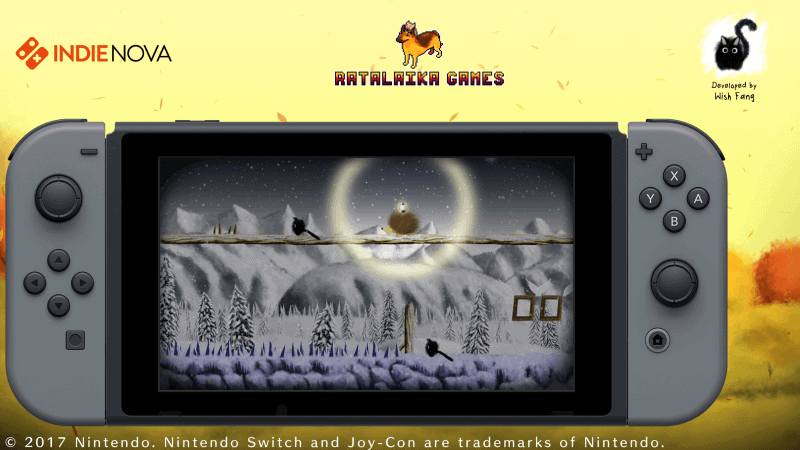 The gameplay is great, there’s definitely no doubt about it. You control 2 cats at the same time as the trailer above indicated. If you press jump, they both jump, if you walk left they both walk left. The ultimate goal of each level is to solve how to get the 2 cats into their respective picture frames for the picture. Sometimes the frames are next to one another. Other times the frames are in very separate places. There in lies the challenge. It’s actually pretty hard to discuss how it works since there seems to be really no other games like it. So that’s one solid reason that I suggest this game. The fact that it is now on the Switch takes this game and makes it better. I like the fact that I no longer have to be bound to a computer to play this fun and simplistic game. It seems like a game that was more so designed for handheld systems in the first place.

The fact that it is on the Switch would make you think that they took advantage of some of the Switches features. I was keen to use the touchscreen to be able to select levels on the level select screen, I could not. You can obviously take screenshots, so that feature works. You can also use the Joy-Cons separately from the Switch however, you cannot use just one Joy-Con in landscape position. Overall, this game was nice, it didn’t have overly complicated levels and the parts that I did get truly stuck on (whether or not I like to admit it) there is a built in dynamic difficulty helping tool. If you press X while in a level it will play you a small black and white movie of how to complete your task. You don’t have to watch all of it, so if you need to know simply part of it to get you out of your hump, just press the button to exit and it will take you back to the level you were trying to beat. It’s very useful. 8/10 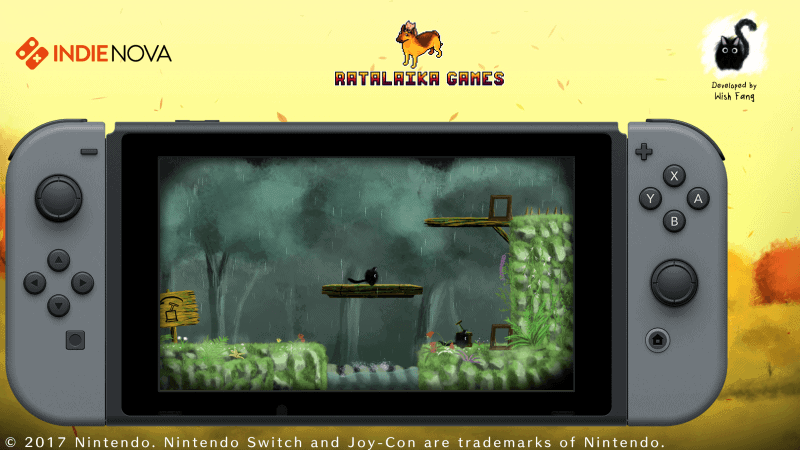 There is definitely room for replay-ability in this game. It would be impossible to remember how you beat every level so it’d be good to go through again. Not even just that, I firmly believe a game like this, if you timed it could be a good speed running game. Nobody ever really thinks about puzzle platformers, but I think that it shows that you don’t just have to memorize a path, but that you have to mutlitask to beat the game. If you can multitask and set a speed run record at this game, I would consider you a personal god. This game can be challenging, that’s no doubt, and since you can always have it on the go with you on the Switch now, it’s a good way to kill time (whether or not you are speed running). There are also 20 parchment paper document type things that you can collect throughout and getting those would be another good reason to go back and play it, if you happened to have missed any. 7/10 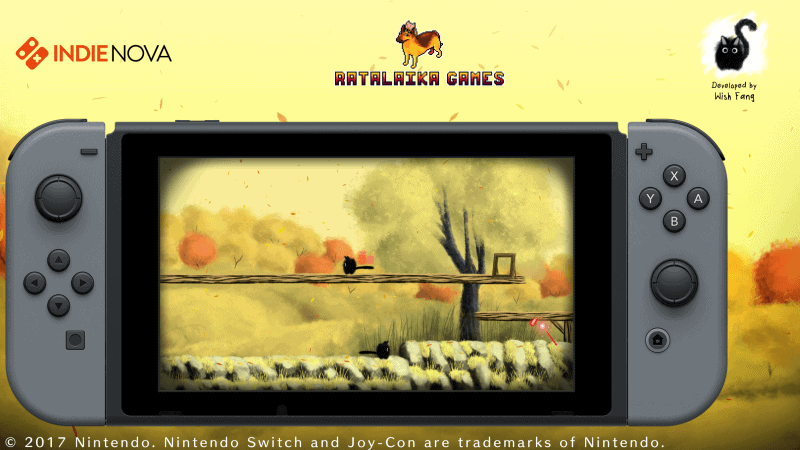 If you’d like to buy the game for the Nintendo Switch, it is on their eShop right now, click here to buy it. 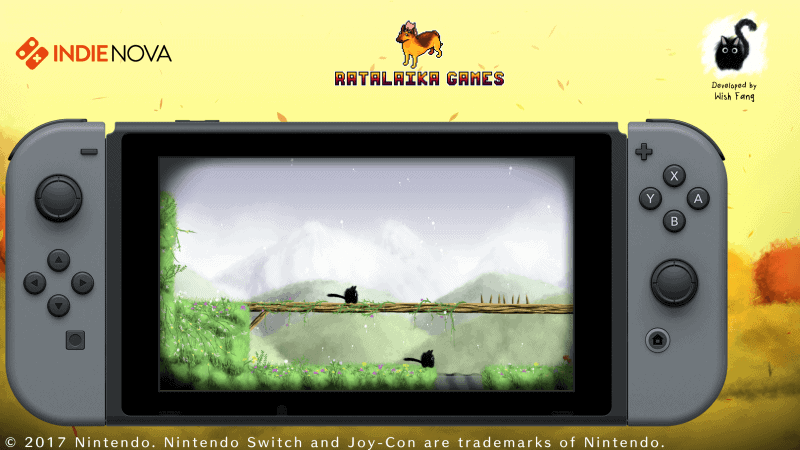