Yesterday was a great start to EVO2017 and today was no different. Even with it being the weekend and more people coming to EVO the venue had plenty of room. 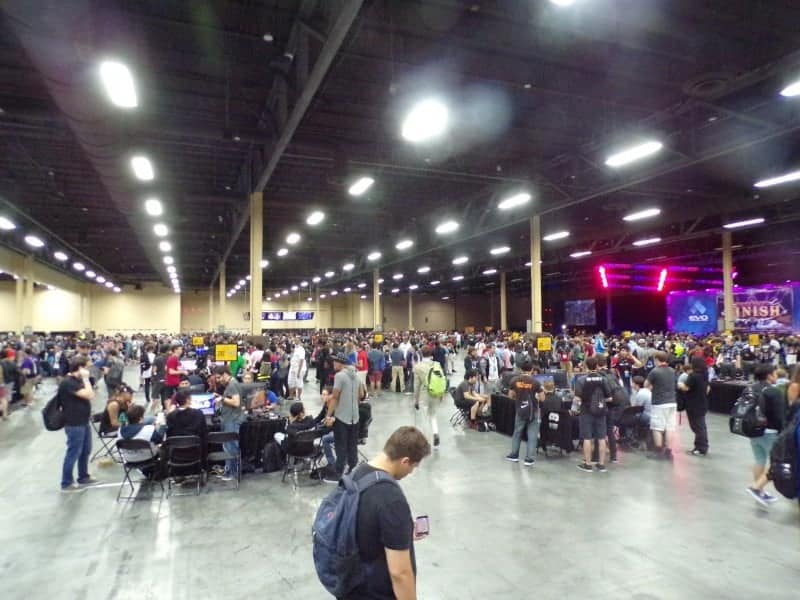 Once again the Dragonball Z fighter booth was pack and still the high light for most people at EVO but I saw enough of it yesterday and that was enough for me. 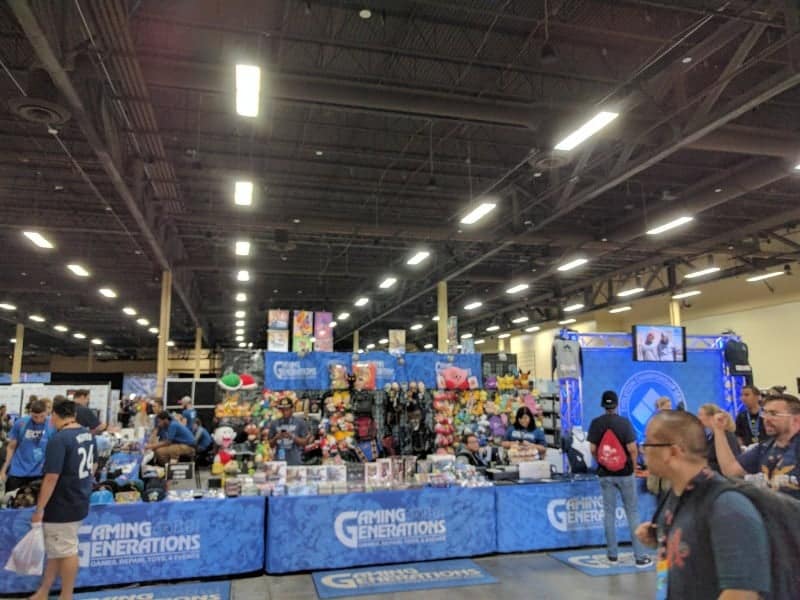 I wanted to check out more of the merchant booths and the rest of what EVO had to offer as I didn’t get a chance to check it all out since there is so much going on this year. 🙂 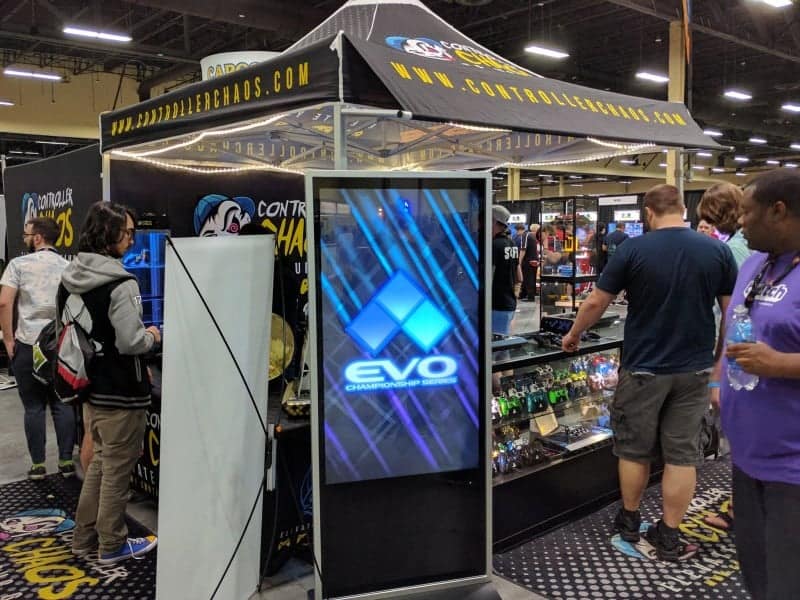 First stop was controllerchaos, I was introduced to them at last year’s EVO. This year they had their normal section of custom controllers but with a few new goodies. 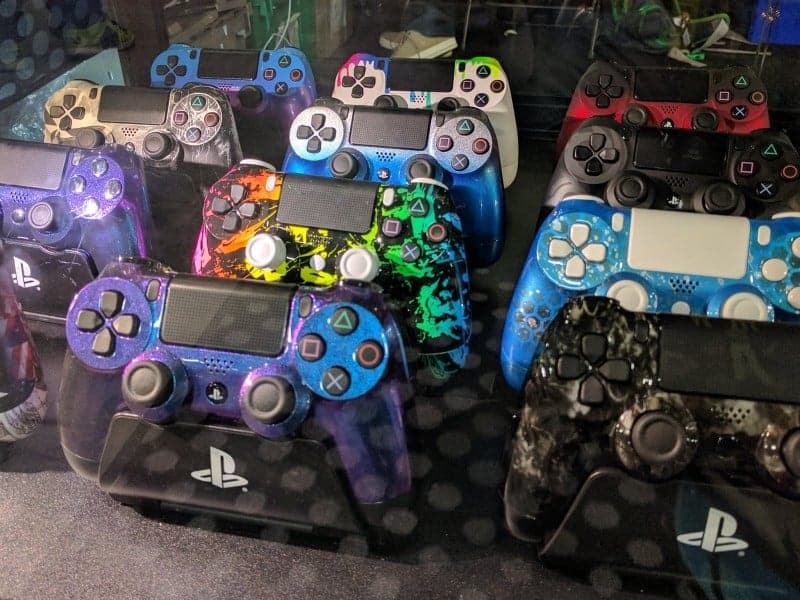 Like last year they talk about doing handheld systems and there they were just like they said they were going to start doing. 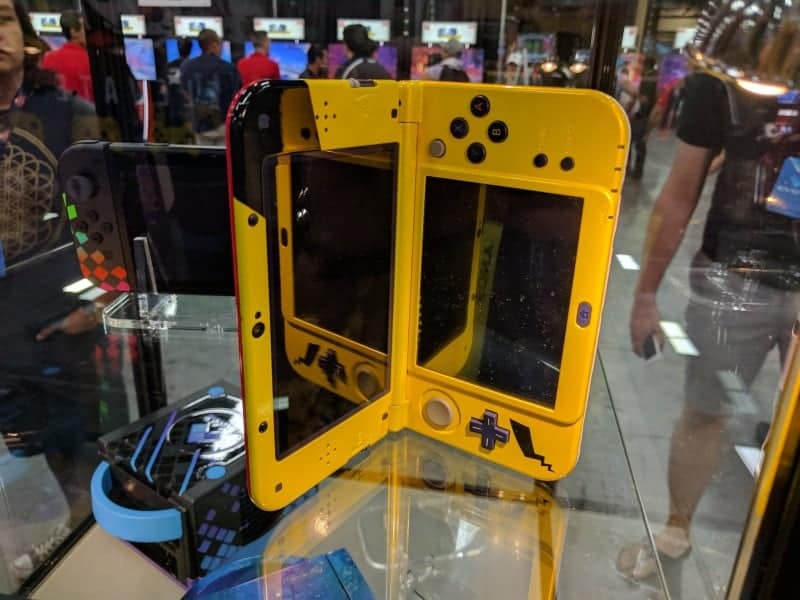 They even had custom painted Switch Joy cons that sold out in minutes and a custom Switch to win in a raffle. 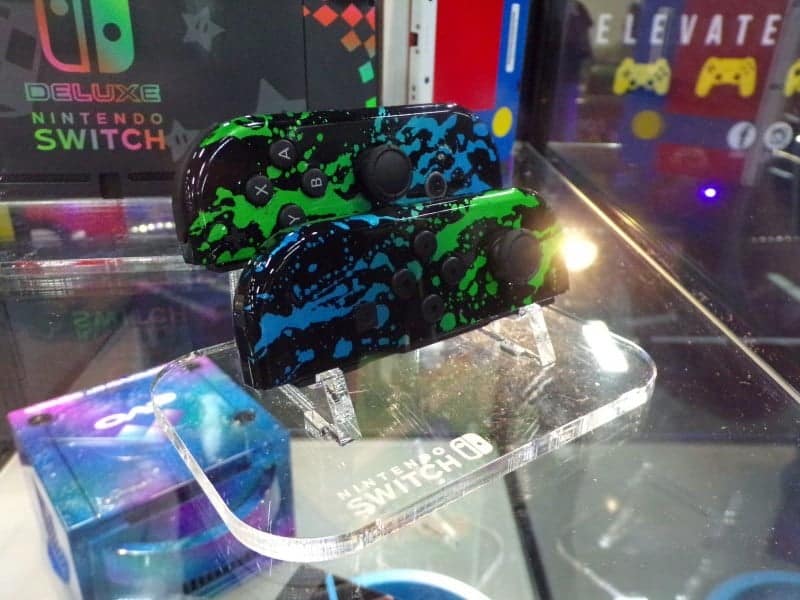 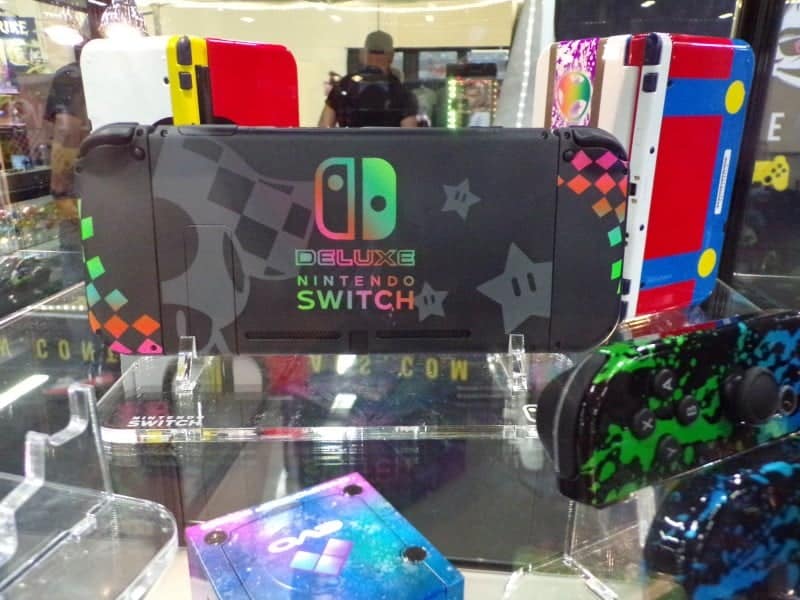 I was quite impressed with their work on the custom 3DS, Switch, and Joycons. Of course, I showed him Mr. @Nzaki0716 custom Vita & PSPgo and they were floored with how genuine it looks plus the paint that he uses. I’ll be doing a whole post on them as they have some really cool things in the works for other handheld consoles.  You can check out their full line up and more at controllerchaos.com

You can use promo code EVO17 to save a few buck if you want to pick something up from controllerchaos and I was told it would run all week long even after EVO.

My next stop was to check out some of the indie games that are in the works. The first one the caught my eye was Bounty Battle the indie fight game. It’s kind of reminds me of smash bros with the four on four battle action, but with indie charters. 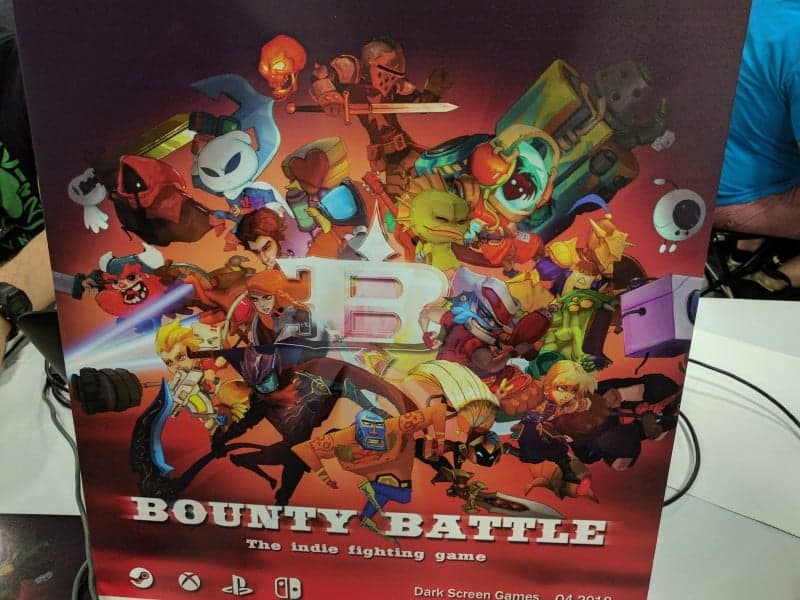 Next, I found a PSVita game but they were only demoing the PS4 version. The one thing that is unique about Fallen Legion is that the PS4 version is different from the PSVita version. What I mean by that, is it’s the same game but on the PS4 you play one characters story mode and on the PSVita, you play another character story of the same game but with a few twist for each character’s story. It kind of reminded me of Dragon’s Crown but with one player that controls all the characters. 🙂 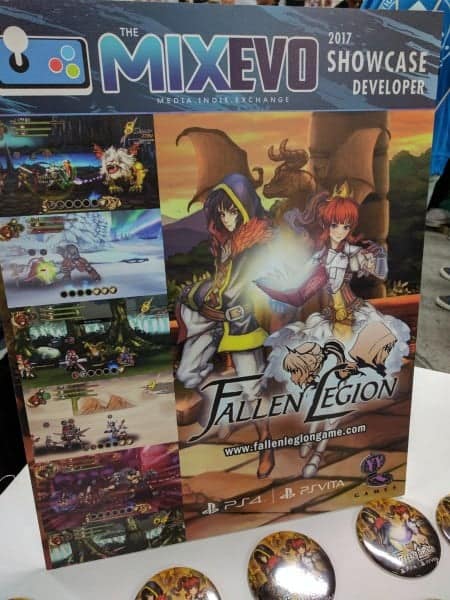 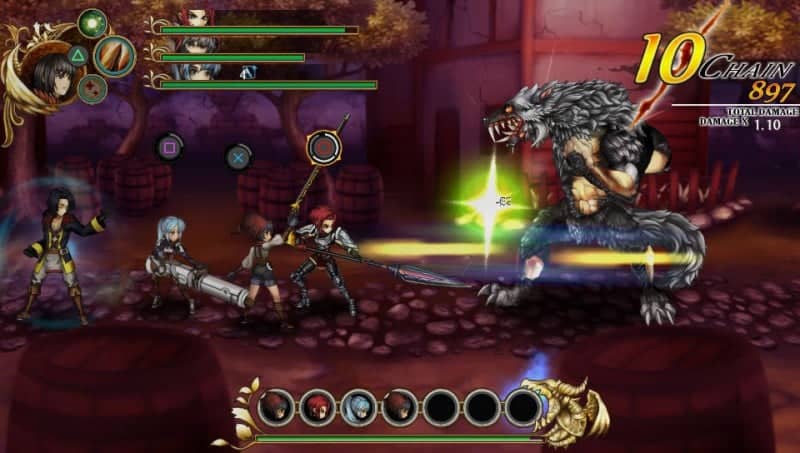 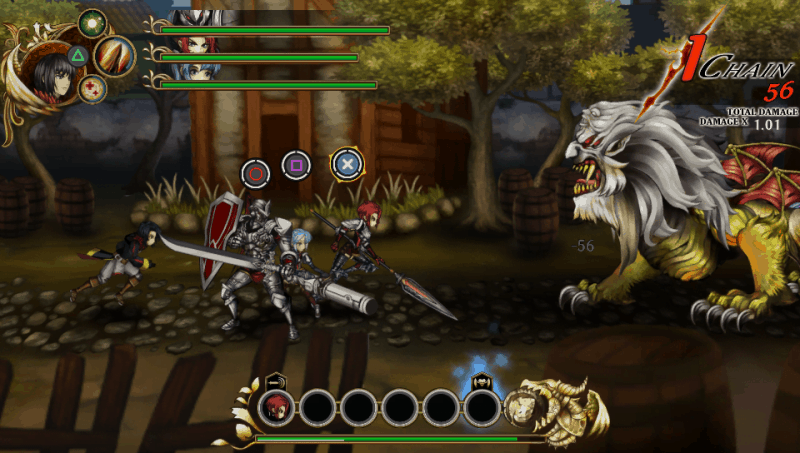 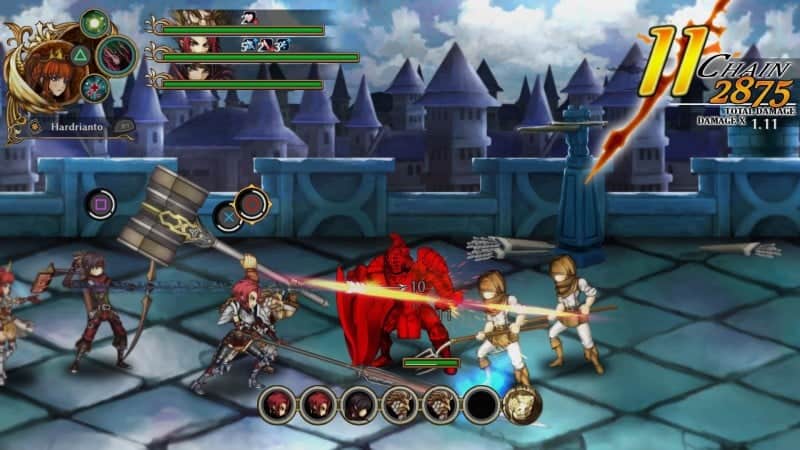 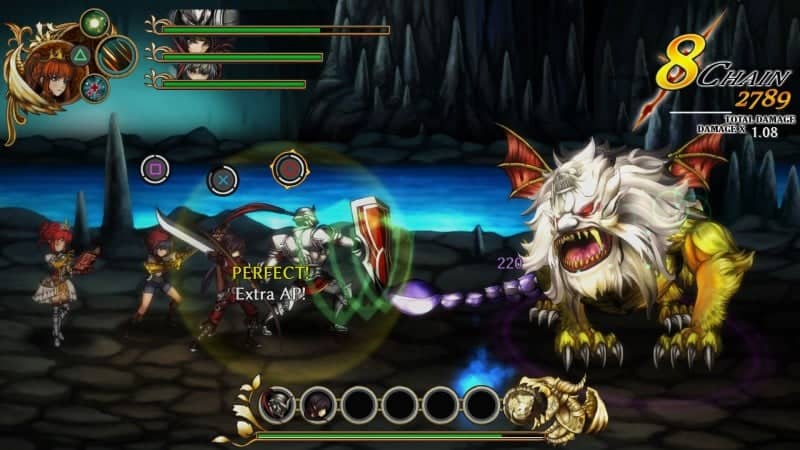 They had a few more games to check out but the tournament for Street fighter and injustice 2 were heating up and couldn’t miss out on the action. 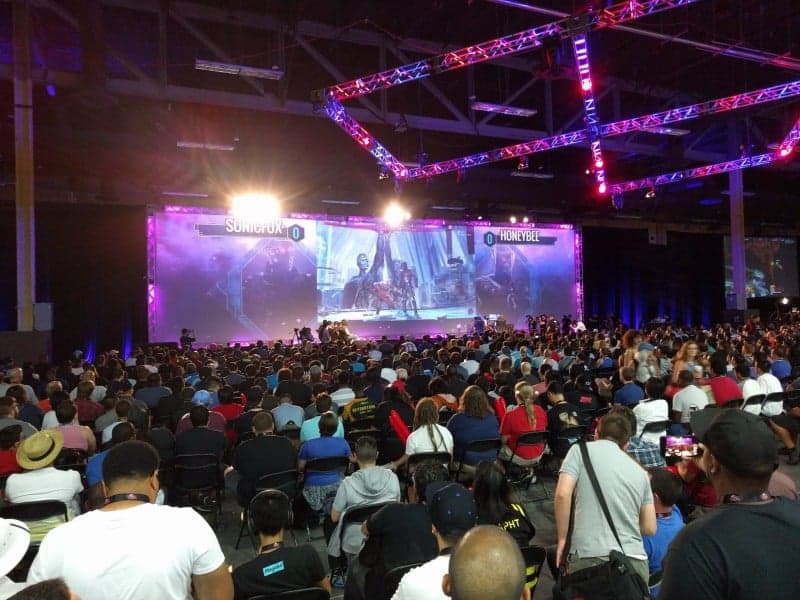 You can check out the rest of the semi final and final brackets from the rest of the games here.
Stay tuned for our day 3 EVO where we cover the main event this Sunday and recap post.
Share

I like to get everyone the right info and I like to help others get the most from there electronic devices. I enjoy playful cleverness and the exploration of technology. My Motto: You own it, you can do whatever you want with it.
@HackInformer
Previous DSi Exploit RocketLauncher will support Retail Cards for launching the exploit
Next MelonDS updated to 0.4, Fixes several Bugs & adds Wireless emulation