Our review of the Retron HD 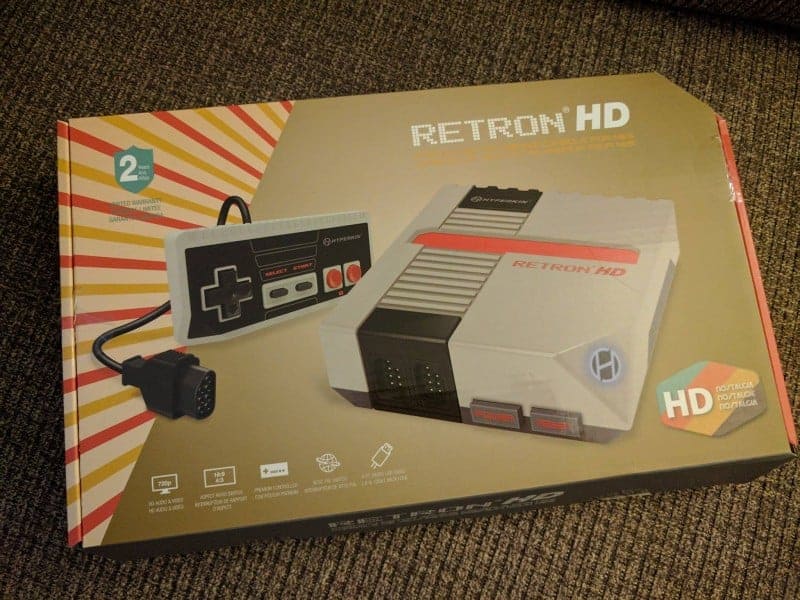 What is old is New Again and with the popularity of the mini NES classic, it was time for the NES to get a remake in HD. We know there are a few other models out there that have been released lately but they will put a dent in your pocket. Hyperkin has put together the Retron HD a whole revised Nintendo made for high-definition televisions as we all know the coax cable is almost obsolete on a lot of TVs or displays. Plus playing the old Nintendo on a high-def TV just doesn’t look good but with the Retron HD, that’s a whole different story. 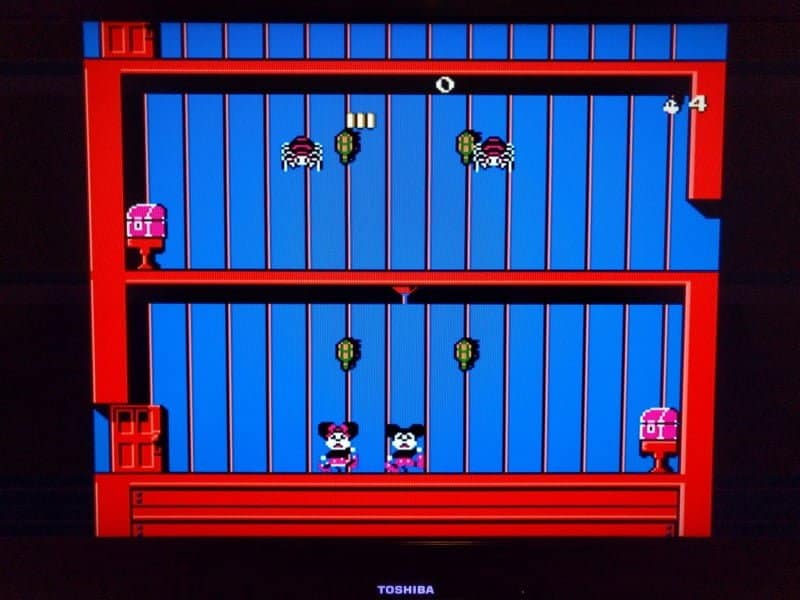 It’s amazingly high compatibility with NES titles assures you and your game collection are in for a treat. PAL cartridges also work at the flip of a switch!

The Retron HD supports two display modes 4:3 and 16:9 either display mode looks crisp and clean on your high definition TV. With 16:9 ratio it does not just stretch the image out like you may have seen with other emulators. 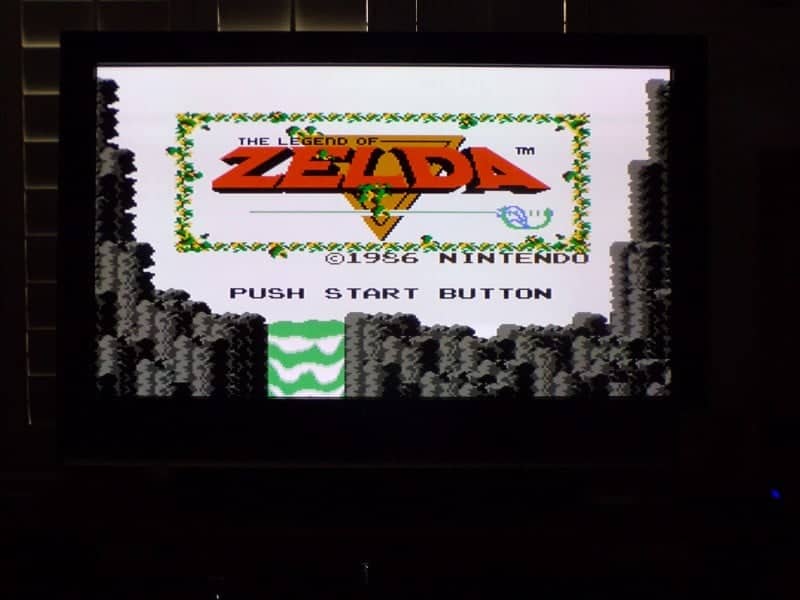 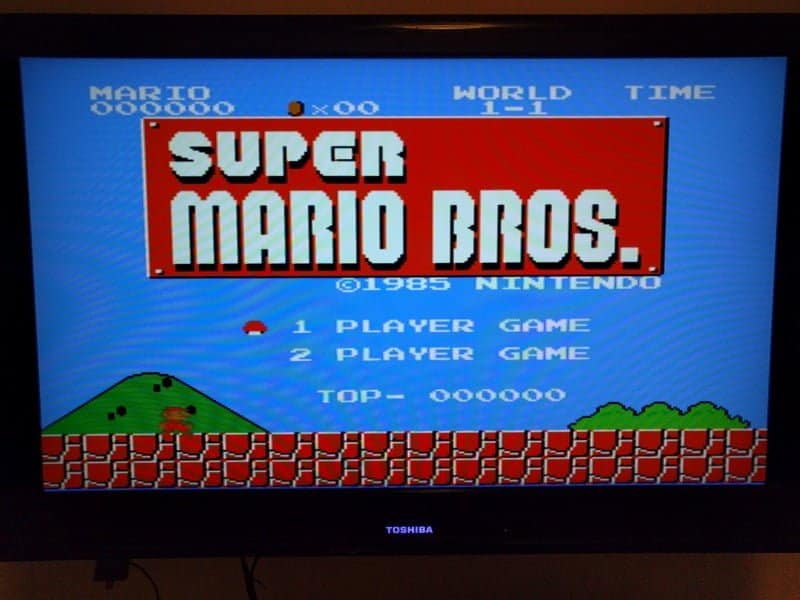 If you use 4:3 display mode the picture is also very clean and even sharper. Now certain TVs it may actually make the picture look cleaner as each TV is little different from one to the other when it comes to the two different displays modes. 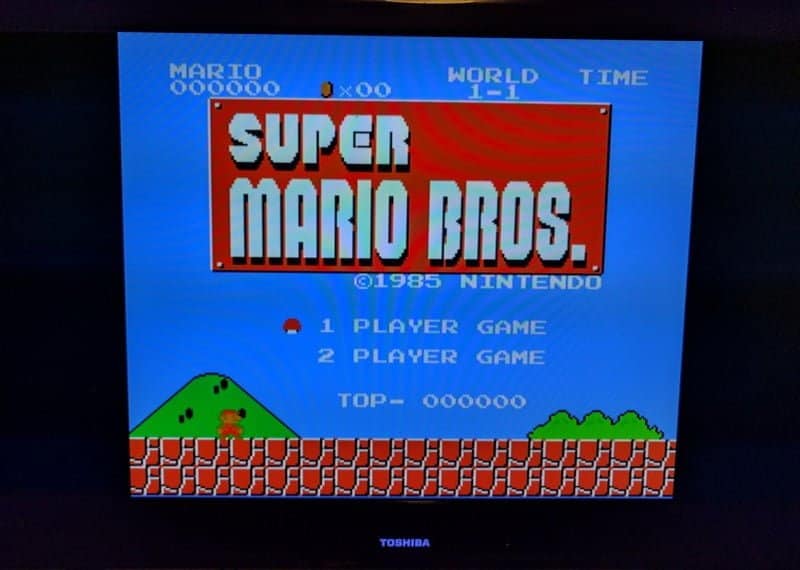 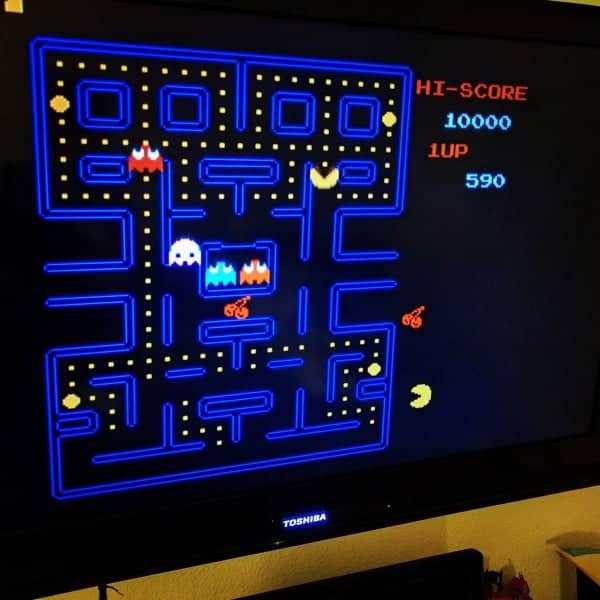 It also comes with AV inputs so you can use it on old TVs or Displays that may not have an HDMI port but when using the AV inputs you will notice that the Retron HD will look just like the old Nintendo. Of course, some of the colors may look a little more Vivid than the old system because of the new hardware but there’s only so much you can do with AV inputs displaying high-quality pictures. 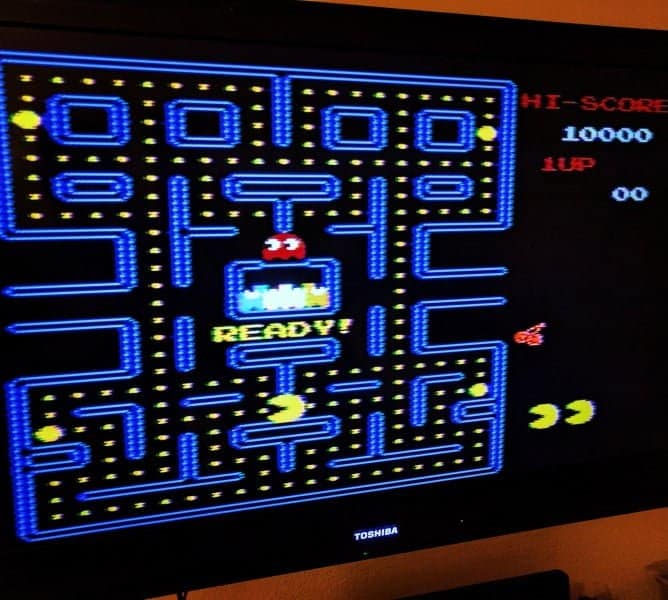 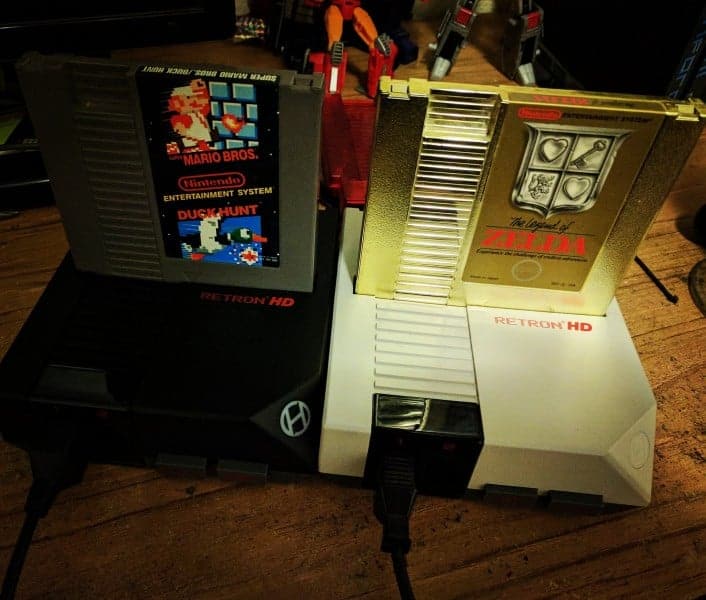 I don’t have hundreds of Nintendo games to test but I do have quite a few and I didn’t have one problem with the Retron HD playing original Nintendo games. I would say the compatibility rate is probably near-perfect but there’s probably going to be one of those odd titles that may not work. I can assure you all the popular titles are going to work perfectly fine like Mario Brothers, Super Mario Bros 1, 2, 3, Metroid, Zelda, Batman, Kung Fu, Punch Out, Paperboy, Spy Hunter, Contra, etc.. 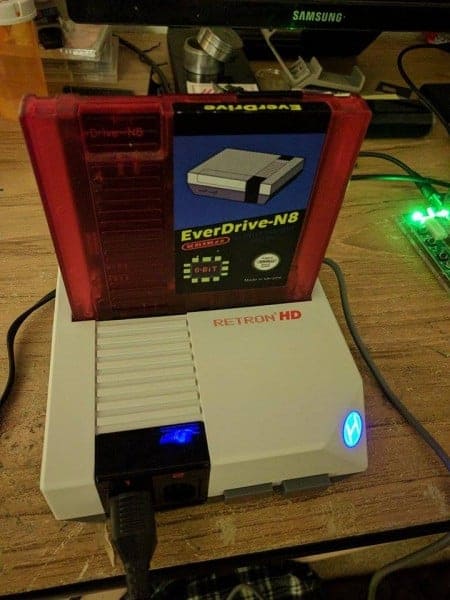 Now using a flash cart on the Retron HD will not work. I believe that the card slot does not provide enough power for the everdrive to turn on. You can see everything starting to work but as soon as it goes to hit the memory card it flops. Now, these could be security protocols so people cannot use flash cards on the Retron HD or the everdrive hardware needs to be updated to work with these remake systems. So if you want to pick up a Retron HD and think you’re Everdrive is going to work in it, it’s not so you may want to just stick with your original Nintendo for now.

The sound quality from the Retron HD is amazing as everything sounds crisp and clean. From The Legend of Zelda all the way to Mickey Mousecapades I tested, the sound quality never skipped a beat and there was no lag in audio at all. 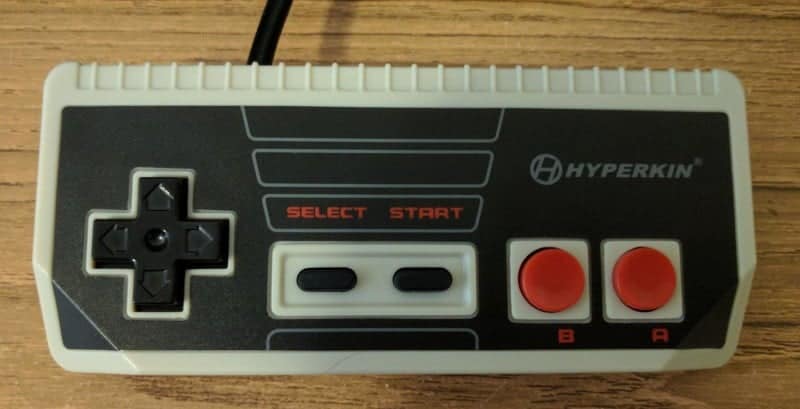 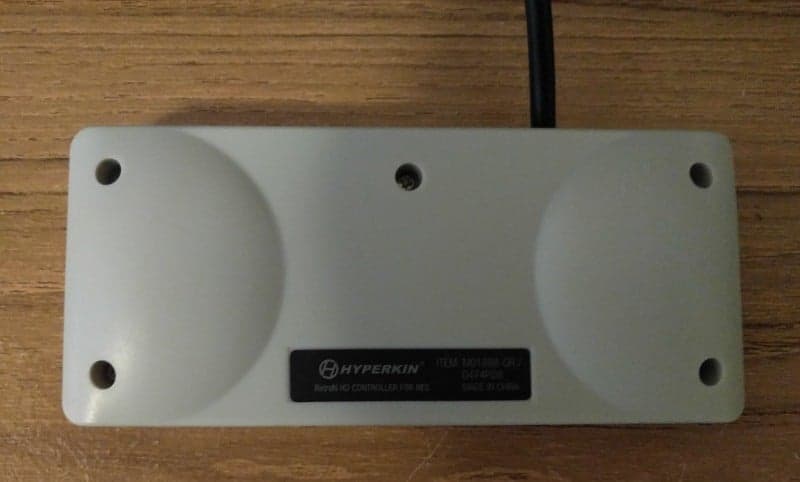 I really enjoyed the new take on the controller as its very comfortable to hold in my hand for longer periods of time without having the edges poked into the palms of my hands like the old NES controller would.

You can use all of Nintendo’s older controllers and accessories like the NES advantage on the Retron HD but there is one accessory that will not work unless you go back to using an old tube television and that is the zapper gun for Duck Hunt as that relies on light base technology bouncing off the tube TV and the new high-definition TVs don’t work like that. So if you want to use the zapper gun you’re going to have to use the AV inputs on the Retron HD with your tube television. 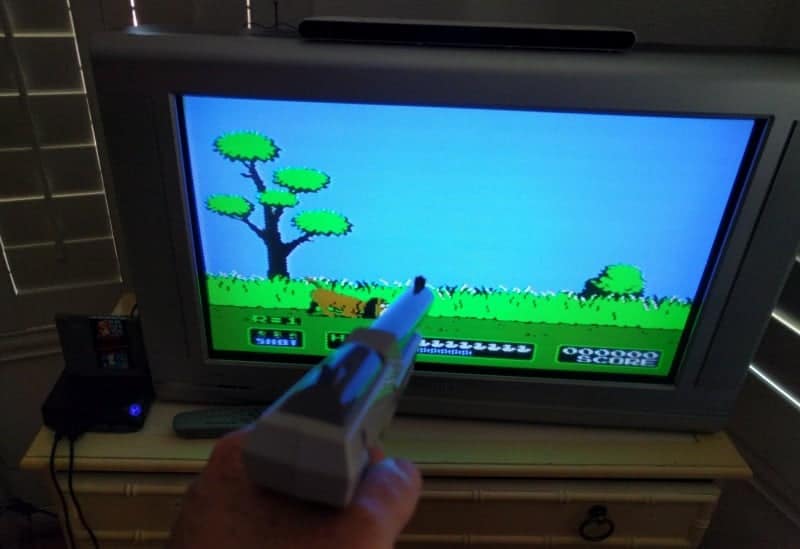 Now with the zapper and the Retron HD I did notice that there were times when the gun wouldn’t respond at all or there would be a lag in the controls with the zapper. This was the only accessory I noticed that did not really like the Retron HD. It would work but sometimes it was just too temperamental. Now, this could be my zapper gun just being old but it works just fine on the old Nintendo so I don’t think it’s my zapper. I believe it’s just one of those accessories that just don’t work well with it because, let’s face it, Duck Hunt works on Old Tube televisions and the Retron HD was meant for your high-definition TVs.

There was one other accessory I didn’t get to test and that was the trackpad for Track & Field as mine broke a long time ago and I never got around to getting a replacement. So I don’t know how well that will work with the Retron HD but I believe it would work just fine like all the other accessories since it’s just a big joystick on the floor.

Here are a few more pictures comparing the NES to the Retron HD. 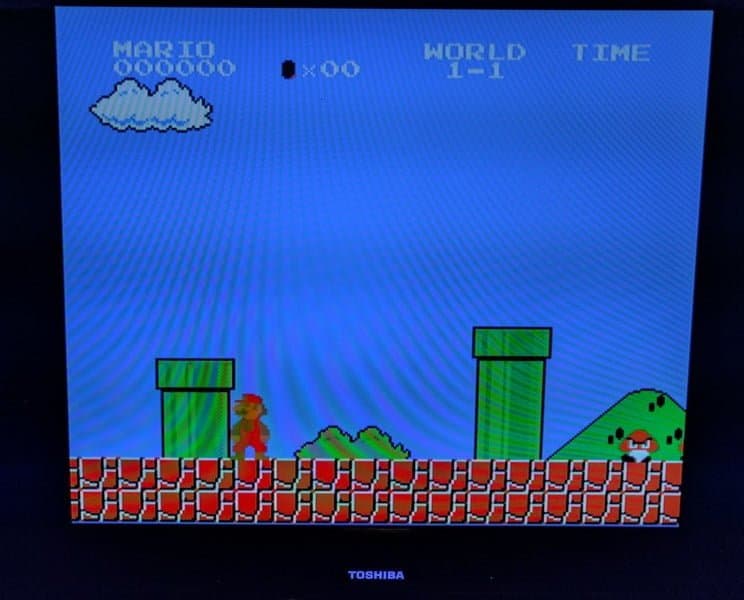 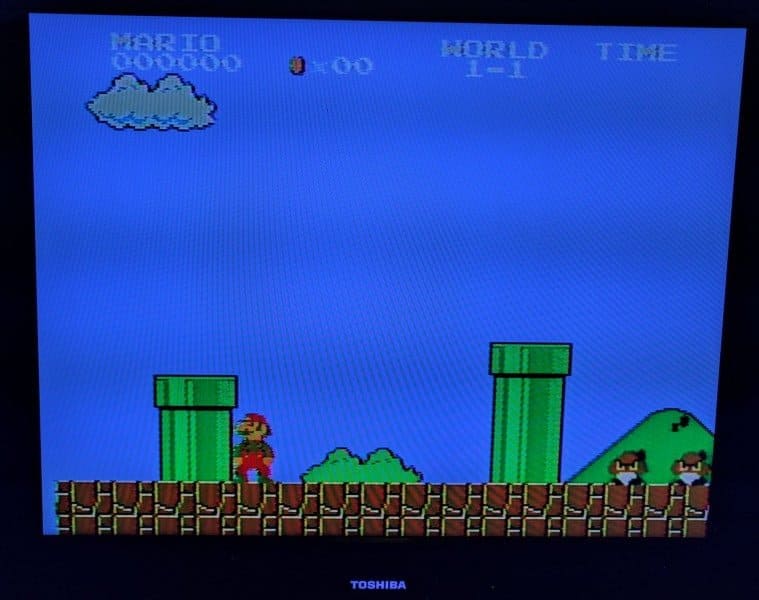 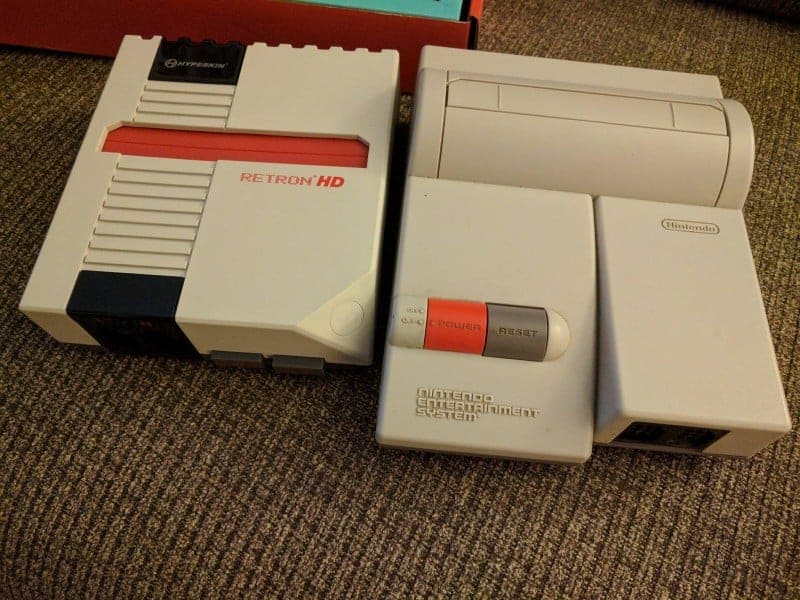 I give the Retron HD an 8 of 10. The only thing that got me was the Zapper gun and not being able to use my everdrive flash cart with the Retron HD as those two would have been the ultimate NES but it’s ok. I don’t mind using my original games to get that 720p clarity and crisp audio.

You can get the Retron HD at Amazon for and it comes in two colors black and red or original Nintendo color….

UPDATE: It seems the price as jumped in only two days as the Retron HD was $39.99 as you can see in this picture below but because of supply and demand the price as went up to $59.99.

Here are the new prices…

Retron HD for £49.99 from funstockretro.co.uk 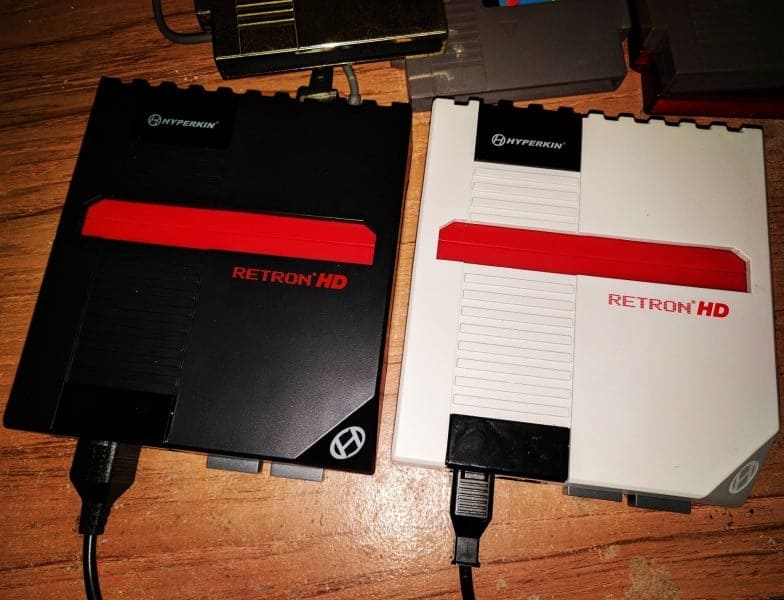 I like to get everyone the right info and I like to help others get the most from there electronic devices. I enjoy playful cleverness and the exploration of technology. My Motto: You own it, you can do whatever you want with it.
Previous Review of Dark Rose Valkyrie on the PS4
Next Our Review of the Nintendo 3DS XL Circle Pad Pro