Do you think your Switch dock is too big, you don’t like the design or you just don’t want to have scratches on your screen after docking the switch a few times? Do you want a more portable Switch Dock? Well, Myriann & Basstop has got you covered with this one. 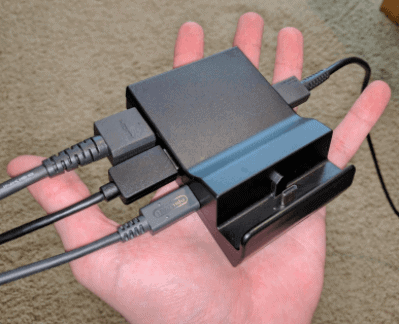 As you can see this sure is a hell of a lot more portable. Also if you like the look of your Switch and don’t want to pop it into the original dock like you put toast into a toaster, but want to rather have it standing freely on a nice looking dock, then this is for you. It is precisely cut for the Switch and fits perfectly as long as you don’t use a too thick Screen protector or have it in a case. 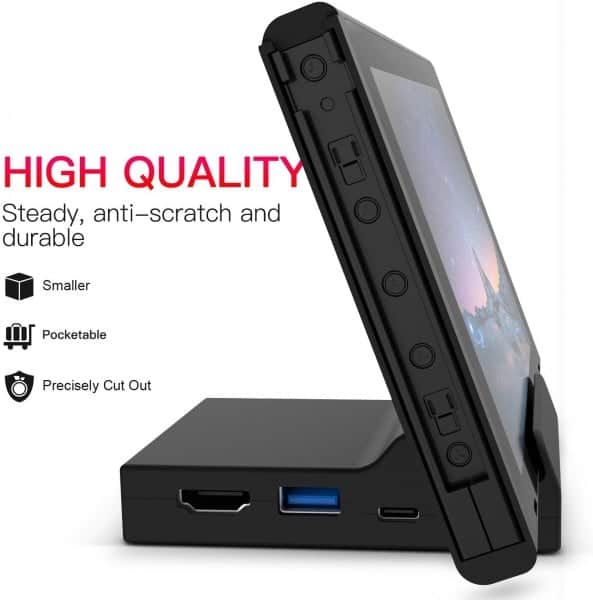 There is just one thing that may scare you away. You will have to take apart your original switch dock and put the circuit board into this new dock. This dock sadly is only available without a circuit board which may make it not so appealing to anyone who has two left hands while taking apart stuff. 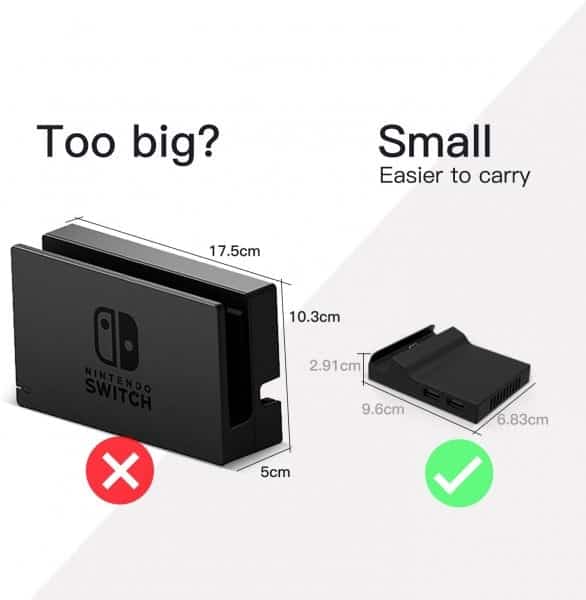 Or that’s what you may think. The process of exchanging the circuit board is pretty much straight forward. You open up the original dock, unscrew the board, carefully remove the USB-C Ribbon cable and dock and put it into the new case screwing it back together. 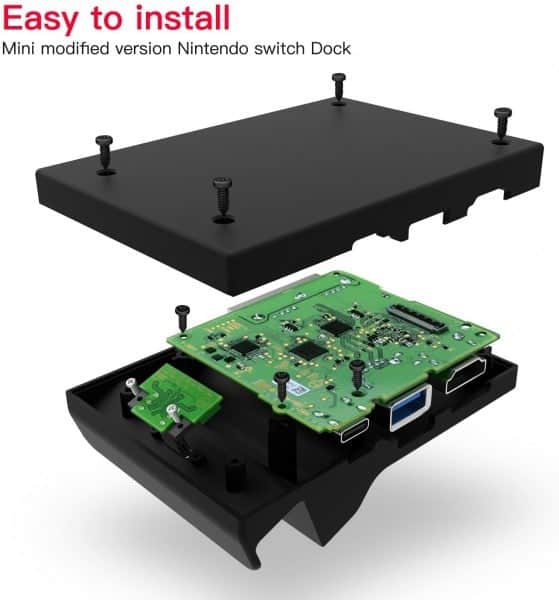 If you are still scared about this then I have good news. They even have a Youtube video explaining and showing you exactly how to put the circuit board into the new dock.

There is just one small thing which is sadly missing in this dock and that is the Green Power LED from the normal Dock. Sure it’s still there but there is no hole in the dock which allows for the LED to be seen. If you want you can DIY though as User esmith213 did on Reddit. 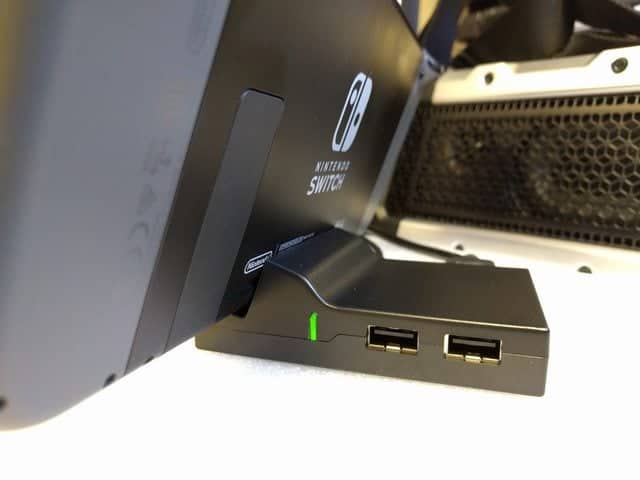 So if you like this you can either buy it from Amazon or from one of the few resellers which have this Dock 🙂
You can find it on Amazon here. 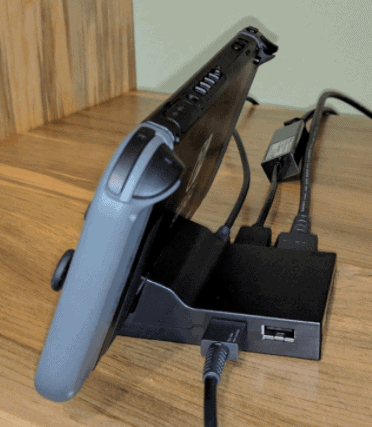 I really do hope that they’ll make a 2nd version with a LED Hole built in and maybe also with the circuit built in for people who really don’t want to take part their normal switch dock.