We’ll start with Ubisoft. Ubisoft is the most recent one to announce their time, so I decided to list them first.  Their press conference will be taking place at  1PM PT on Monday, 11th June. I can probably guess they’ll have some Far Cry 5 and Assassin’s Creed action lined up for us to sink our teeth into, hope you’re ready!

The PC Gaming Show will be back again for the PC Gaming press conference.  This time Microsoft will be a big partner and heavily involved in it.  You can catch the PC Gaming Show at Monday, June 12 at 10AM PT.  It will be hosted by Sean “Day9” Plott, so it should be a good, informative, and fun conference for PC enthusiasts and gamers alike. 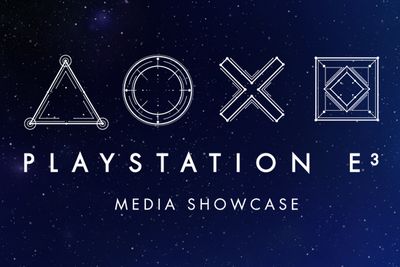 Sony’s E3 2016 coverage was absolutely stunning.  They had lots to show, they had zero filler, and they stressed that the PlayStation Vita was still relevant.  Sony even went so far as to have the PlayStation Experience again across the nation.  They absolutely plan to do a PlayStation Experience for 2017, but we don’t quite not the precise details of that yet.  But we do know that the actual E3 Media Showcase for Sony will take place at  6 PM PT on Monday, June 12.

EA will have the earliest of all of the press conferences.  Clearly they wanted to be the first out of the gate as they always have the most hyped franchises and this year is not on track to be any different for Electronic Arts.  You can see their press conference Saturday, June 10, 12PM PT.

“Mark your calendar.  We’ve moved to Sunday.” This is the tagline for the Microsoft press conference for 2017.  They want you to know to be there because presumably, there’s something big.  All hype aside, they did a great job in 2016 as well, so the live streams are at 2 p.m. PT on June 11! Remember, they will be broadcasting the briefing in 4K Ultra HD, with a special edition #Mixer 4K broadcast!

Bethesda has given us old G4 fans a walk down memory lane their last 2 press conferences, enlisting the help of Adam Sessler and Morgan Webb.  Here’s to hoping the duo will return this year when Bethesda holds their press conference on Sunday, June 11, 7PM PT.

And last, but certainly not least, Nintendo.  Now, Nintendo hasn’t done a conventional press conference at E3 since 2012.  But the unconventional is where Nintendo really shines.  This year, they’ll have a modified version of what they did over the last few years.  Click on the picture below to enlarge it and see the details, because it outlines everything you need to know to stay caught up with Nintendo this year, for E3!

For ease of our friends the world over, here is a time map for all primary events in all timezones (credit to @Cheesemeister).

Stay tuned here on Hackinformer.com for all things Sony, Microsoft, Nintendo, E3 and follow us on Twitter @Hackinformer !