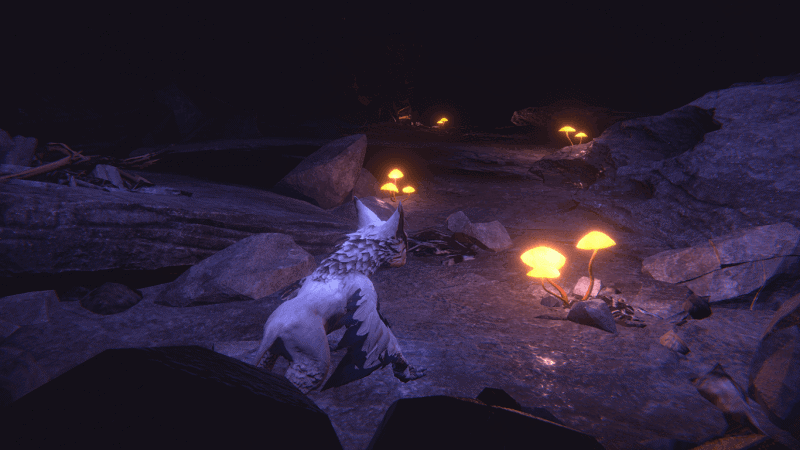 With GDC and PAX East behind us, it seems like the perfect time to introduce the upcoming current-gen adventure-platformer Embers of Mirrim. 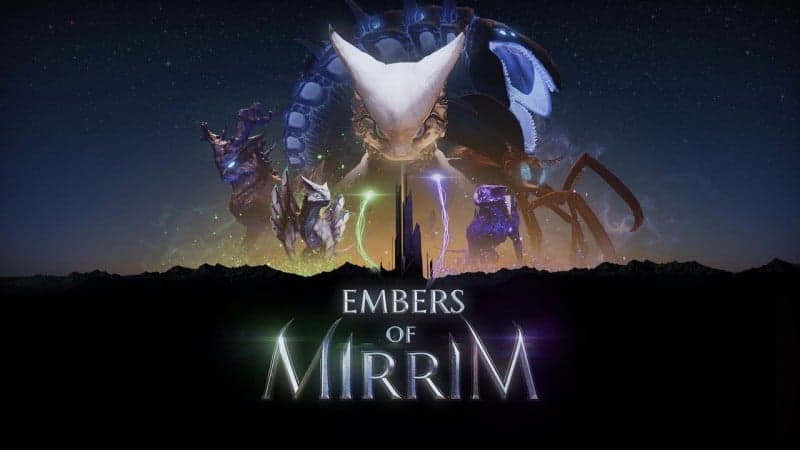 Embers of Mirrim is being developed by Canadian Creative Bytes Studios. It is their second own game, but they have taken a big step from the puzzle game for kids called Monster Assemble 3D, their first work. The studio is mainly carried on the shoulders of two men: executive director Paul Caporicci and creative director Shawn Jackson, who worked, for example, as an environment artist on Ubisoft’s Rainbow Six: Vegas.

Now let’s decipher game’s name. Mirrim, a mystical creature, is the main character, controlled by the player. He can split into dark and light entities called, wait for it, Embers. Each Ember can be controlled by a different analog stick. This gameplay element has been emphasized many times by the authors because the idea of incorporating dual-stick controls into the platformer was one of the foundation stones of the whole project. Others were developers’ nostalgic feelings towards the platformers they had played and the movies they had watched as kids. 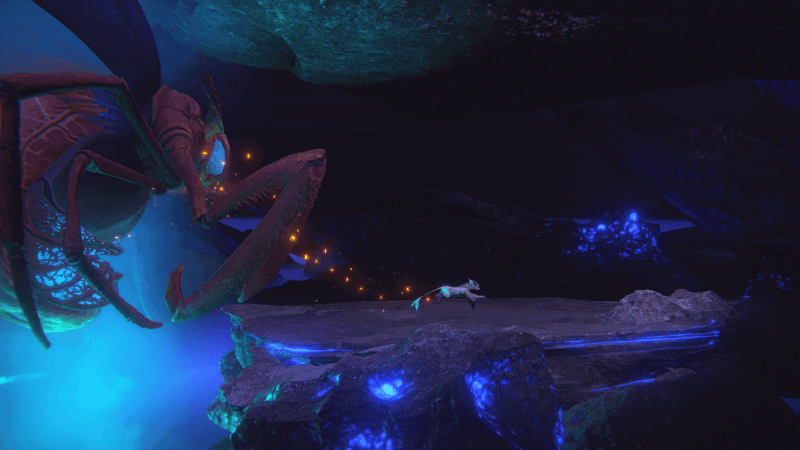 The Embers. As I’ve already said, you, Mirrim, can split into two – light and dark. This ability to divide and merge back comes handy in all aspects of the game – collecting, puzzle-solving, overcoming obstacles and fighting. Of course, sometimes Mirrim will be more useful in one piece. 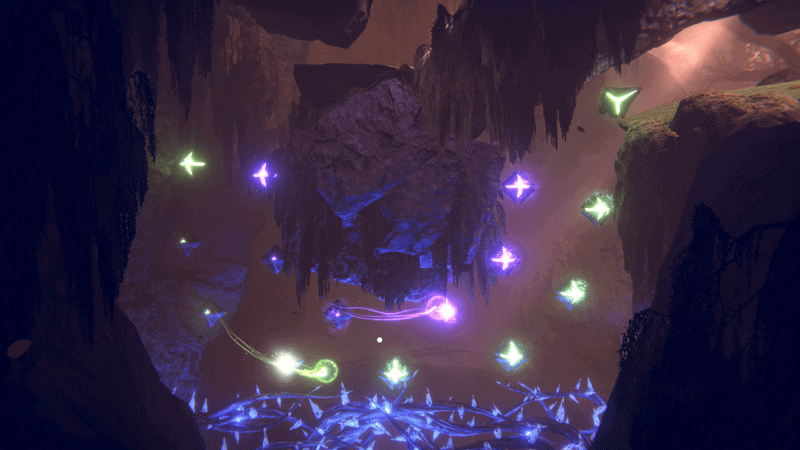 As for the story, not much has been revealed yet. Mirrim must stop the alien corruption from destroying the world. Throughout the game, various parts of the world will be explored, from “a thawing mountain to an aging forest.” 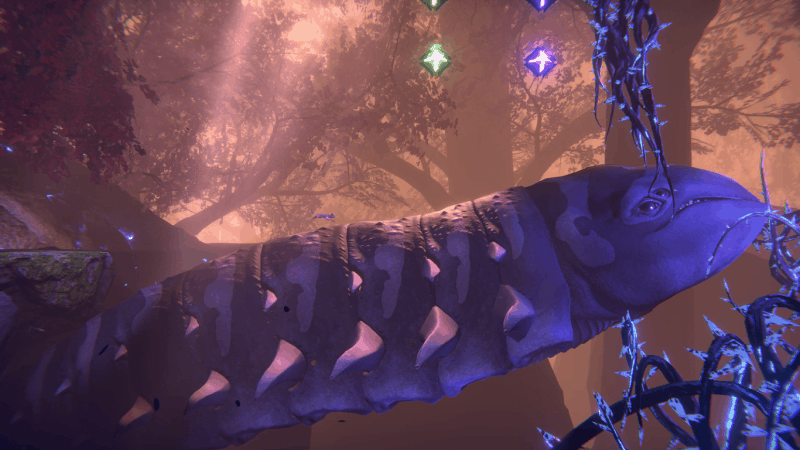 The person from Creative Bytes who kindly answered our questions was aforementioned Paul Caporicci, whose position in Embers of Mirrim development is the Project Director.

Is the name of the main character, Mirrim, inspired by the book series ‘Dragonriders of Pern’ by Anne McCaffrey?
No, when we were thinking about a character name we were exploring concepts like duality or mirroring. We thought it would be interesting for the main character’s name to be a palindrome and Mirrim was born.

Did you have any other sources of inspiration? For example books, fairy tales, folklore, etc.
We were inspired by 80’s fantasy movies that we loved when we were kids like The Neverending Story, The Dark Crystal and Labyrinth.

What games, if any, helped you design and perfect the dual-stick controls?
Rayman and Sonic were used as examples for the feel of platforming. There are some sections of Rayman Legends where you fly around which served as an example of flight controls, though it was only on one stick. The dual stick controls needed constant iteration through play-testing on the best way to teach the player the concept of controlling two flying embers independently at the same time.

Is dividing into embers going to be mandatory in any (boss) battles? I’ve been thinking about how it could work, maybe that different parts of bosses could be damaged by different embers?
The light and dark ember can affect creatures or relics in the environment in different ways. So you need to decide which one to use to solve puzzles or defeat bosses.

How long is the story?
Our game should take an average player around five hours, though there are plenty of hidden collectables which will require more time to find. The game is broken up into seven chapters that span across four colourful worlds.

I love what has been shown from the environment so far. Is there going to be any form of interaction between the character and the environment?
There are creatures and relics in the environment that you can actively interact with. You need to make conscious decisions on which ember you should be using as they will have different results. There are also passive environment interactables that help connect Mirrim to the world.

Is Mirrim the only playable character?
In the prologue level, you also play as a light and dark creature which give you an opportunity to focus on their specific controls before they are combined to become Mirrim.

In the announcement post on the PlayStation Blog, you said that game’s world is inhabited (or at least that’s what I understood) by “two proud races who must set aside their differences and come together”. Does that mean that Mirrim is a sole member of some kind of “third race”? Or are there going to be any likes of him?
This question will be revealed later throughout the story.

And lastly, do you plan to make a PS Vita version?
Our current plan is for a PlayStation 4, Xbox One and Steam launch. Post launch we will be evaluating additional platforms and territories to get Embers of Mirrim in as many players hands as we can support. 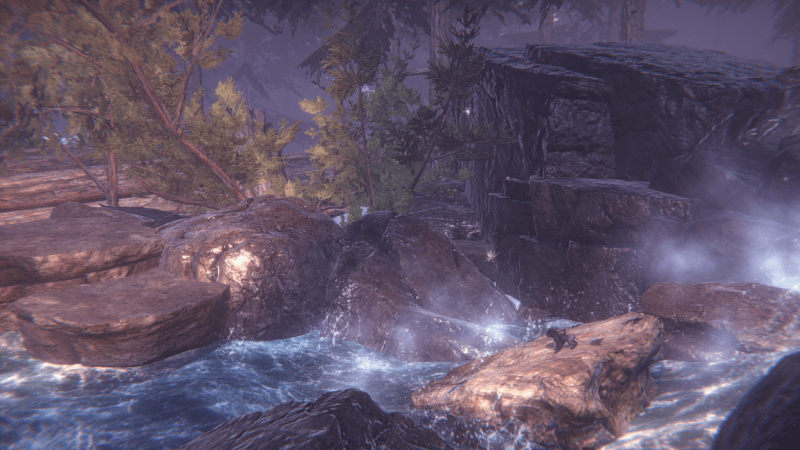 We want to thank Creative Bytes for finding time for us in these hectic times. The release date is set to spring of this year. In the meantime, watch the latest ‘action’ trailer here.

Journalism student at Charles University in Prague who likes to write about video games and hacking. I'm also European politics and history enthusiast. I mostly play on PS Vita and PC. Twitter: @Dessel575
Previous Review – Berserk and The Band of The Hawk
Next PlayStation TV Hacks for FW3.63