After a long time coming, here it is, my review for World of Final Fantasy for the PS4 and PS Vita. Does it live up to the expectations I had or does it fall apart? Does the land of Grymoire hold adventure or is it a world of ruin?  Here is my account of my 80 + hour journey. 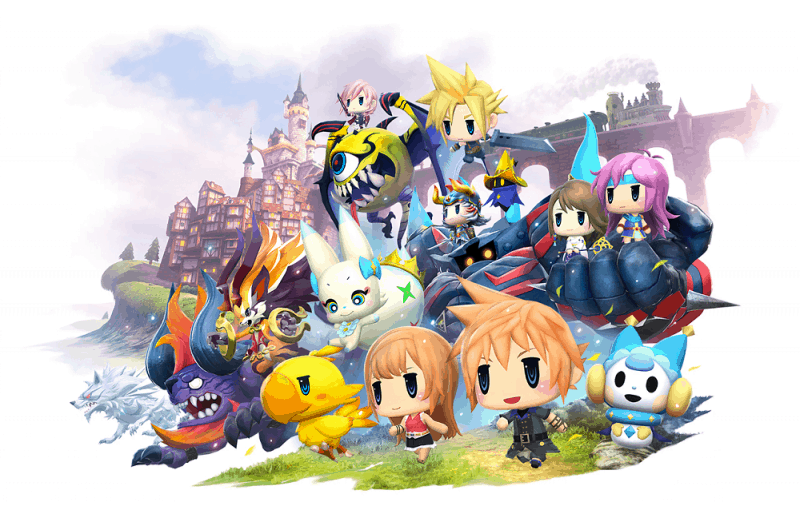 *I want to give special thanks right here to Square-Enix who graciously provided the review code for this game. In addition, I want to thank Square-Enix and the staff of HackInformer who were extremely patient for this review while I had to take some personal time off to get my life together. It means a great deal so thank you! \*o*/

*I also decided that I will give my reviews from this point on the 5 Star scale for the overall score, along with a few words that are a bit more accurate than some numbers* 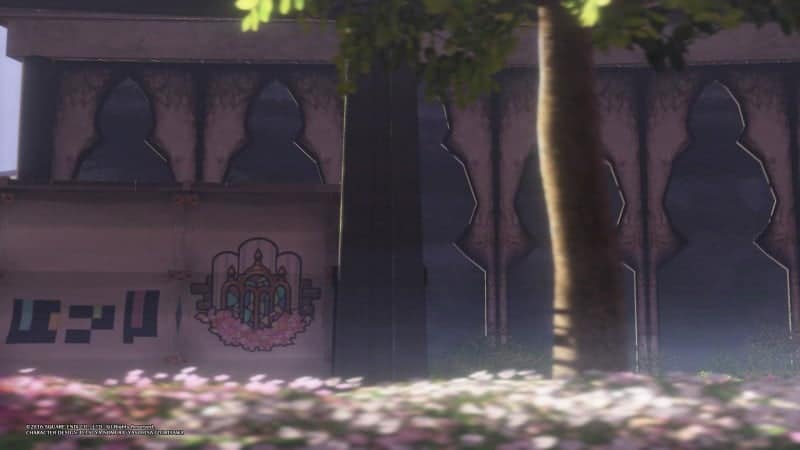 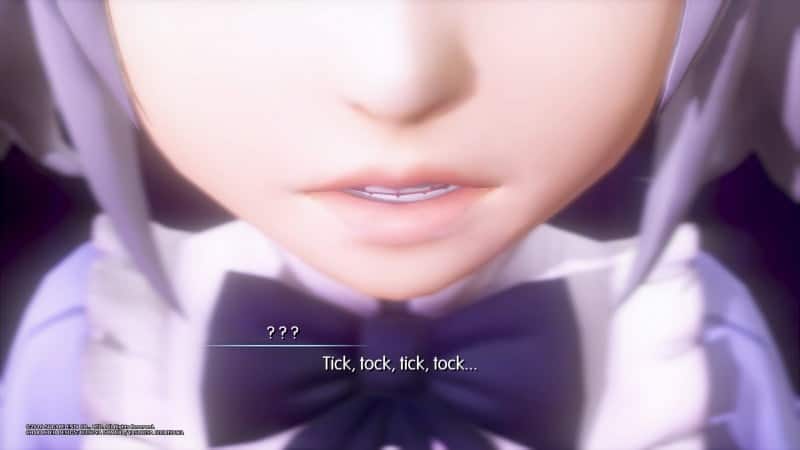 When Lann and Reynn wake up in a strange place with amnesia, they are told by Enna Kros that they must use a portal to return to the world of Grymoire, where they may be able to recover their memories. They are accompanied and aided by Tama, who tells them of the power in their arms to capture and control Mirages. Traveling across Grymoire, the siblings encounter multiple Final Fantasy characters divided into different factions, and must face the threat of the Bahamut Army, which seeks to cast Grymoire into chaos. 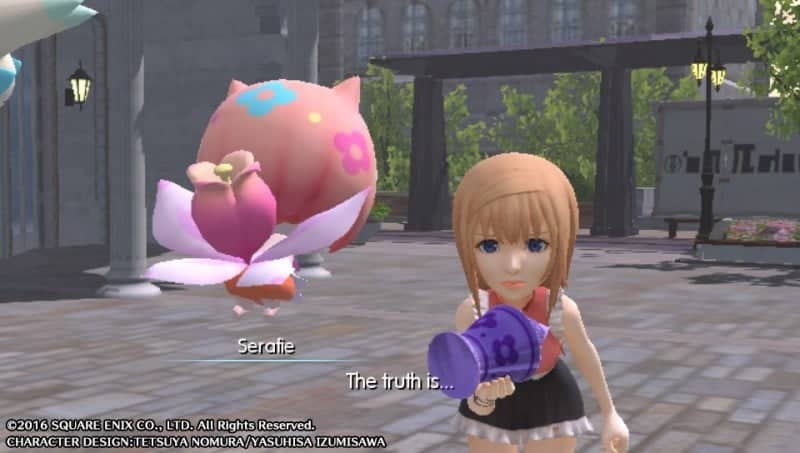 For an RPG game, it follows the usual tropes of an RPG game. By usual, I mean that eventually it is discovered that our young heroes will eventually have to save the world. However, WOFF does a few things different. The Amnesia element of the story adds an interesting twist which does deliver when revelations come about. Sprinkle in a beautiful world, unique story-telling, and charming characters and you have yourself a wonderful experience. 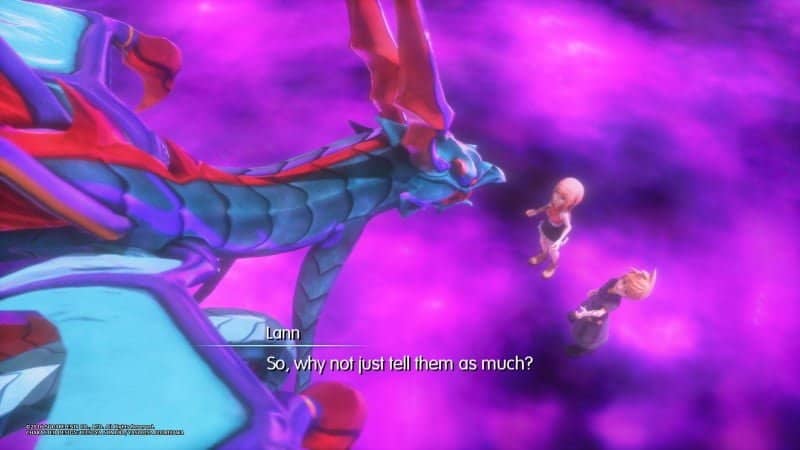 Forewarned, Lann is pretty idiotic and can cause you to put your hand on your face or scratch your head with his dialogue. However, as the game progresses, you will realize that is his character and it works with him. The game also has a running theme of his idiotic jokes followed by a response from other party members and NPCS.

Intro/Story score – Good, Unique experience with some usual tropes of an RPG game. (4/5) 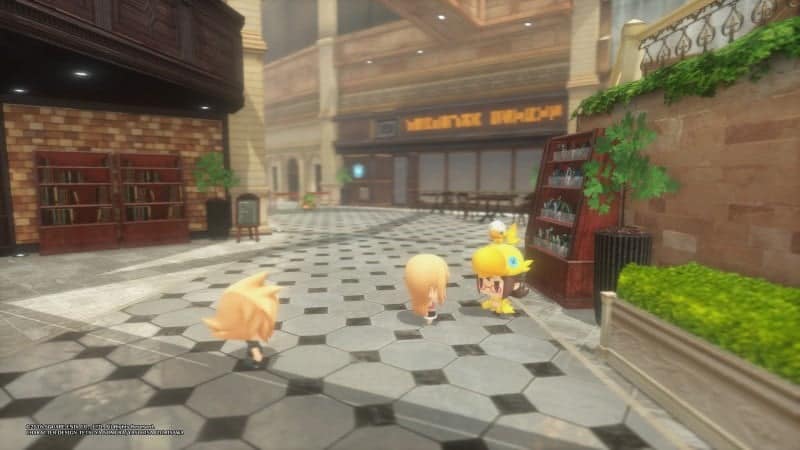 Gameplay comes in three forms in WOFF. Form 1 is the exploration of the world. 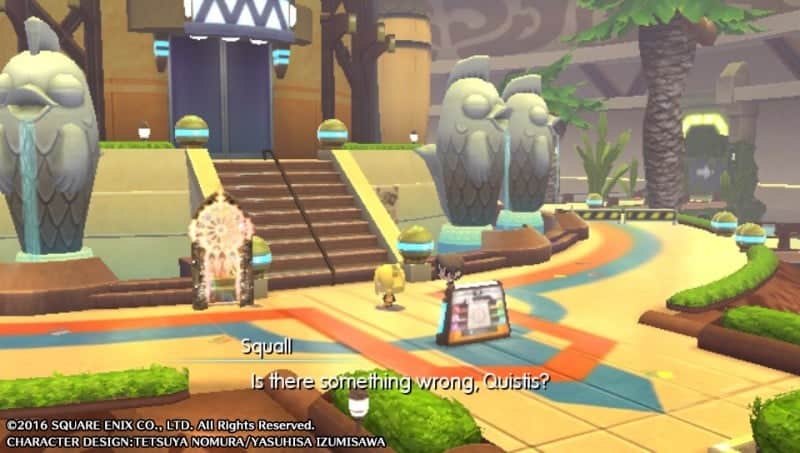 From this form, it is typical adventure RPG. You run around the world in your Jiant or Lilikin form (which you can interchange at will). You find treasure chests, secrets, explore dungeons, and just exploring the beautiful world while interacting with everyone and everything you encounter. The world is vibrant and full of interesting NPCS. The game provides tutorials to cover this exploration aspect. 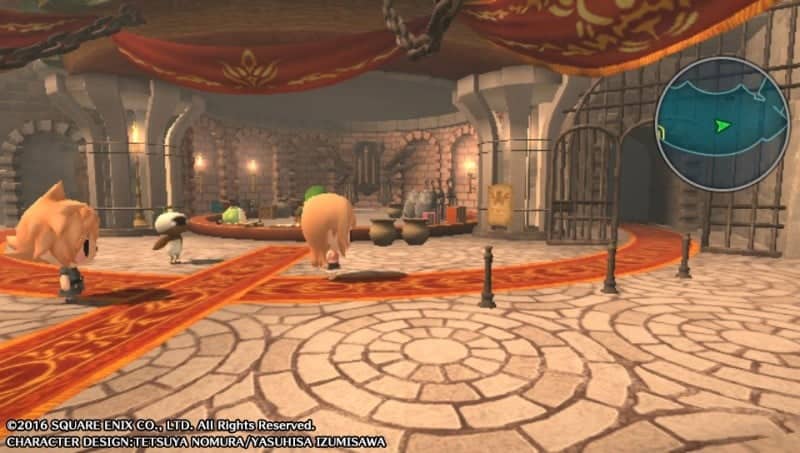 The Next Form is combat 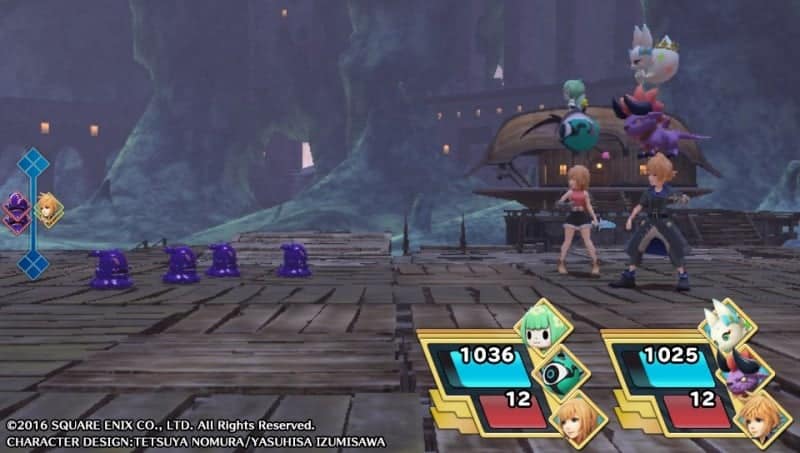 There are two combat modes. Classic and Basic. As the name implies, Classic is similar to the old Final Fantasy games. Basic is a new type of shorthand system in battle.  It assigns the combat abilities to each of the face buttons while each button has a subset underneath it. The battle system also returns to the classic Active Time Battle (ATB) system. You have to wait til the time meter fills before you are able to attack. You can see where your turn will come in place in battle as well while looking at the time bar in the upper left corner. 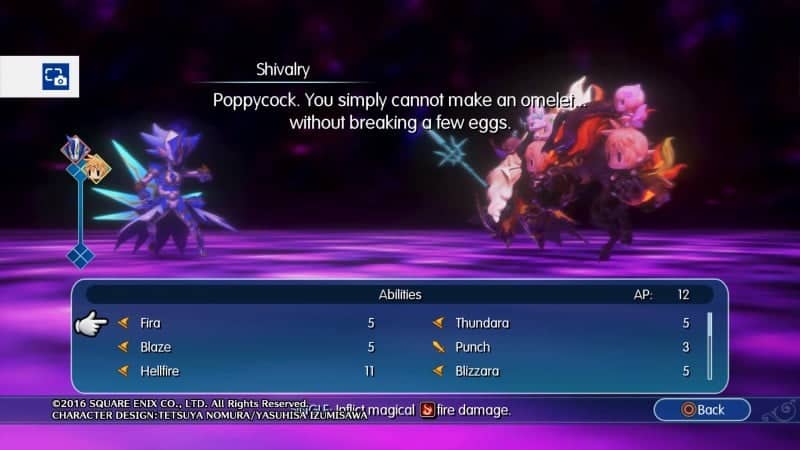 You also have the option of Wait, Semi-Active, or Active when it comes to battle. Active does not stop the time at all during battle, Semi-Active stops the time for certain moves, and Wait stops time every time your turn comes into play to give you ample time to decide your strategy in battle. 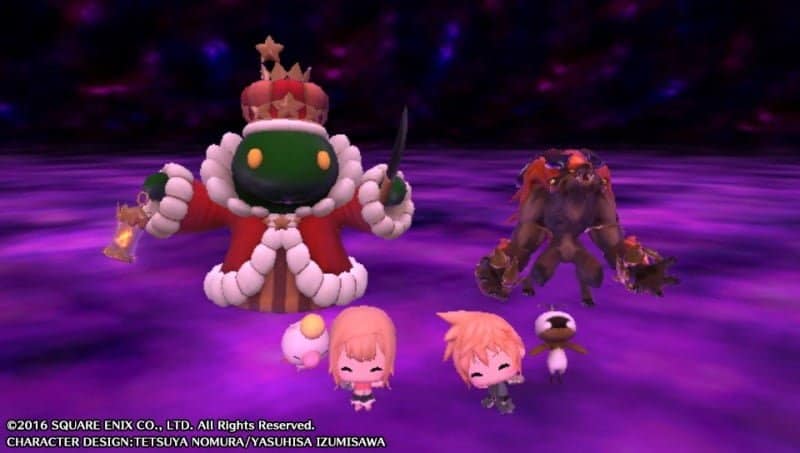 The battle itself has different elements. You can choose to fight in your Jiant form, which is your normal form with the Mirages stacked on your head. This provides for usually overpowered attacks. You also have your Likin form, in which you are in the middle area of your stack. This form allows for more strategy and depending on which mirage you have in the large slot you can be overpowered. If you are aiming to capture most classic final fantasy summons and elements just know they will usually be in the large slot while you are in the Likin form. 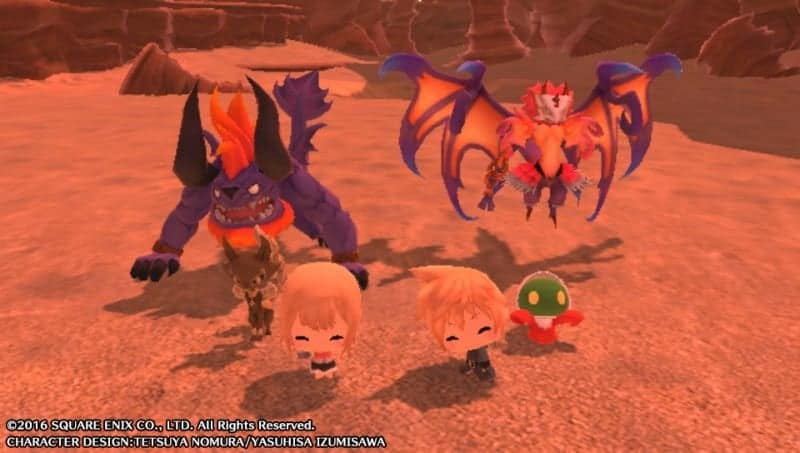 You can also choose to unstack your stack. This will allow for more attacks, as you will move from two turns to six turns at most. However, unstacking puts you at disadvantage at times, as your stats will unstack too. Unstacking will give you each characters individual stacks, while stacking will combine each of their stats. It may all sound confusing right now, but as the player, you will pick it up quickly as you figure it out. 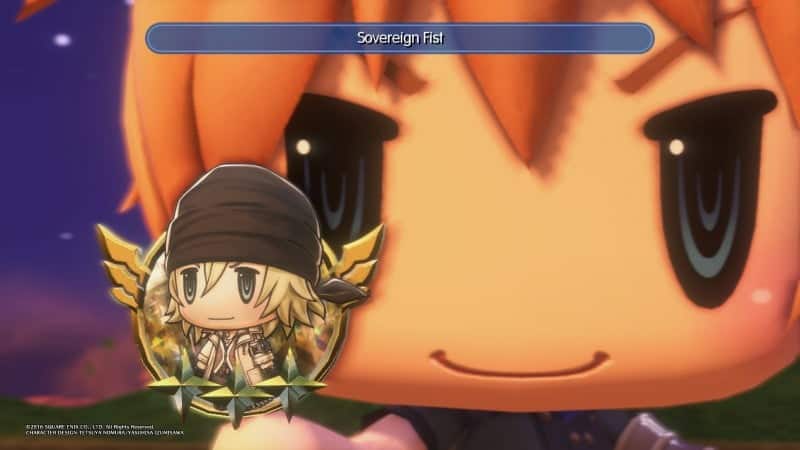 During gameplay, you will get new elements during combat, like summoning champions and mega mirages. I will leave that to you, the player to discover them and utilize them to their full advantages. The game also provides an in-depth tutorial for combat and the new elements that become introduced as they are discovered in the game.

The final form of gameplay is the preparation element as I call it. 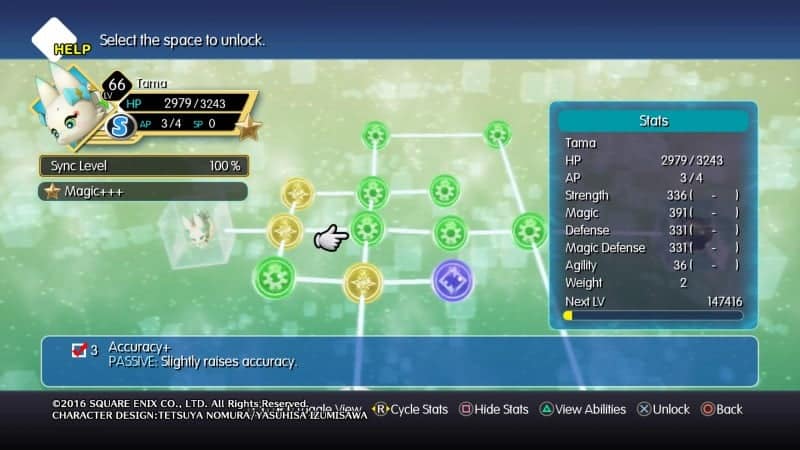 Those who played Final Fantasy X will be very familiar with one component here. That is the level of preparation. This is very similar to Final Fantasy X’s sphere grid. As you level up, you are given AP (Ability Points). With AP you choose what each mirage learns and those abilities are unlocked. You also can evolve your Mirages as they reach a certain level with enough Mirage points. When you max out their grids and they evolved to their final forms, you are granted one special permanent ability. This becomes second nature very quick and the game also provides a tutorial to learn all this. 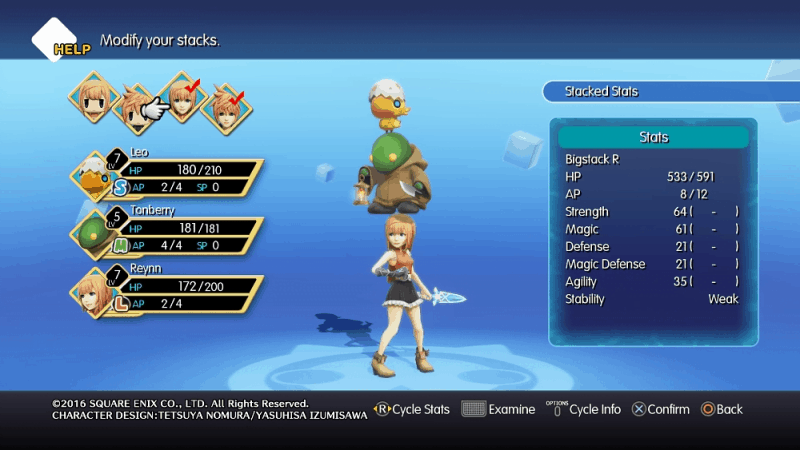 The final part of this preparation element is choosing your stacks. You have to strategically choose your stack as you go into new areas and do battle with enemies. Even if you have over-leveled Mirages in your stacks, if you choose the wrong combination, it can stack the odds against your team. Choose carefully or meet with a defeat in battle.

In battle, can only meet with a game over if you fall to the main boss. This will be noticed as you will see red bars surrounding the battle area. Otherwise, if you lose in battle, you are just sent back to the main hub area of the game. 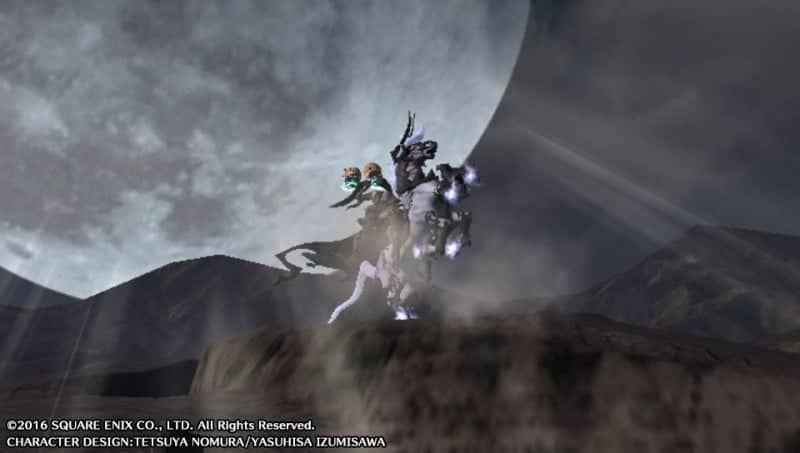 Visually, both on PS4 and Vita, the game is beautiful. Vita sacrifices some visual quality to allow for adequate gameplay, but it still delivers some visually impressive features. Still, it looks as if some areas can be polished a bit more. 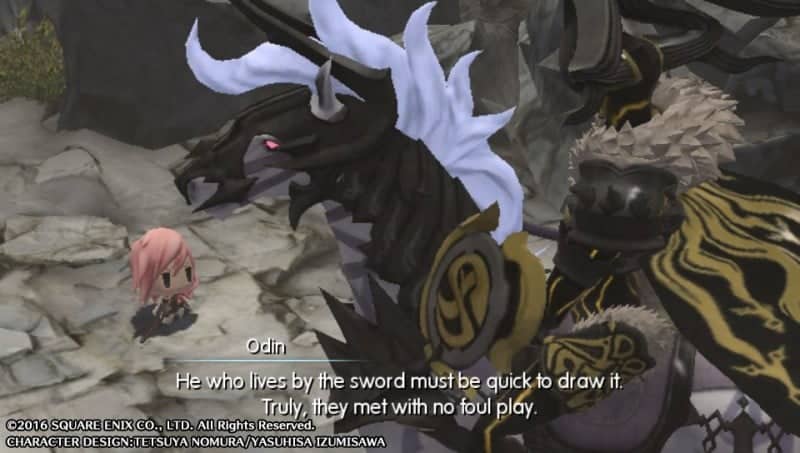 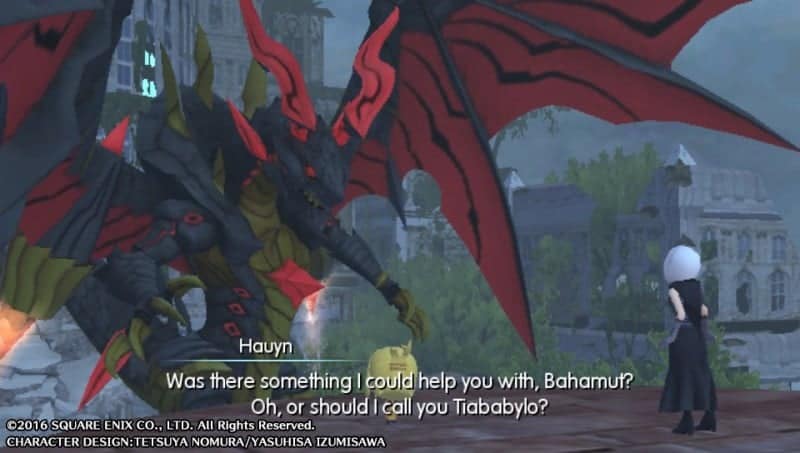 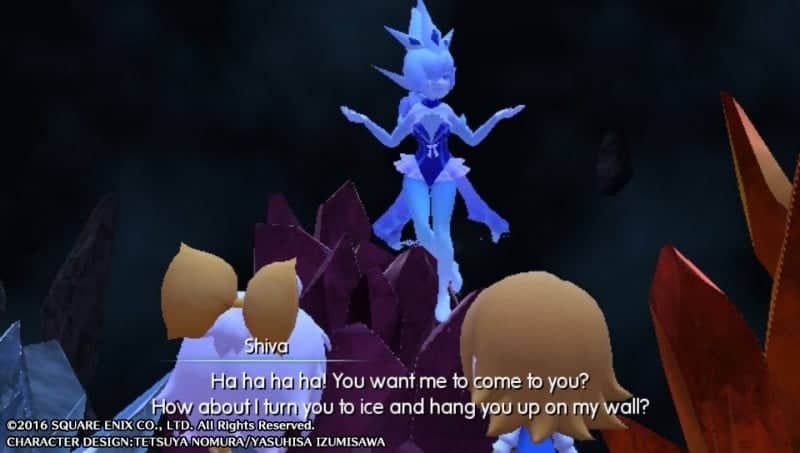 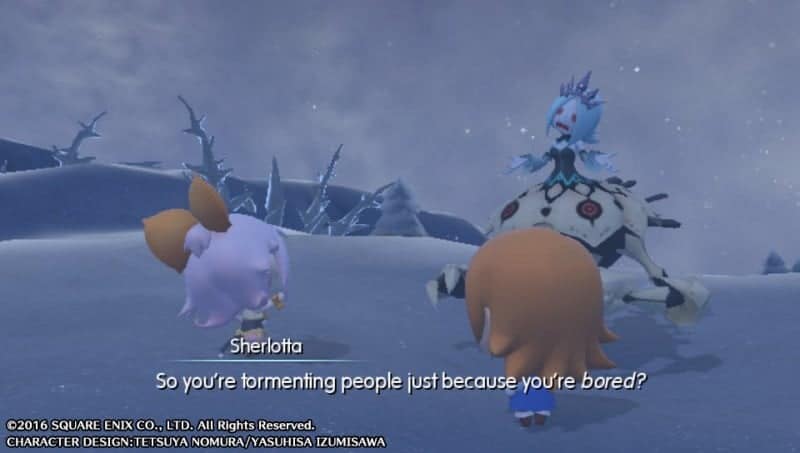 Overall what platform you decide to play this game on, you will find it very beautiful.

Visual Score: One of the most impressive/charming visually appealing games of this year (4.5/5)

The audio for this game is top notch. You have the option of Japanese Voice Overs or English Voice Overs. Both are wonderful and compliment the game.  For the music, you have original songs for the game, and remixes of classic Final Fantasy themes. Both are superb.

For voice overs, every main character is voiced. This includes all the Mirages(Summons, champions, NPCs, Monsters). It is wonderful as you battle a Tonberry and suddenly you hear a really deep voice say “Die” or when you battle a Mega Mirage like Bahamut and you hear his voice.

Clash on the Big Bridge Remix

Audio Score: The best soundtrack/audio delivery for this year for any game I have played as of writing this review. (5/5) 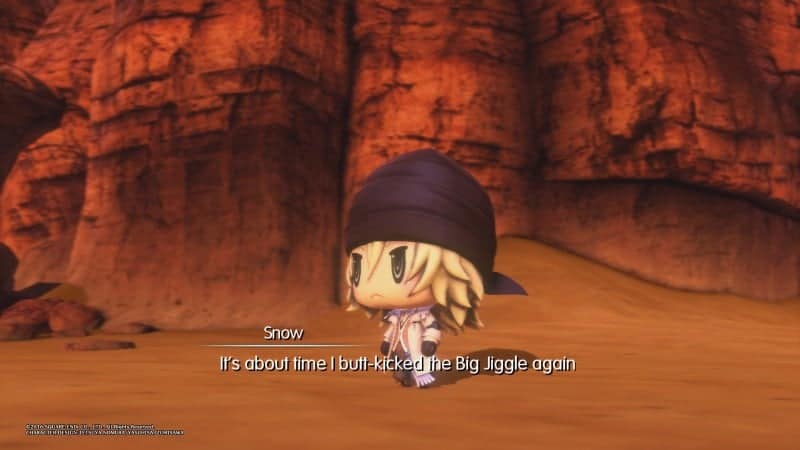 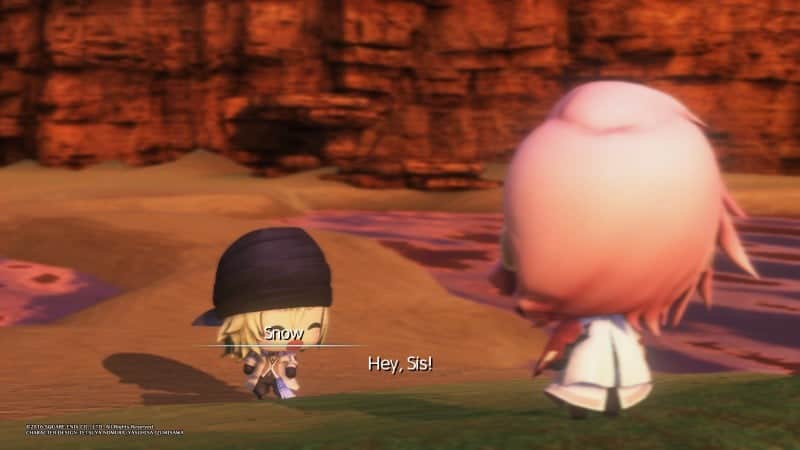 When the game finishes, you unlock a few more dungeons plus a super secret boss to fight (if you played a certain PS1 RPG from Square, you will know who this boss is immediately). You can settle for the normal ending, or strive for the true ending of the game. After 80+ hours, I still have not fully finished everything this game has to offer. You have the secret dungeons, secret bosses, side quests, the time/mirror quests, and coliseum battles. So much to do in this game after the main story is wrapped up, and it will have you busy for quite some time.

Replay Value Score: Tons to do after story wraps up, and no shortage of content. (5/5) 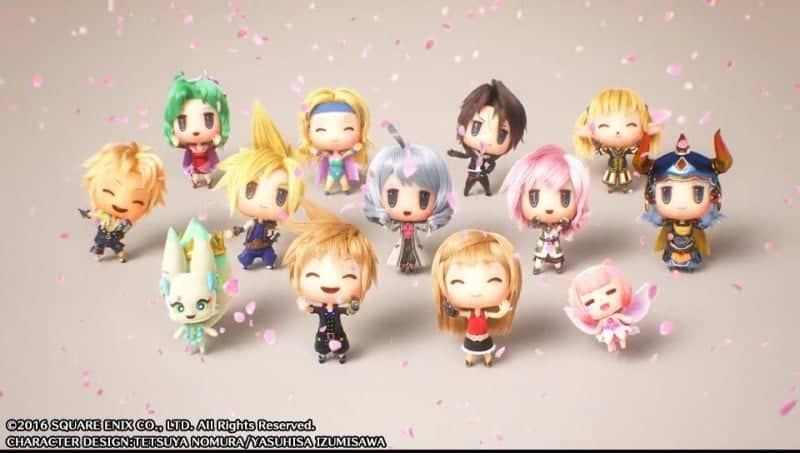 World of Final Fantasy can be very off-putting or dubbed a “baby game” by most individuals appearance wise. I promise you if you invest yourself in the game, you will find so much more. For a game that had me invested for 80+ hours, and has me wanting to go back to it once more as I write this review, I Loved every second of this game. It oozes charm, delivers depth, and is all around fun. This is one of those games I would love a New Game + mode in it (and hoping it gets patched in with the newest patch scheduled for sometime next year for the PS4 Pro). If you give time to World of Final Fantasy, I promise you get one of the unique experiences of gaming this year. This is easily in my top 10 games of this year, and to even state further, it is in my top 3 RPGs of this year.

Intro/Story score – Good, Unique experience with some usual tropes of an RPG game. (4/5)
Gameplay Score – Very Good; more meets the eye as you dive into WOFF (4.5/5)
Visual Score: One of the most impressive/charming visually appealing games of this year (4.5/5)
Audio Score: The best soundtrack/audio delivery for this year for any game I have played as of writing this review. (5/5)
Fun Factor score: Very fun from start to end (5/5)
Replay Value Score: Tons to do after story wraps up, and no shortage of content. (5/5)

Final Score: 28/30; Easily one of the best games I have played this year.