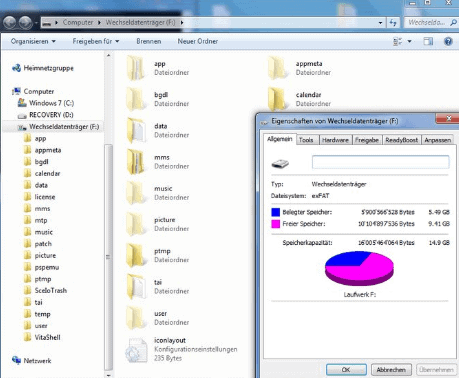 Could regular USB connection finally come to the PSVita?

Since the PSVita was released we have all wished it would just connect to the PC or Mac without needing CMA to transfer games and apps. If you ever ran TN-V, VHBL, or ARK on your PSVita you know that we can only use FTP to transfer files to it or use QCMA and a PSP game save. Even with the release of Henkaku & taiHenkaku we are still stuck using FTP or QCMA to transfer games and other things to our Vita.

Now The Flow has tweeted about using USB with vitashell and if he really does have this working it will be an amazing step forward for the PSVita.

Imagine you press SELECT in VitaShell and get USB connection instead of FTP.

There is no word on a release or even if this is real but knowing The Flow he probably figured out a way to use a USB connection with Vitashell. We all know he’s taking a break from the Vita scene and will be back in February but he probably had some free time to mess with the Vita.

If this really happens for the PSVita it would solve the problem of using FTP just to transfer files to the Vita. We all know transferring files via FTP can take a long time to do especially with big files.

Update its real and coming this February.

Merry christmas and btw this picture was real. Release in February. https://t.co/yngPQJvtc5

I like to get everyone the right info and I like to help others get the most from there electronic devices. I enjoy playful cleverness and the exploration of technology. My Motto: You own it, you can do whatever you want with it.
@HackInformer
Previous Steam Now Offers Better Support For PS4 Dual Shock Controller’s!!
Next The Little Acre is a little slice of cuteness!