B.S. ? Detector Is Here To Save You From Fake News??

Today I would like to share some information on a new plugin that tries to spot fake and not-so-trustworthy news on the net. It’s called the B.S. ? Detector, it’s the work of self-agency and is in response to the claims that Mark Zuckerberg stated wherein Facebook is unable to substantively address the proliferation of fake news on its platform. 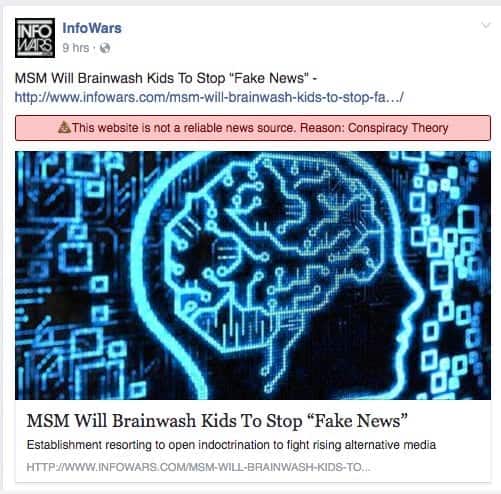 Thus enter the B.S. ? Detector? It’s a browser extension/plugin for Chrome and Mozilla-based browsers. The B.S. Detector searches all links on a given web page for references to unreliable sources, checking against a manually compiled list of domains. It then provides visual warnings about the presence of questionable links or the browsing of questionable websites. 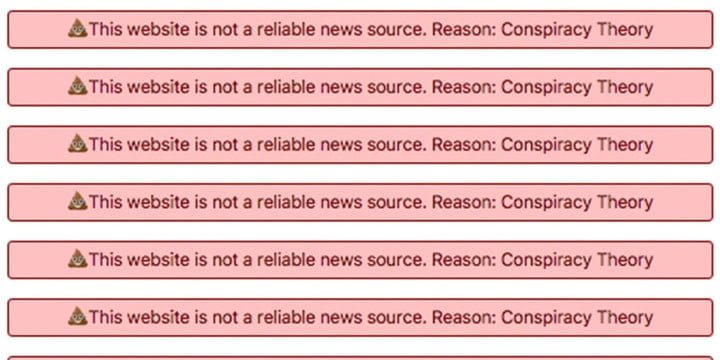 According to self-agency the info is somewhat indiscriminately compiled from various sources around the web but who knows what is good or bad sometimes. They actively review this dataset, categorizing entries, and removing misidentified domains. They say it can not guarantee complete accuracy of their data at the moment (weird,yeah right) and you can view the complete list here. What makes them know any better and could be bypass too or whatever.

If there are any sites you recommend adding or removing, or if you object to your site being listed, you can file a report here.

This is a good step in the right direction since, according to techcrunch.com, A Stanford study found that the majority of middle school students can’t tell the difference between real news and fake news.

This is a major problem that now, and this plugin tries to help identify the truth in the news we read but who’s to say this list is any good.

You can check this plugin by going here or here

Do it for the love of the game.
Previous Easy and safe way to update the PSVita or PSTV to FW3.60
Next Netflix adds download option to iOS and Android devices!!!