VitaOrganizer can convert MaiDumps into VPK files & so much more

VitaOrganizer is for listing your games and apps, uploading games and homebrew app to the PSVITA or PSTV without the size requirements of uploading the whole VPK and extracting it later on the Vita. It should work with Windows, Linux, and MacOS.

The biggest improvement with this version is it can convert MaiDumps into vpk files, with support to update vpk files and hotspot features (windows only at the moment) which will allow you to create a unique wifi hosted network directly from VitaOrganizer for direct sending without needing an Internet connection. 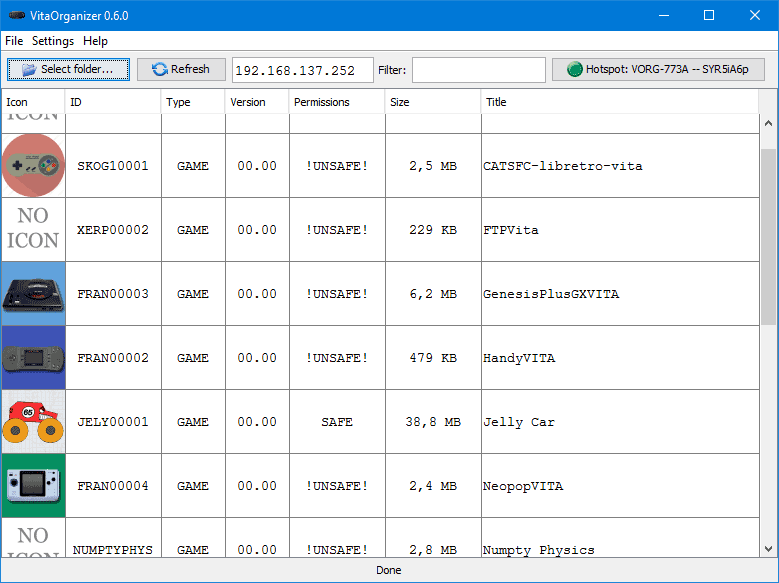 Thanks to gordon0001 for continuing the work these weeks!

I like to get everyone the right info and I like to help others get the most from there electronic devices. I enjoy playful cleverness and the exploration of technology. My Motto: You own it, you can do whatever you want with it.
Previous 7th Dragon III Code: VFD About To Drop For EU Users In December!
Next Nand Dumper + RedNAND released for the Wii U