Well, the man that just can’t stop is giving us even more with Bypass.md!  Bypass.md is a way to swap memory cards on two Vitas on different FW versions, the way it works is by making the id.dat file read only. So you won’t get that annoying need to update or format prompt, just to swap memory cards around.

The Vita will always write the current system version to the SVR field in the file. This means if you have two Vitas on different FW versions, and you put the memory card from the newer FW Vita into the older FW Vita, it will prompt you to update. To bypass this, you can make the id.dat file read only.

This will make any attempt to write to id.dat fail including attempts to update the SVR field.

As a side effect, though, every time you boot the Vita, it will rebuild the database. So be aware of that if you have any mods there.

If you would like to try this you can go here and try it for yourself.

Now developer Smoke has put everything together for you in this homebrew called memcardswap. 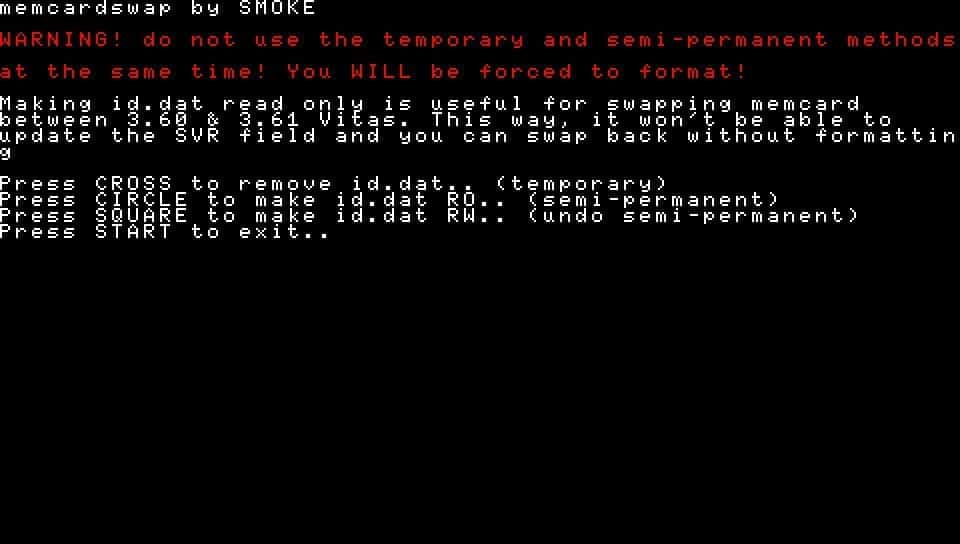 Now you can swap your memory card from 3.60 to 3.61+ and back without formatting because the SVR field (system version) in doesn’t get updated

Do it for the love of the game.
Previous Android: Tapjacking is Back on Marshmallow
Next Dual Review With Guest Reviewer Nekozen & Gundam Breaker 3 for PlayStation 4