UPDATE: TheFlow managed to greatly increase compatibility with games. We advise you to wait for the next release to start dumping your games because it will probably save you a lot of time and testing. 😀

I’m really grateful, even though people hated on Team Freek and their participants and their software that was leaked. They are still going to do a proper release of the software. But for now, let’s get to the features this version has. This version has 444mhz overclock support for dumped games and better compatibility with games as well as a progress bar and some minor under the hood fixes. So after reading this you will probably want to try it out so here is how it works 🙂

What you need:
PS Vita on Firmware 3.60 with HENkaku installed
Download: Vitamin_v1.0.vpk

Added support for cartridges dumping which have grw0:.
Added files restoration in case your dump failed (fixes 0x80010011 error and Morphine name in LA. You need to launch Vitamin in order to restore the files).

EDIT: If you downloaded vitamin at release and it crashes when doing the dumps please download the new version. It fixed the crash bug 🙂
Download: amphetamin_plugin.zip 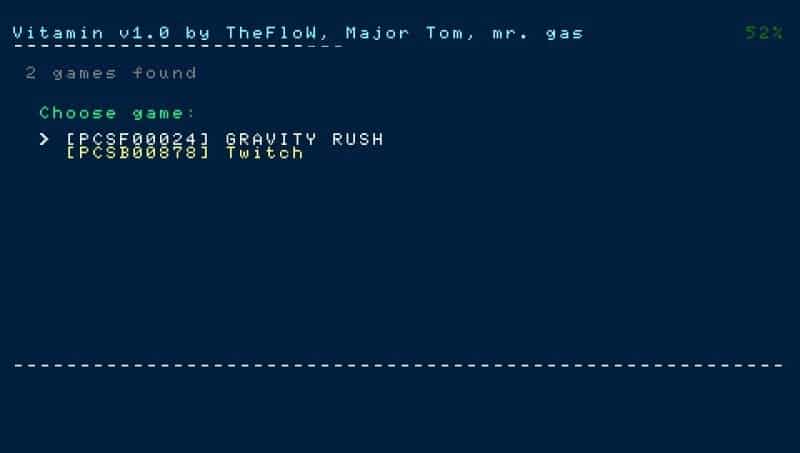 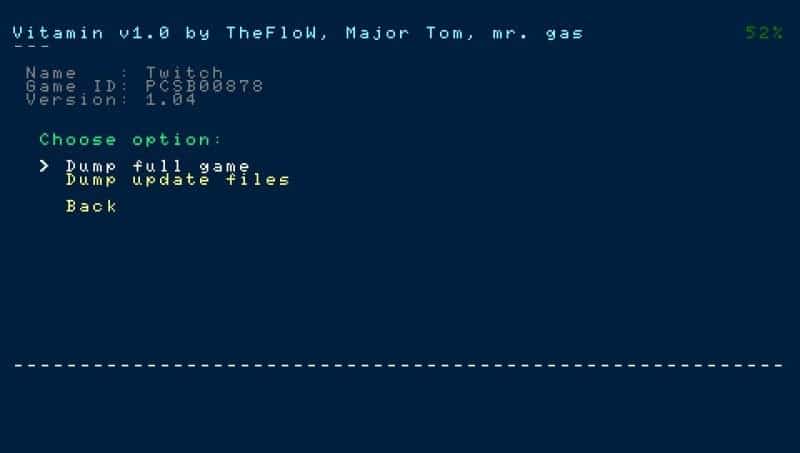 6. Start the process by pressing cross. It will show you some information and prompt you to press x to open party. Do it and then without closing party go back to Vitamin. Then press X to start the Dump. (Depending on the Game size this can take over an hour to finish dumping) 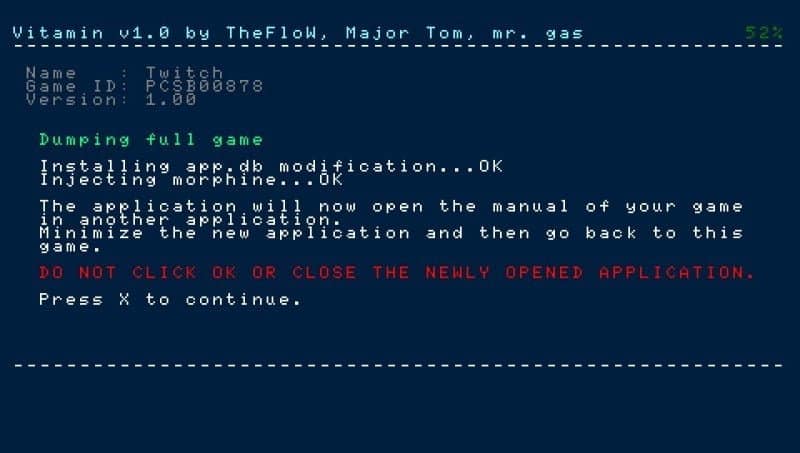 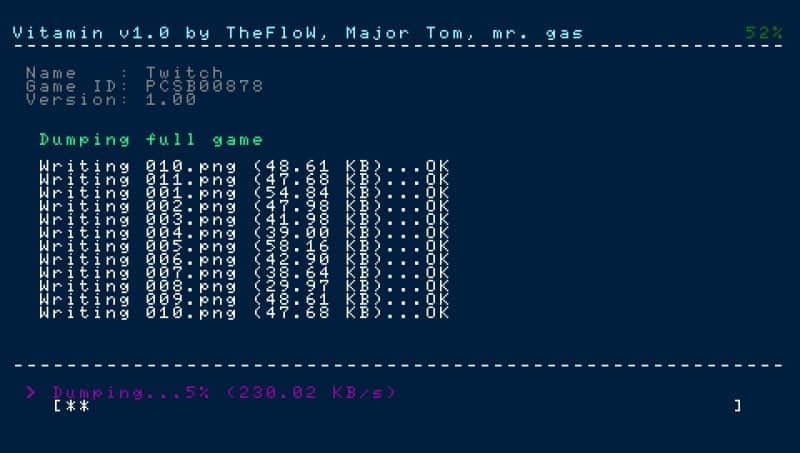 7. When it dumped the game files it will switch between vitamin and the app you are dumping to decrypt the eboot.bin and finish the backup. When its done it will look like this. 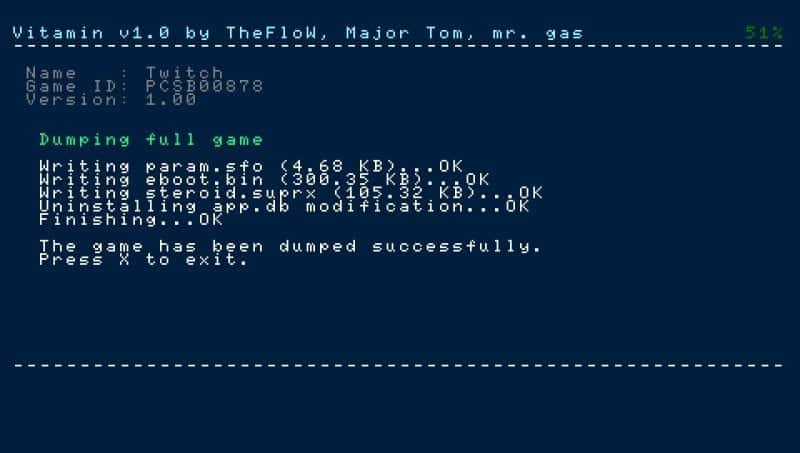 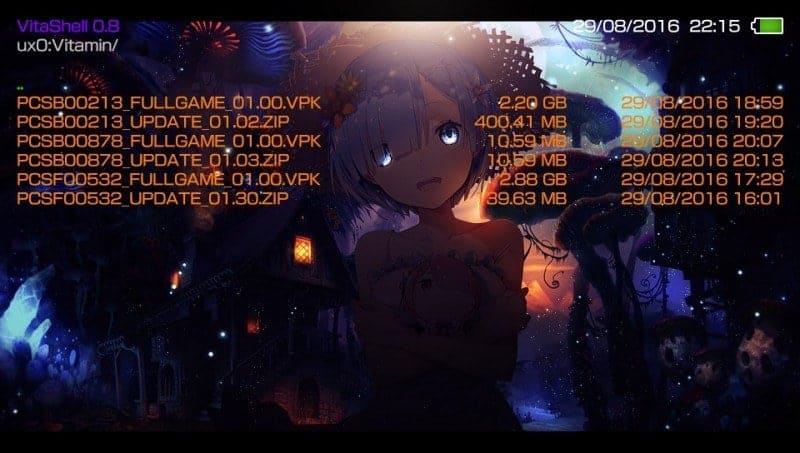 9. Just delete your original game and install the VPK to test if it works correctly. To also test the Patch files just extract the files from the .zip archive and copy it to ux0:/patch/YourGameName/

How to use the amphetamine Plugin with Vitamin Dumped games
1. Extract amphetamine_plugin.zip
2. Use MolecularShell to copy plugins to ux0:
3. Start any game dumped with Vitamin and hold select a few seconds to load the plugin menu and change the CPU Frequency, BUS Frequency, and GPU Frequency  🙂

A big shootout to TheFlow, Major Tom, and Mr.Gas who, even though their software has been leaked, provided an official release for us to use 🙂