Do you want to be a pirate, if at least for a few (hundreds of) hours? Now you almost can, thanks to Rare and Microsoft. Let’s have a look how it works! 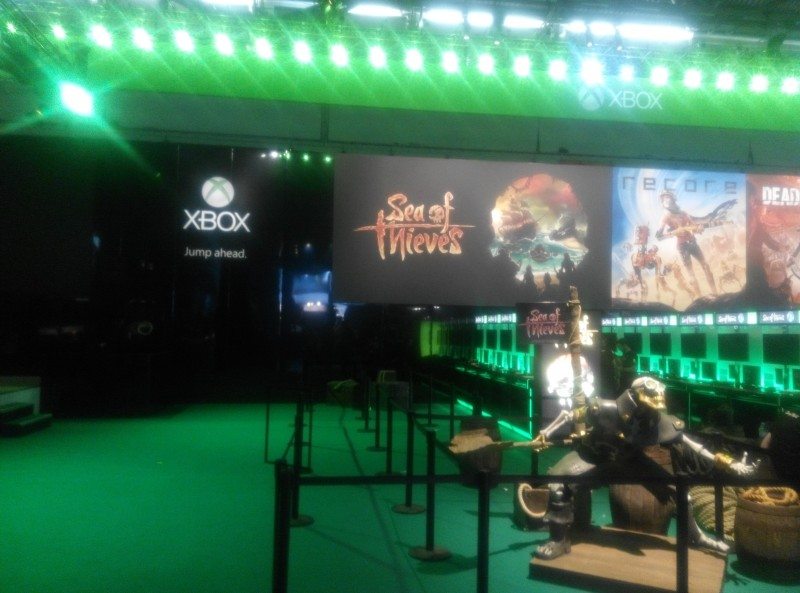 On the board! Raise the anchor! We’re sailing! Ship under the command of captain Staff guy who instructed us (the crew) through the mic sailed to the open sea. Our not-so-competent coxswain missed an island we could’ve explored, too bad. On the bright side, I’m getting used to the way the ship swings on the sea. 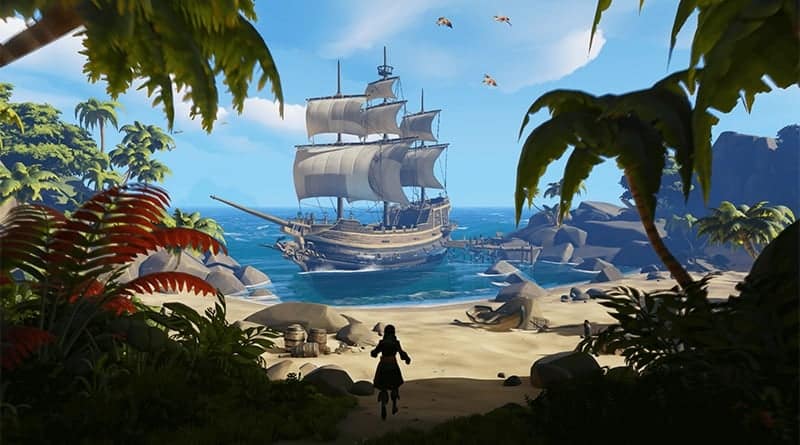 Suddenly, there’s a foreign ship on our right side… What are we going to do? Fight it! Get the cannons ready! Ouch, that was close. We survived, the other ship took some damage, but there are some holes we have to fill. All that with a sound of playing harmonica, because apparently, someone thinks that playing their harmonica is a better idea than firing cannons or preventing the ship from sinking. *sigh* Well, even though there’s quite a lot of water in one of the lower decks, we should be fine. 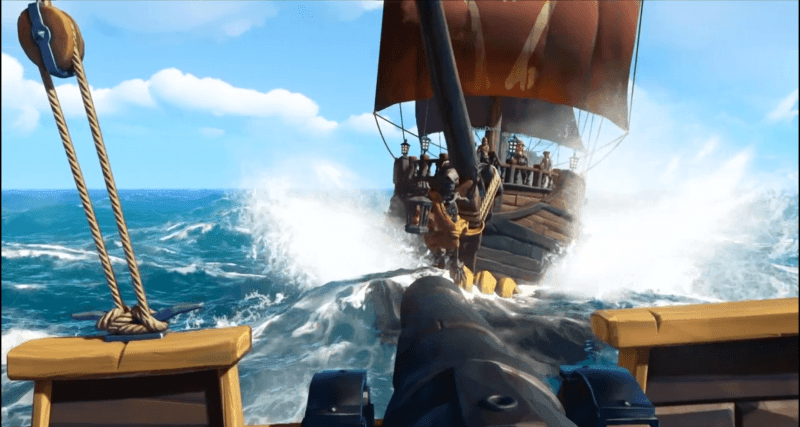 Oh, damn, no time to waste, we barely survived the first ship we encountered and another one is approaching. This time from the left.
…
We fought bravely, but it was too much (and I also totally suck at aiming). Crew members are in the water and captain Staff guy says “Now is the time to drink rum, I’ll spawn us another ship”, smiling.

So, to summarise it: Sea of Thieves is pure multiplayer fun dressed in a beautiful environment, supported by pretty simple, yet adequate, graphics. So when and where? In 2017 on Xbox One and Windows.