Hello there, Mgs2master2 here. I am here to recap E3 2016. This is part of a multi-part experience of my adventure of E3 2016. There will be a ton of pictures, as some text in between. There will be many parts of this, so enjoy the ride! 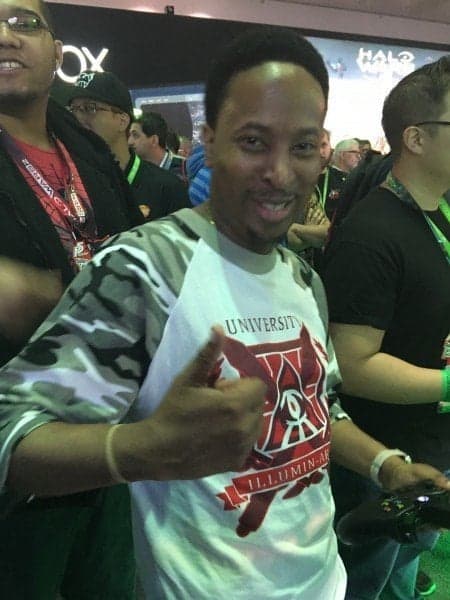 I met Steve from YoVideogames (Twitter here) at the Tekken 7 area in the Xbox section. Dude was handing out L’s to people playing him. Next, I decided to go to Namco 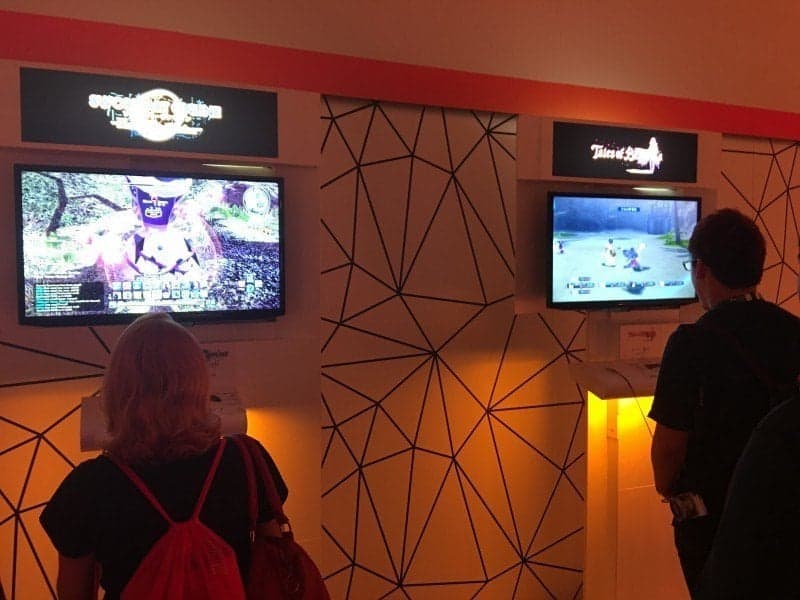 I was aiming to play more Tekken 7, however, I was sidetracked with Sword Art Online: Hollow Realization and Tales of Berseria being playable on the in the Bamco section. Both were fun times to play and left me wanting to  play more. I briefly decided to wander after when I bumped into someone incredible and a huge inspiration to me. 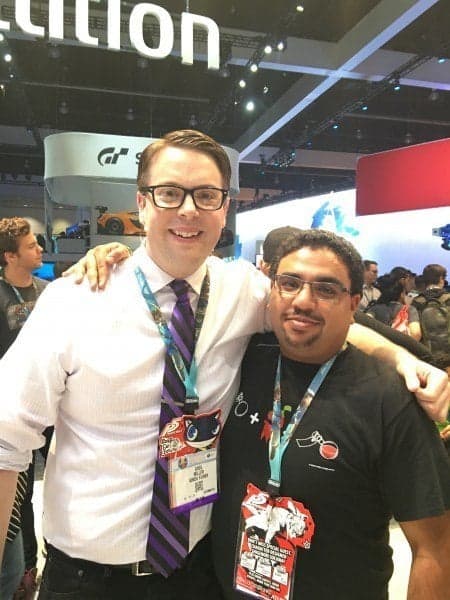 I bumped into THE GREG MILLER (twitter here) which left me star struck for quite some time. He is one of the reasons why I decided to become a writer and pursue my hobby of video games to turn it into something amazing.  It was a pleasure and honor. Dude is also pretty tall which is something I did not expect lol. More wandering continues! 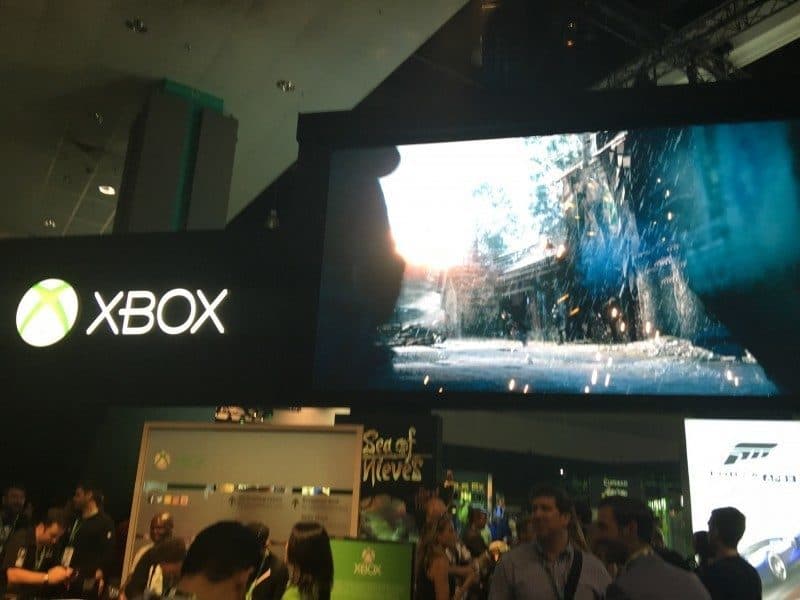 Here is a brief picture of the Xbox section. I took this while waiting to play Deus Ex: Mankind Divided. However, Windows 10 master race crashed the game in steam and it never recovered. So I made it my next task to try VR. I probably tried one of the more mediocre VR experiences. 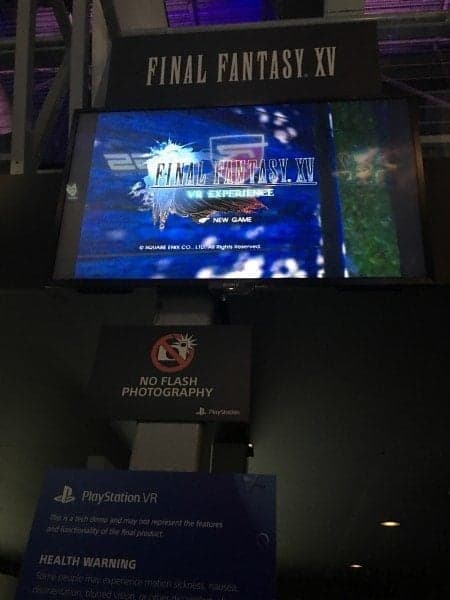 I ended up playing Final Fantasy XV VR. The demo consisted of standing in 1 area, shooting at a beast, teleporting in a different area and shooting at the beast. This repeated until the beast was defeated. At the end of the demo, you ride in a car on a highway listening to some music track from FFXIII staring at Cidney.  That is about it, nothing else here. The VR was very responsive though so that is something. I can only speculate on the future of VR, but it looks promising. PSVR was the most responsive VR device I played on the show floor.  From here, I went and ventured to the Hyperkin booth. 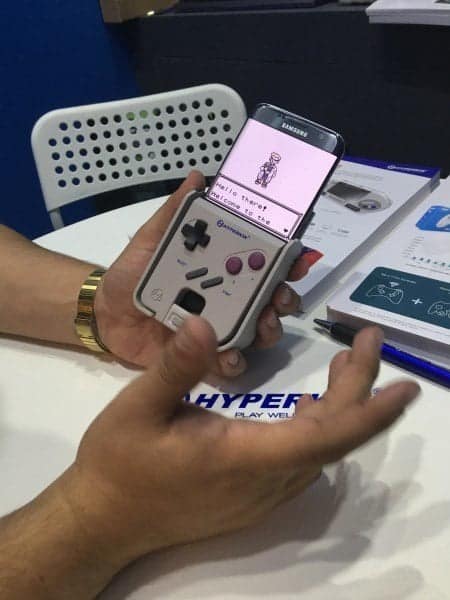 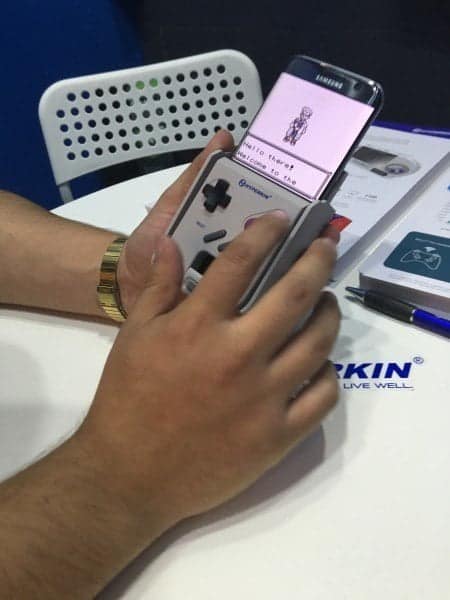 This is only a small portion of what I saw there (Expect a much more detailed post later this week about the awesome things I saw at Hyperkin). I got hands on time with the Superboy, which is a Samsung (or android based device) casing to play Gameboy, Gameboy Color, and Gameboy Advance games. This device was a wonderful thing I got to experience. I thank Chris from Hyperkin for showing it to me and allowing me some time to play with it. 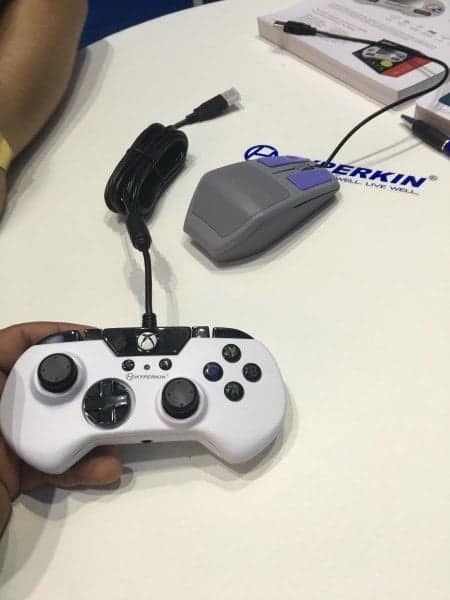 I was also shown this cool Xbox one/PC controller that Hyperkin was commissioned to make by Microsoft. It looks very impressive and the build on it is amazing. I also got to see this cool mouse which will work on PC and the Super NES. Once again, expect a more detailed post later this week about the awesome stuff at the Hyperkin booth I experienced.  I went back and forth quite a bit from here. During one of my back and forths, I saw two famous streamers on twitch doing their live show. 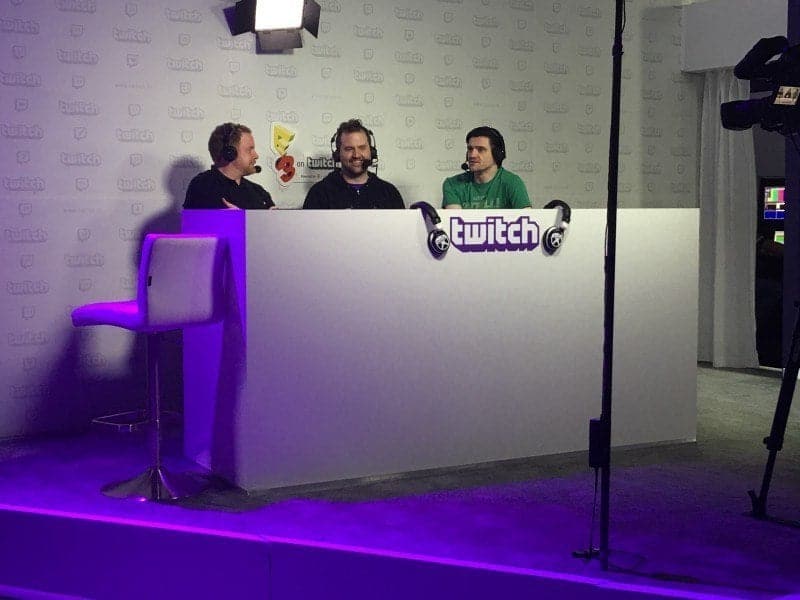 I saw ManvsGame (Here is his twitter) and Ezekiel III (his twitter here).  After this, I decided to take a quick rest and check my 3DS 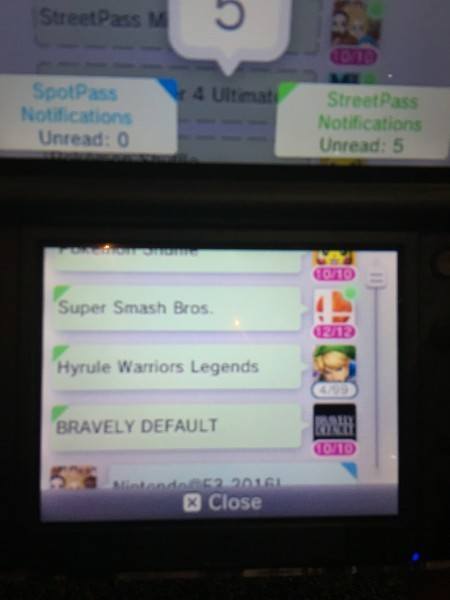 When looking to max out your 3DS Streetpass, E3 does this job well.  I heard from people at this point that Gwent (from The Witcher 3) was playable here on the show floor. I decided to go look for it. 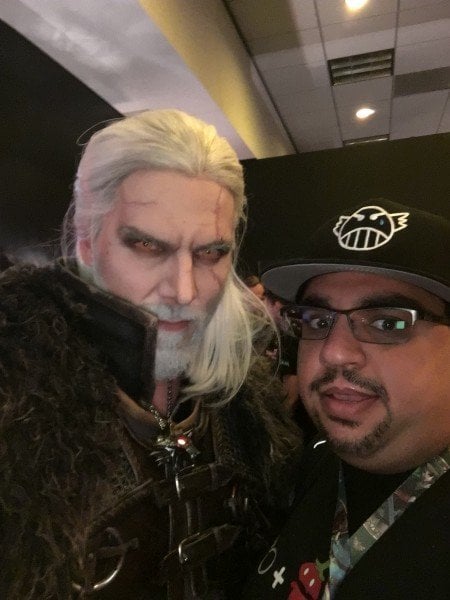 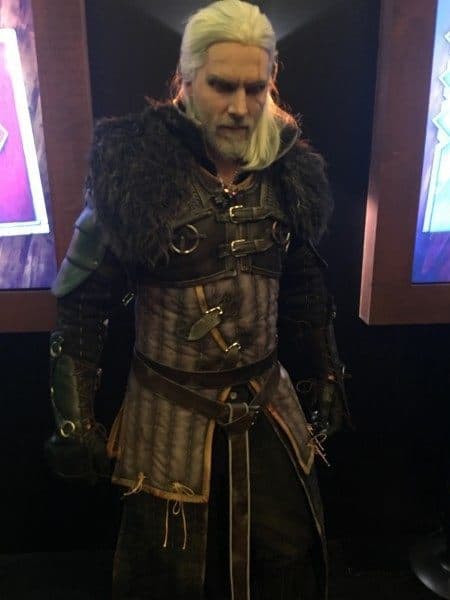 I met this wonderful Cosplayer (which I just found out is Maul Cosplay) who I spoke The Witcher jokes with. In addition, we played a quick game of Gwent. It was real Physical Gwent, not the new game that was announced. 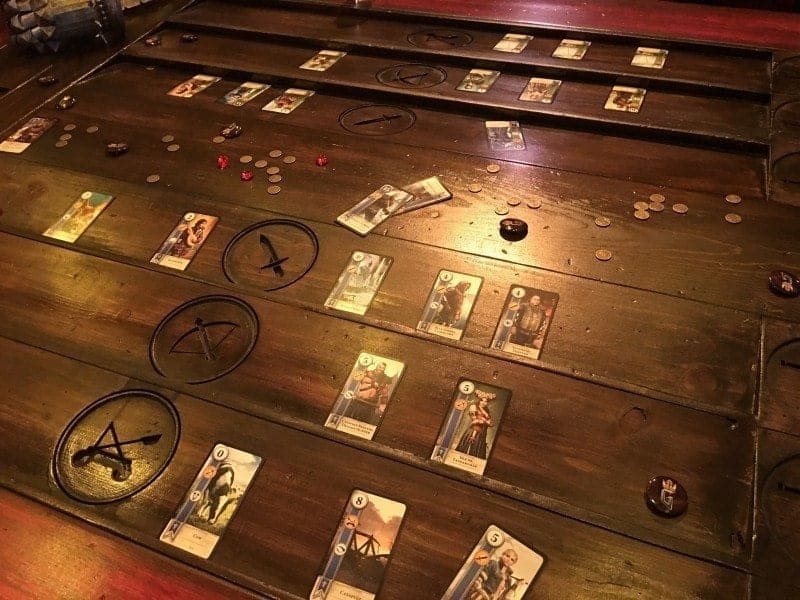 Let’s just say that as good as the cosplay is, his Gwent game was better.

Finally, the last picture for this update is from random walking around. 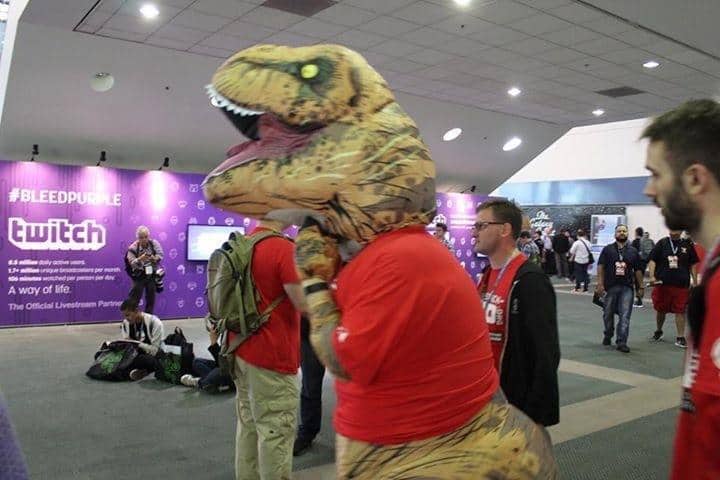 I managed to snapshot this crazy dinosaur cosplayer. It was kind of cool.