Status update on the IOSU exploit for the Wii U

Remember last year around Christmas time Hykem announced that he had an IOSU exploit for the Wii-U and was going to release it a little bit after Christmas. Then Hykem got busy with life like we all do and it got delayed again. A few weeks later he showed everyone he wasn’t joking about this exploit and posted the key’s on Twitter. 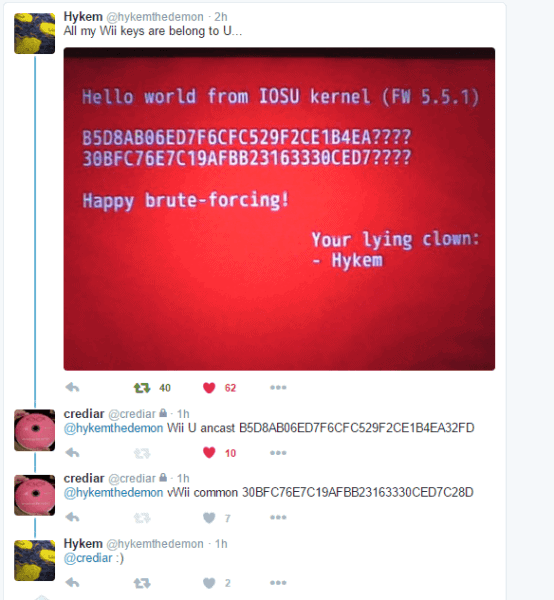 Today Hykem told everyone that he will be releasing the exploit with another team on a coordinate release.  Now there isn’t a set day or time when this is going to be happening but at least, we know that the project is still very alive and it will happen.

I like to get everyone the right info and I like to help others get the most from there electronic devices. I enjoy playful cleverness and the exploration of technology. My Motto: You own it, you can do whatever you want with it.
@HackInformer
Previous Another Dead Or Alive Xtreme 3’s trailer is released & it’s 5 minute of heaven
Next Digimon World: Next Order is coming to the PSVita March 17th