Play PS1, SNES, NDS, PSP, & more on your iphone without jailbreaking it

Almost everyone knows that Apple has the most restrictions when it comes to their App Store an emulator’s, and without a jailbroken idevice you’re going to miss out on a lot of good retro gaming. Now there have been times when someone gets by the App Store and one sneak’s in or like the temporary clock hack that lets you install apps that weren’t on the App Store. Since iOS9 allows for unsigned apps now, it was just a matter of time when the emulators were going to start popping out for it. 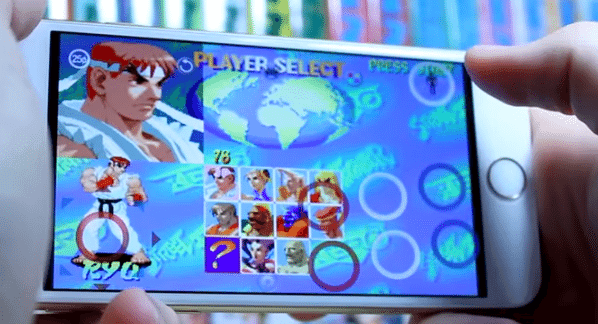 A new emulator has just surface called NewGamepad developed by Newgame Interaction Technology Company.  NewGamepad Emulator is the latest emulator with multi-platform support. It features an array of platforms such as NDS, GBA, PSP, GBC, PS1, N64, and many more. With it’s streamlined design, you can pick a game right from the app and start them without even choosing which console to use — it opens them fast and automatically, each with their own controller scheme.


Now in the youtube below (that’s on the website iemulators.com/newgamepad), it seems that Apple has already blocked it. “Currently NOT WORKING but for a Permanent Solution for NewGamePad and more try Buildstore. “If you’re newgamepad is crashing sign up for the buildstore or wait for a new release of the app. Sorry but Apple got to us.”

I did some digging around and found that pocketgamer doesn’t mention anything about it not working and seem to have a little work around. I have not tried it myself so I don’t know if their way still works but I figure it’s worth a shot, here their how-to and let us know in the comments below if this still worked for you.

So how do you get it?

Download the app here and then go into your settings -> general -> Profile management and trust the developer (“Fuzhou”).

From there, you’ll be able to download roms for different platforms.

If you can’t or if the app says “forbidden”, you’ll have to use a VPN and set it to China. You can use either Hotspot Shield or Tunnel Bear.

This wasn’t required a few days ago so it might change. Just as the app might become available in English in the future. The game’s framerate will vary depending on your device’s horsepower and certain games may not work at all.

Also, you can use a PC/MAC app called iExplorer to drag and drop roms directly into your device, without requiring the use of a VPN. Follow the instructions in this video.