Everything you need for STREET FIGHTER V

With the launch of Capcom’s fifth entry into it’s premier fighting game series, Street Fighter V, it’s a sure thing that challengers from the world will eventually clash in battles most heated. If this is the case, then to become the world champion of the Street Fighter Tournament, players will need all the help they can get! Madcatz has a great selection of controllers to get you started and let’s not forget the Japan only STREET FIGHTER V: HOT PACKAGE.

For those who’ve drawn and quartered a foe without even having to draw another quarter, this is as authentic as it gets. Made just for Street Fighter fans, these fight sticks come equipped with premium Sanwa Denshi Parts configured in an 8 button Vewlix-style layout. To go a bit further, the chassis is extremely easy to open up for modding; all the buttons that are relevant to PS4 compatibility are also there, including a touchpad and R3/L3 buttons. It goes without saying that the Arcade Fight stick can also be used with all other PS4 titles too!

Madcatz has also come up with another option for those who would like the arcade experience but prefer a compact design; the Alpha version shares many similarities to it’s bigger siblings, but still packs an amazing punch – perfect for executing the combos needed to succeed in Street Fighter V.

Those who grew up with Street Fighter II for the SNES/Genesis will remember playing countless hours of the famous fighter with a console controller in hand – to some, this is the preferred play style, so Madcatz continues their line of SFV controllers with these players in mind!

One of the best features of the Fightpad Pro is the enhanced fighting-style D-Pad; it’s smooth grooveless design is perfect for precise movement when it comes to circular and direct motions; there’s also the option of using the analog stick as the PlayStation and Xbox controllers of yore have also left an imprint on players – it’s all about choice, for any play style. And at an immediate glance, one can see the Vewlix-style layout with 6 buttons, which adds a nice touch to making this the brawler’s controller.

Compatible with all titles, take this to the match online with your favorite colorway! 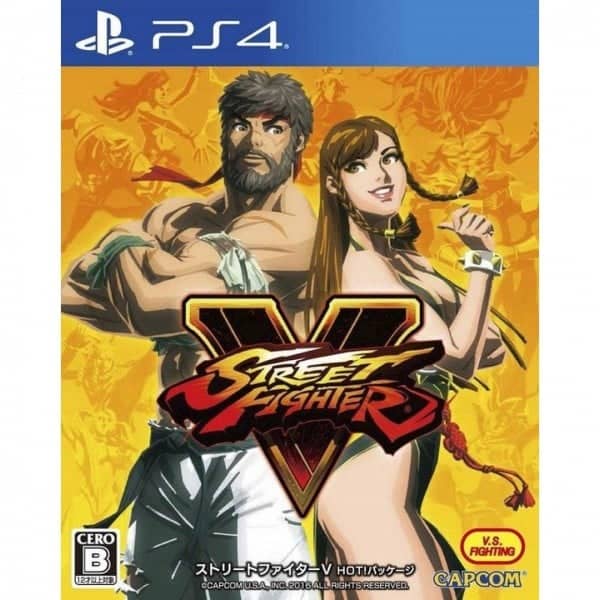 Amongst all the special editions for Capcom’s highly anticipated follow up to the fighting game of fighting games, the Japanese exclusive Street Fighter V [Hot Package] is the most coveted, even if just based on our internal system ranking!

Featuring “sexy” alternate costumes for Ryu, Chun-Li, and Cammy, the Hot Package combines all but the M.Bison retailer-specific pre-order incentive costumes in the West (Because M.Bison isn’t hot, unless you’re into the absolute corruption is hot which is cool).

As well, this particular version features alternate box art by character designer Kiki, unique only for the Japanese market. Finally, all orders of the Hot Package will get 1000 Zenny for in-game credits, and a special surprise from Capcom that’s yet to be announced!

I like to get everyone the right info and I like to help others get the most from there electronic devices. I enjoy playful cleverness and the exploration of technology. My Motto: You own it, you can do whatever you want with it.
@HackInformer
Previous Another Dead Or Alive Xtreme 3: Trailer! (NSFW) with Momoji Image
Next Ratalaika Games announce development of Defend Your Crypt