Well its been nearly 4 months since when Sony “patched” the fail-mail tricks to dump and write to the Vita’s filesystem but only short time after that, Major_Tom already published this tweet saying, at least, the dumping part does still work.

Sony was probably in a big hurry trying to fix everything as soon as possible and since we are talking about Sony they of course failed.. (kind of)

I thought they would change system apps permissions but the email app is still able to read/write to ux0, AND other partitions, that’s for sure!

In the end, they didn’t change the whole e-mail app permissions regarding accessing the Vita like Major_Tom predicted, no, they “just” patched the URI-calling used for the trick (email:send?attach=) in the mail-app. (Most like because they were in a hurry and wanted to stick to their planned firmware release schedule for 3.55 with this quick ‘damage control’ fix.)

Well we weren’t quite sure (after the 3.57 update gone public and patched this last week) if we should publish the following method at all, but since today someone over at wololo’s forum mentioned this as well, why not, right?! Although it was mentioned a couple of times before, we can easily use the Calendar app to call support_uri(s), let’s hope Sony doesn’t decide to finally patch this after all. Anyways here is..

How to dump files on firmware 3.55 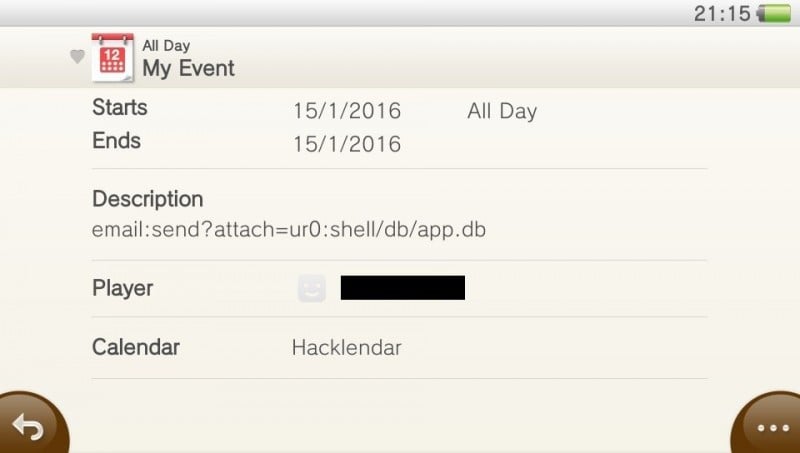 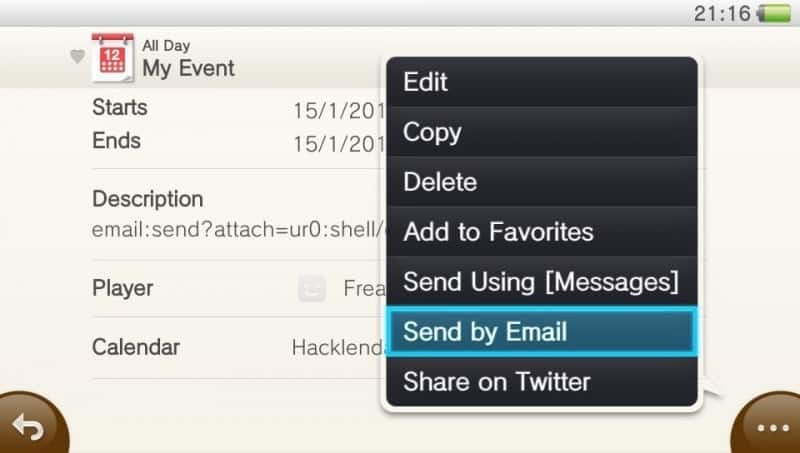 4) Now this should look familiar to you and all you need to do is send back this mail to your mail account and retrieve the file. 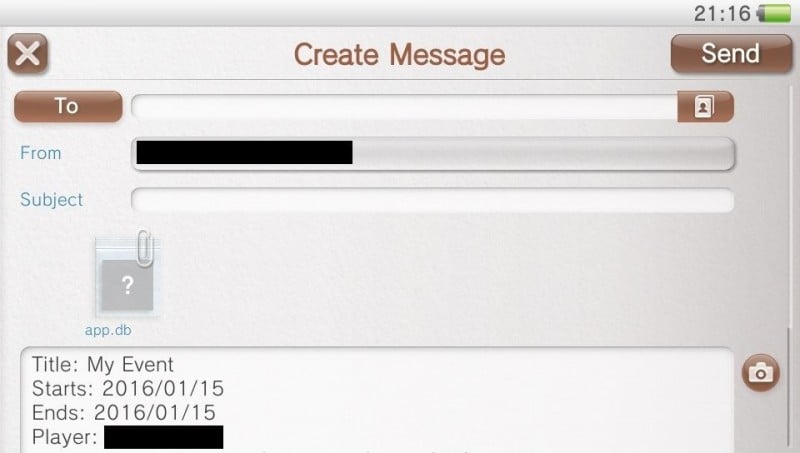