Here’s a recap of the Playstation Experience 2015 from San Francisco. 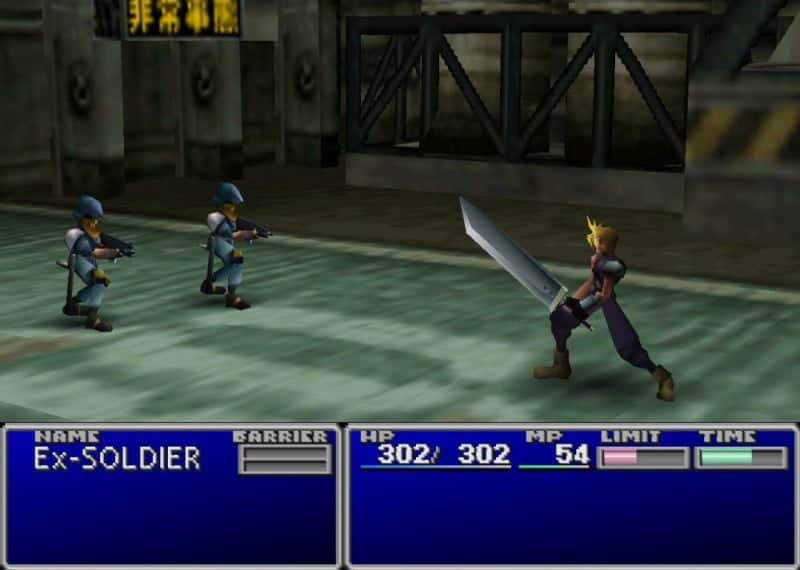 The PC re-release of Final Fantasy 7 will be available to download on PlayStation 4 today, Square Enix announced at Sony’s PlayStation Experience keynote.

The PS4 version of Final Fantasy 7 is based on the Windows PC release that hit Steam in 2013. That version of the classic PlayStation role-playing game featured boosted resolution and new achievements.

Awakening, the first map pack for Call of Duty: Black Ops 3 will be available on PlayStation 4 in early 2016, 30 days before all other platforms, Sony announced today at PlayStation Experience 2015.

The DLC will include four new maps, zombie-mode content, and more. No other details were provided.

Today during the PlayStation Experience keynote address, Square Enix unveiled a new trailer for the Final Fantasy 7 remake that it surprised fans with at E3 earlier this year.

The video represents some major firsts for the remake, including the first time we’ve seen actual gameplay or heard voice acting from it. It also shows some of the game’s combat, which looks much more cinematic and possibly a little more action-centric.

FANG, a totally new character whose name is an acronym, is part of the evil Shadaloo organization, producer Yoshinori Ono announced at PlayStation Experience 2015 today.

On the official Capcom Unity blog, Capcom reveals that FANG will utilize poison as part of his fighting style.

“Whenever his poison attacks connect, they continuously deal damage to the opponent’s life bar until he gets hit or the poison runs its course,” Capcom said. “F.A.N.G’s sinister long range attacks and slippery movements, paired with his ability to poison, will leave his opponents feeling ill.”

Capcom also revealed some of the DLC pricing for individual characters and costumes. Capcom will sell an in-game currency called Zenny, which players can use to purchase new content for Street Fighter 5. Individual characters will cost 600 Zenny, while “premium” costumes cost 400 Zenny. And here’s how much Zenny will cost, in real-world currencies:

Pricing for characters and costumes in terms of Fight Money, the currency players can earn for free in Street Fighter 5, wasn’t detailed.

Gearbox Software’s upcoming multiplayer battle arena title, is hitting PlayStation 4 first when it launches early next year. Randy Pitchford, the company’s CEO, revealed during today’s PlayStation Experience keynote presentation that players will have access to an additional character once the full game launches, exclusively available to those who check out the PS4 beta. The free bonus character will up the cast to a total of 26 fighters.

Pitchford also showed off a new member of the cast, who will be available to try out once the beta launches. Toby, a mech suit-clad penguin, was featured in a gameplay trailer, which you can watch above.

Initially set to arrive Feb. 9 on PS4, Windows PC and Xbox One, Battleborn was delayed until May 3, 2016. The new date was announced shortly after the end of the game’s closed beta, which began at the end of October.

Uncharted 4 will introduce a branching dialogue system, as viewers of PlayStation Experience 2015 learned in a trailer this afternoon.

Sony opened its gala with a nearly five-minute excerpt of Uncharted 4 featuring Nathan Drake and his brother, Sam. What makes this gameplay, and not a cutscene, are the dialogue options, shown at 2:54 of the video above.

A new Psychonauts game is coming to PlayStation VR

Double Fine Productions is bringing a stand-alone Psychonauts game to Sony’s PlayStation VR platform, Tim Schafer announced at PlayStation Experience today. The game is called Psychonauts in the Rhombus of Ruin, and will feature all of protagonist Razputin’s psychic powers.

Double Fine is currently in the midst of a crowdfunding campaign for Psychonauts 2, seeking $3.3 million to develop the long-awaited sequel.

A remastered version of Full Throttle, the LucasArts adventure game staring a biker and heavy metal music, is in development for PlayStation 4 and PlayStation Vita, developer Tim Schafer announced during the PlayStation Experience 2015 keynote.

Originally released in 1995, the LucasArts team behind Full Throttle, including Schafer,also worked on graphic adventure games like those in the Monkey Island series. Press play below to see the classic introductory cinematic from the original.

Hitman Go is coming to PS4 and Vita

Square Enix’s popular mobile game, is making its console debut on PlayStation 4. Sony announced during today’s PlayStation Experience 2015 keynote that the game would be coming to not only its home console, but to PlayStation Vita, as well.

Hitman Go will arrive sometime in 2016.

Yakuza 0 will be coming to North America

Sony revealed that Sega will bring Yakuza 0, its PlayStation 4 prequel to the first Yakuza, to North America.

No further info was provided on release time frame for the title. It was released on PlayStation 3 and PlayStation 4 in Japan earlier this year. 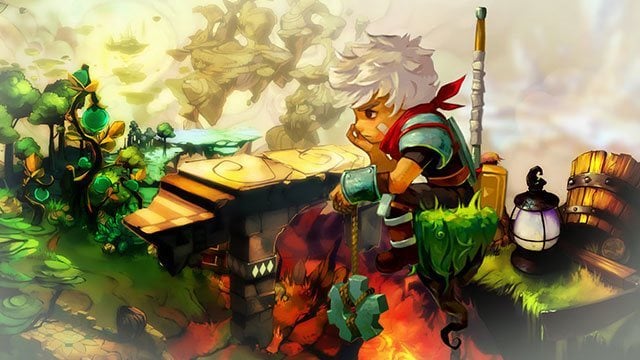 First up is Bastion — Supergiant Games’ debut title, first released in 2011 and announced for Playstation Vita at last year’s PlayStation Experience — which is available on the handheld platform today. It’s launching for $2.99, and supports Cross Buy with PlayStation 4, which “is the cheapest it’s ever been on a console,” Suttner said.

Also announced is The Bit.Trip, a collection of the first six Bit.Trip titles from Choice Provisions (née Gaijin Games) “in HD for the first time on a console all together” and will be available for $9.99, including Cross Buy support for PS4 and PlayStation Vita.

Lastly is Vlambeer’s Nuclear Throne which, while it’s been in Early Access on Steam since 2013, is launching on PS4 and Vita today.

Those in attendance at PlayStation Experience in San Francisco today will get copies of both Nuclear Throne and The Bit.Trip for free. If that applies to you, download the Experience PlayStation app on your phone and navigate to the rewards section for details on how to redeem the gift.

Sega’s classic musical shooter Rez is coming to PlayStation 4 and PlayStation VR as Rez Infinite, Sony announced at PlayStation Experience today. Creator Tetsuya Mizuguchi is involved in the new project, which appears to be more than just a remake.

According to a trailer for Rez Infinite, the PlayStation VR port of the game will feature 3D audio, 120 frames per second frame rate and a new level, called Area X. The game is also “100 percent playable without VR,” according to 8-4’s Mark MacDonald, who is working with Mizuguchi on the game. The PS4 version supports 1080p resolution, 60 fps and 7.1 channel audio support.

Rez was originally released for Dreamcast and PlayStation 2 in 2001. An Xbox 360 version was released in 2008.

Ace Combat 7 in development, is ‘exclusive to PlayStation VR’

No launch date or window was given. The only platform Bandai Namco mentioned for the game was PlayStation 4. The last entry in the 23-year-old dogfighting series was the PlayStation 3-only Ace Combat Infinity in 2014.

Ratchet and Clank launches on PS4 in April

Ted Price of Insomniac Games premiered a new demo for the upcoming Ratchet and Clank game, a “reimagining” of the original PlayStation 2 title for PlayStation 4, during today’s PlayStation Experience 2015 keynote presentation. You can check out the in-game look above.

Price also revealed the release date for the new Ratchet and Clank. It will be available on April 12, just ahead of the duo’s debut feature film, which hits theaters April 28. Both the movie and the PS4 game retell the origins of Ratchet and Clank’s friendship.

Of the many PlayStation VR exclusives announced during today’s PlayStation Experience 2015 keynote address, 100 Foot Robot Golf might just be the strangest. Coming to PlayStation 4 in 2016, the latest from No Goblin sticks you in the cockpit of gigantic mechas as you … play golf.

Destiny is getting a Sparrow racing mode

Boyes also announced that some PlayStation-exclusive Iron Banner rewards are coming to Destiny.

Ni No Kuni 2 is coming to PlayStation 4

A sequel to Ni No Kuni: Wrath of the White Witch is heading to PlayStation 4, Sony announced during today’s PlayStation Experience 2015 keynote presentation. A trailer for Ni No Kuni 2: Revenant Kingdom debuted during the event; you can check it out above.

Developed by Level-5 in collaboration with famed Japanese animation company Studio Ghibli, the first Ni No Kuni launched on PlayStation 3 back in 2013. We reviewed the fantastical role-playing game upon release.

Golem, the first title from the Destiny and Halo veterans at Highwire Games, is in development and heading to PlayStation VR first.

Press play above to see the first gameplay footage and what looks to be the titular stone giant. According to Adam Boyes, PlayStation VP of publisher and developer relations, Golem is being “made from the ground up for VR.”

Brutal, the debut game from Stormcloud Games, will launch as a PlayStation 4 exclusive, Sony announced during its PlayStation Experience 2015 keynote presentation today. The roguelike has a unique art style that makes use of ASCII and liberal amounts of black and white, which you can see for yourself in the first trailer, above.

Brutal will feature local co-op as well as a dungeon creator mode. It will launch in early 2016.

After teasing a handful of hero characters for Paragon over the past month, developer Epic Games finally revealed what the game actually was at PlayStation Experience today: a MOBA featuring third-person action.

Paragon is coming to PlayStation 4 and Windows PC in 2016. According to a release, players can choose from an “ever-expanding roster of unique Heroes [and] earn cards to customize their abilities.” Epic Games will offer paid early access to Paragon in spring 2016, with an open beta following in summer.

Nioh, the samurai action game from the developers of Ninja Gaiden, is making its way to the west as a PlayStation 4 exclusive, Sony and Koei Tecmo announced at PlayStation Experience today. The companies also offered a new look at the action game, thanks to some new gameplay footage.

The pace of Nioh looks a little slower than the fast-paced action of Team Ninja’s Ninja Gaiden games, and appears steeped in the supernatural.

Nioh was originally in development at Koei Tecmo for PS3. Team Ninja announced in 2010 that it had taken over development of the game, but had little in the way of details at the time. The game was reintroduced at this year’s Tokyo Game Show as a 2016 title.

That’s it for today