PSVita: Seraph of the End: The Origin of Fate – Dramatic Tactical Battle!

In 2012, apocalypse strikes in the form of a human-made virus; only children under the age of thirteen are left untouched. It is at this time where vampires of ancient myth reveal their existence – from the dark bowels of the Earth they emerge and seize control with one violent stroke leaving the remains of humanity with only one choice: survivial through subjugation, life for the price of blood. 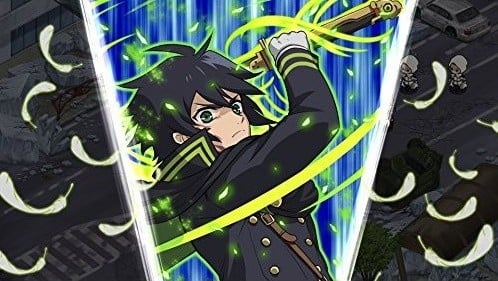 For Yūichirō and Mikaela, along with the children of Hyakuya Orphanage, this was their existence; the only fate remaining was escape. However, en route was a vampire massacre, with Makaela sacrificing himself for the sake of his friend, and becoming a vampire himself. 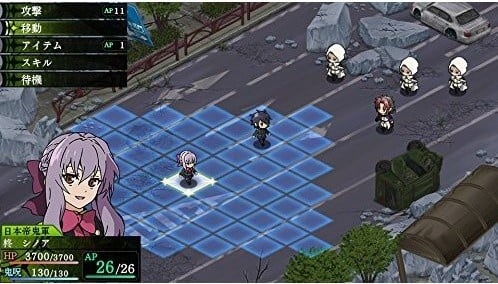 Yūichirō doesn’t know this, and finds himself joining a Vampire extermination force motivated by pure vengeance – will the eventual meeting of the friends bonded through tragic circumstance end in peaceful resolution or bloody battle? Perhaps the fate of the future of humanity lies with this fated meeting.

For the PS Vita, Bandai Namco games has created a turn based strategy game based on Seraph of the End, Manga now Anime, and promises a robust game for the fans. Deep tactical battles with expected anime cut-scenes, character specific moves, and original voice actor support are standard for this genre, but there is a special feature called “dramatic tactics battle.” Players will gain levels and social bonds with comrades with actions on the battlefield; by raising this “family level,” special cut-scenes take place where ultimately, the player will gain and unlock a force that can slay all foes that come in humanity’s way.