A few days ago I was talking about the first actual Wii U emulator project. It looks like the wait for a Wii U emulator won’t be as long as we thought, because a different one was just released. It’s called Cemu. 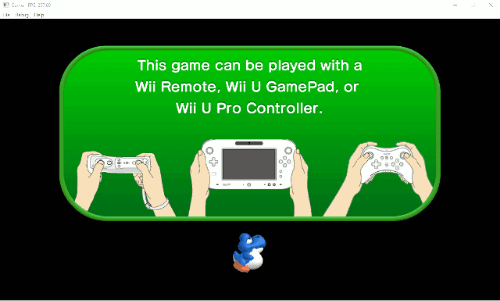 Cemu is presented by the GBAtemp user as “world’s first Wii U emulator capable of running and rendering commercial games!”

Here are some facts about the emulator:


Good thing is that unlike exjam’s emulator project, this one is not limited to Windows 10.

First users’ feedback has already come in. A lot of people question emulator’s legitimacy. Some people report it runs badly and crashes a lot. On the bright side, it actually loads games. For more info, check the FAQ below the video.

In the video, you can see NES Remix running:

And also The Legend of Zelda: The Wind Waker HD:

Can the controller be configured?
Not yet, it’s locked to using the GamePad via keyboard. Proper controller support will come in a future release.

Can I run extracted games?
No, when launching a Wii U executable directly (.rpx) no external files are supported. If you want to run a game, it needs to be in raw dump format (WUD or ISO).

Is there supposed to be sound?
No, audio is not yet supported.

What’s next?
The current plan is to release new updates at least every two weeks. A more detailed roadmap is in the works.