Is difficult for me find the right words after finishing the main story mode of Saint Seiya – Soldiers’ Soul. But here on my two feet I will call it a Brave Soldier sequel, a title that last year have left us warm despite our affection for the legendary Knights of the Zodiac. 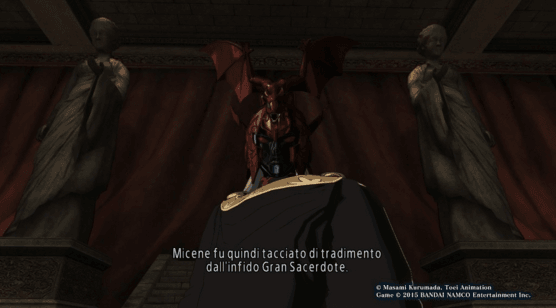 For those who don’t know, Saint Seiya is a manga created by Masami Kurumada and probably one of the anime that has influenced the majority of us in our thirties. Although in Japan no one has forgotten the deeds of noble saints of Athena, but in the west the series is experiencing a revival thanks to the manga Next Dimension, the movie in computer graphics and the sequel all focused on the Golden Saints, Soul of Gold.

Namco Bandai this time he also thought of those of you that never watched an episode , and instead of rattling off a resume of the history through tons of text between a battle and the other, as happened in Brave Soldiers, they instructed Dimps to realize short interludes with no interactive graphics with the game engine with the highlights of the original series. 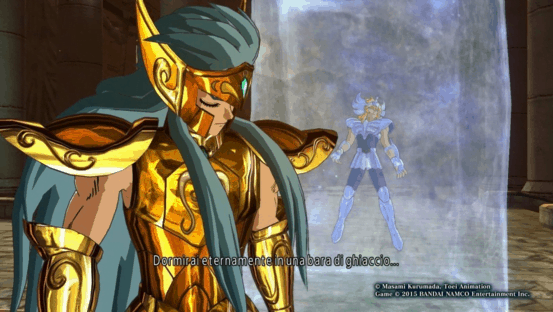 For the first time in a game inspired by Saint Seiya we can play the Asgard saga, a chapter created for the animated series. Unfortunately, the characterization of the troubled Odin’s Soldiers is not the best, maybe they wedged it because the new series Soul of Gold is set to Asgard.

Anyway we have possibility to fight against and in the role of the Knights of Odin: there are absolutely everyone, including that Alcor is not a simple “alternate costume” of Mizar, and final boss is also a fierce Hilda of Polaris; Clearly, Seiya’s armor of Odin stops being a character DLC and entered by force in the roster, playable mission already in the last campaign of Asgard. 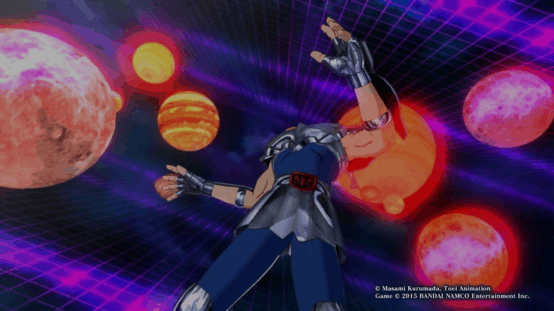 Dimps, in an attempt to remain faithful to the original series, has proposed too many clashes with the same enemies, whenever you see Megrez must deal with something like three different saints, instead to face Hypnos, Thanathos and Hades in the Elysian Fields is only Seiya, considering that the first Hyonis is faced by his fellow bronze saints wearing their God cloth. 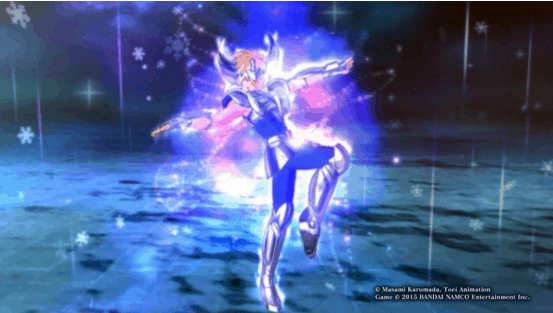 The new story mode is definitely more enjoyable than the last game and defeating the various opponents, perhaps even meeting optional requirements requested at the beginning of each match, will unlock a lot of goodies, including new fighters or costumes, battle cries and material to be collected into the virtual album, as illustrations, music tracks and more. Chapter inspired by Soul of Gold, however, has left quite dumbfounded: it is a mode in part, entitled Battle of Gold, which has little or nothing to do with the animated miniseries that inspired it. In this mode, in fact, you can face some duels using the twelve Gold Saints and their brand new God clothes: while in the eponymous series saints of Athena faced the new Warrior God of Asgard, in the Battle of Gold the various matches are simple “what if” introduced by the briefest narrative sequences that justify them so pretty ridiculous. Saga of Gemini, for example, challenge Ikki the Phoenix because, by virtue of having purified their hearts, he want to find out which technique is most powerful among his Genro Mao Ken and the Phantom Demon of Phoenix. 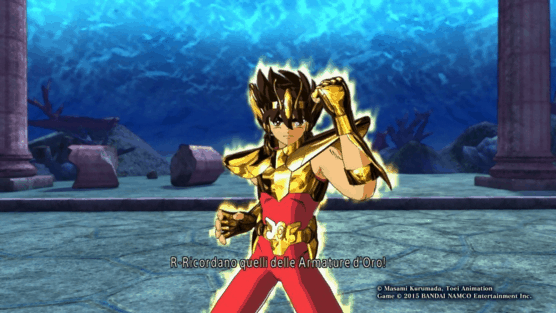 The problem of the Battle of Gold, however, is not this, but the fact that every match costs a torch, and that they must be bought with hard-earned money fighting in the other modes. From previous Brave Soldiers, Soldiers ‘Soul inherits the full roster of clones, but with the addition of the Knights of Asgard, being nine, occupy a large part of the grid and the swell a bit’. Of course, the second row is occupied only by the knights of gold (twelve, of course, but for each of them there is a version with the armor of God and Saga of Gemini has also its spectral manifestation) and must still endure four versions for each five knights bronze protagonists, but it is a generous roster that covers much of the series, ensuring fans the chance to find the rider who appreciates more. Dimps has done a fairly good job of balancing the animations, special moves, and attacks Big Bang of the various combatants. The difference between the characters, after all, is marginal: every saint has a handful of combos and attack techniques that are performed in the same manner and only change in the animation and effectiveness, as well as two special moves you run by pressing the attack strong or weak attack with R2. 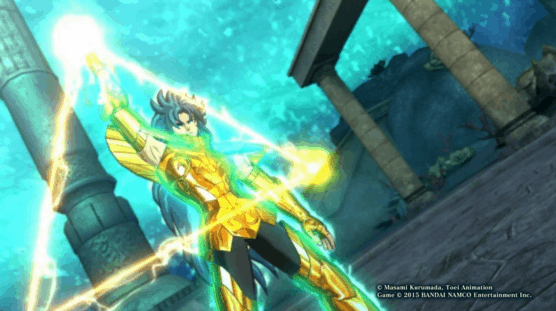 Special moves do not change for a single character only because he wears an armor different, but for example Seiya wearing the armor of Pegasus is slightly different from the armor of Sagittarius. This time, though, are the Big Bang that attacks are likely to limit the choice of the character: the developer has changed the mechanics so that they do not consume more than the bar of the Cosmos but that of the Seventh Sense, in order to prevent players from abusing it during the fight. However, this time the strongest characters can hurl Big Bang attacks much faster. It follows that hardly you will play Seiya with his first bronze armor, once unlocked the God cloth or that of Odin, because the variants are simply much more powerful and versatile. 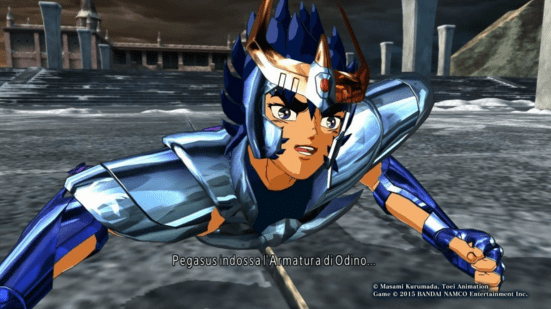 Fortunately, or unfortunately, unlock the characters is not exactly a walk. Completing the campaign or other mode unlocks the opportunity to get new heroes or their costumes in a kind of virtual store in the screen dedicated to collectible, but the cost of some of them is exorbitant: for example, completing the ‘full story I found myself with about 21,000 gold coins, but a bronze knight in armor divine costs $ 50,000! Which means that between the saints additional torches to progress in the Battle of Gold, the battle cries and other collectibles, must spend an amazing amount of hours just to earn the money needed to complete the roster. 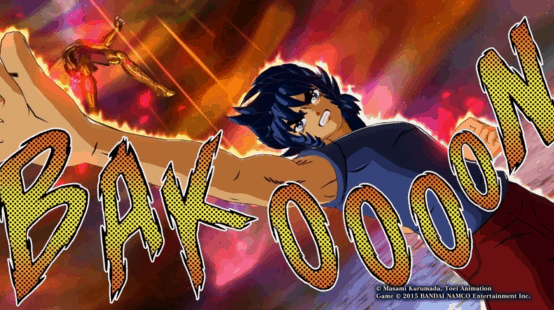 One thing is certain, have been faithfully reproduced the characters of Masami Kurumada this time: that of cel shading was the obvious choice with a good anti-aliasing makes the image much cleaner and much more faithful to the cartoon. Among these goodies and the spectacular new attacks Big Bang, especially with regard to the devastating plovers gold with divine armor, the fanservice is assured, but spent a few hours and saw a little ‘all you end up with a fighting really mediocre: the player is free to move three hundred and sixty degrees to the arena and jump by pressing a button, but the camera hard to follow. It follows that the combos are often entirely empty, and what is worse is that their animations, as fluid and spectacular, are very long and too elaborate, exposing the rider who missed the first shot for the entire sequence . 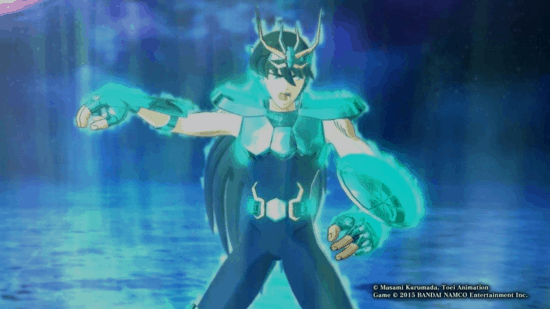 Uploaded indicator Seventh Sense, you can stop any combo to connect the latest attack in a special technique or a rushing attack, but in the video below you can see how easy it is to direct the battle in their favor by attacking repeatedly. Special techniques and attacks impetuous, then, consume an indicator of the Cosmos that is recharged either manually or by ringing the combo, but the Cosmos must draw even perform evasive maneuvers that, consume more and more at every task.

As you can see is very simple to earn an S rank but I want, to be honest, now I need to let my fan soul. I liked the game! Really if you liked the manga or the anime you will love this game just to be able to enjoy the excellent work of Dimps, but apparently we are not destined to have more of this from an IP that appears to be unfortunate in the gaming field.
My rating is a 7/10 for the effort to faithfully reproduce the characters and collisions at the end are not that bad.

Stay tuned on my Twitter @roccocannale for more reviews and news from the gaming world.

I dig the web to find always fresh news about the tech world, from gaming to smartphones through pc and reviews. I've grown with bread and videogames since the first time I saw one.
Previous Happy 25th Birthday GameBoy!!!
Next PSVita: How to make rebirth bubbles work with PSP ISO on any FW