Just a few days ago developer 172310 announced a new exploit in the works for Detective Opera Milky Homes Demo,(JP region) and it was totally free for everyone to get. 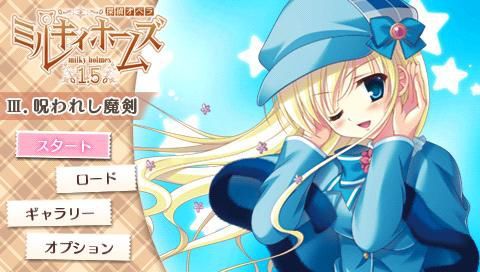 Well, today he announced that he is canceling it for unknow reason at this time. One of the reason could be that the demo was pulled from the japanese store way too quick or there could be problems porting VHBL to it, but this are my guesses and not facts.

I decided to cancel the demo exploit and I made another exploit. It's very cheap, but it's available only in JP.

Now he has another exploit (JP region) for everyone since he canceled the first one. So don’t be disappointed and especially because it was free. Stay tuned as we keep you updated on his progress..