I’m sure many of you are excited and eager to play the latest entry into the Fire Emblem series. Nintendo has been teasing us with screenshots, trailers and gameplay mechanics thru the years. The big N even showed off some new fanatastic footage at E3 2015. Fire Emblem IF, known as Fates in the US/EU markets will be released sometime in 2016.

I for one hate waiting and I’m itching to play the latest and greatest. JPN released Fire Emblem IF (Fates) on June 25, 2015 and is broken up into two seperate games Birthright (White Knight Kingdom) and Conquest (Dark Knight Kingdom). Both of these versions offer unique stories and different battles, that’s a lot of game play to look forward to!

What if i told you didn’t have to wait and there’s steady progress to experience the game with english translations! Well wonder no longer as the homebrew scene has your back once again!!! 🙂 It’s for real! Most in-game combat menus have been translated so the game is 100% playable in english. 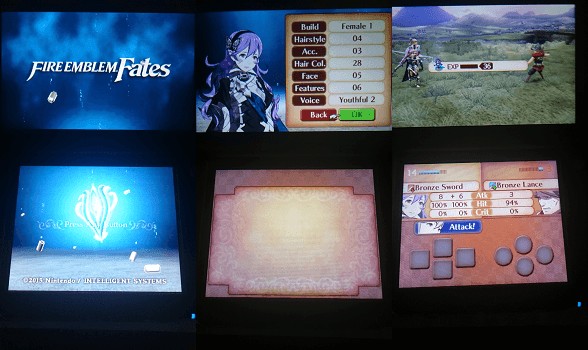 Progress is up to the first two chapters at this point and its growing too. It won’t be long before we have an completely translated game before it even hits the US/EU markets. It’s always a fresh breath of air, when the 3DS community can focus on homebrew like this. I’m sure some of you are sick of seeing piracy as the main focus of some blogging sites. This is the direction I enjoy and I hope more people get encouraged to do more translations like this. 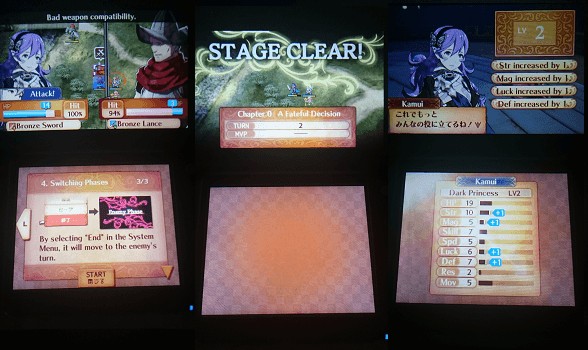 At the moment, this release requires a 3DS on FW9.2 but however, 3DS Dev Smea has suggested he might release another method to allow translations. This method supports 3DS systems on FW9.8 and this will fill the gap for those users. Ninjhax 2.0 has alot of possibilities at this point and I can’t wait until it releases.

have an idea to make fairly robust romhacking possible on 9.8 w/ ninjhax 2.0. would take work though. is that something people would like ?

All you need to enjoy this awesome release is to import Fire Emblem IF (Fates) or download via eShop if you happen to own a JPN 3DS console. You will also need cubic ninja, ocarina of time or  the MSET exploit to launch it. Once you meet the requirements you can get the translation files and instuctions here. Let’s follow the progress together and enjoy the wonders of imports. 🙂