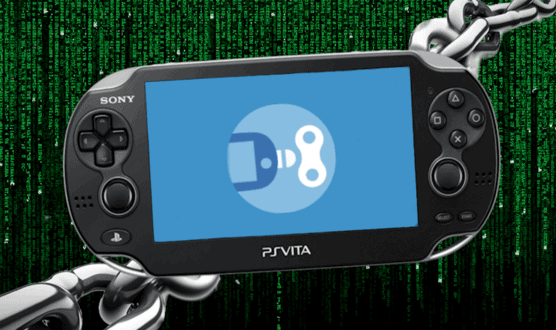 To be honest, I never thought this would see the light of life ever but just now famous kindle-hacker YifanLu released the long awaited and first PS Vita Exploit to bring native Hombrew and more!

For the last months everyone was patiently waiting and speculating what Yifan had hidden up his sleeves (actually for years). The whole story started with him strongly recommending everyone to apply for a PlayStation Mobile Developer License and play around with it!

I think it would be wise for everyone (not just game developers) to sign up for an account (it’s free!), set up the developer assistant on their Vita, and run at least one sample application. If you don’t try this platform out and see what it has to offer, you might regret it.  –YifanLu’s Blog

A lot people were thinking of all this being a big joke first because the only way to run any custom code aka PlayStation Mobile Service was about to shut down very soon. But with the time it all became more concrete when some well known names of the PSP scene started to work on the first unofficial SDK which is necessary for compiling Hombrews. #PSP2SDK

And all those of you regulary checking the uvloader repository may have noticed that continual commits and updates were pushed lately..

If you have an exploit for the Vita (not the PSP emulator as UVL does not work on that), then you should be able to port the exploit by finding a couple of memory addresses for some API calls and passing them to the config file. More information will be available when the time comes… (github.com/yifanlu/uvloader)

All this were early indicators for the UVLoader still working. 😉

Why took it so long to ‘hack’ the Vita?

Well it didn’t take long, actually it was achieved back in 2012 already. But since this kind of exploit is not something to be found on the streets and the Vita in general being know as very heavily secured, it was decided to be saved for further investigations. So on the one hand it’s great to release, let everyone play with this and finally create custom Homebrew for the Vita but on the other it’s sad that the PSM Service is about to shut down and we lose this possibility for ever.

Thats why I would like to personally thank YifanLu for sharing at all!

Folks! From this day we are not limited to PSPEmulator hacks anymore!! The big brother of our loved VHBL, aka UVLoader, took over! All we need now are interested and ambitious devs to create Emulators and Homebrews of all kinds. 🙂

But remember: The ‘DO NOT update or you will be left out’ game still continues as Sony will most likely patch this in the next firmwares! As it seems firmware 3.51, maybe 3,5X, will be THE FIRMWARE to hack your Vita, just like it is the case with the PS3 until today!!

Can I run backups/ISOs/copied games for Vita? For PSP? For PSOne?

Stop acting all high any mighty with your anti-piracy stance.

Inability to decrypt/dump/execute official software and games is not something I decided to include by choice (however, I am glad it’s there). The exploits that are used physically does not give permissions for this. Sony did a really good job with security in depth, no application has more privileges than necessary. PSM DevAssistant would never be used officially to decrypt, dump, or execute signed games so it cannot do so even when exploited.

What kind of homebrews will we see? Is it any better than PSP homebrew?

This depends on how many developers are willing to invest time in writing homebrew for the Vita. I’m as hopeful as you are. In terms of pure statistics, the PSP-3000 has 64MB of shared memory, 333MHz CPU, and 166MHz GPU. The Vita has 512MB of main memory and 128MB of dedicated video RAM. It has four cores of CPU running at around ~1GHz and four cores of GPU running at around ~200MHz. In addition, the Vita also has the entire PSP hardware inside its silicon.

The exploit used also allow for developers to use dynamic-recompilation features for speeding up emulators.

Can I install Android, custom themes, cheats, or plugins?

No, this exploit does not give kernel or bootloader level of access. It cannot access the filesystem (unsandboxed), modify system files, or access other process’ memory.

Workaround to get PSM working without License coming soon…

Stay tuned for detailed tutorials, how to’s and updates for this native hack here soon.