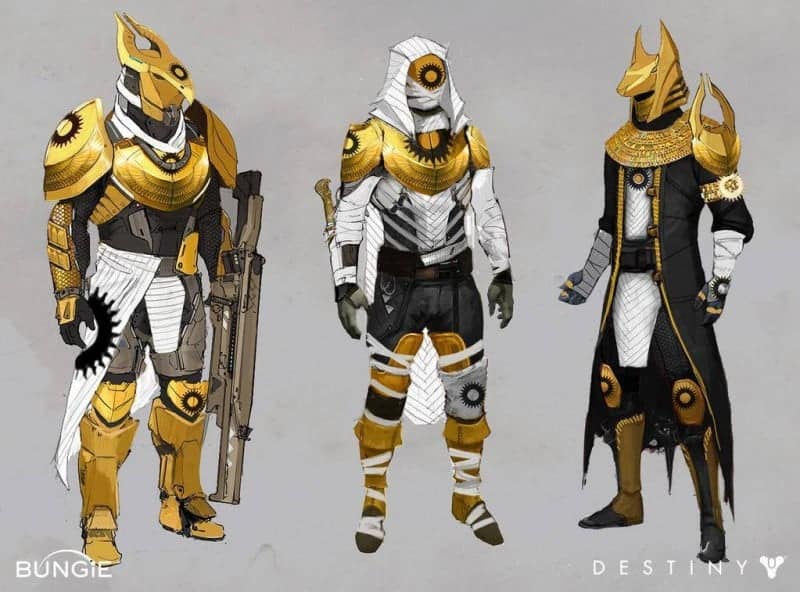 It’s that time of the week guys, Xur, Agent of the Nine, has come around and he comes bearing deadly gifts. Destiny players are able to find him in Tower North, outside the big circular gate near the speaker. Xur only sticks around until Sunday at a specific time (depending on your location), so you better go and collect the goodies while he’s still around!

Here’s a full list of Xur’s Inventory this weekend:

If you’re like me and you rock three separate classes (Hunter, Warlock & Titan), then you’re going to want to buy chest engrams for a chance at one particular Warlock robe. One new exotic chest for Warlocks is the Purifier Robes.

Now if you’re playing Destiny and entering Trials of Osiris this weekend from June 5 – 9, then a chance at getting the Purifier Robes is something to spend those motes of light on and here’s why. If you die in Trials and you are in fact a warlock with a full super and you just died, the perk highlights, “activating Radiance from death disorients nearby enemies.” Disorienting the enemy team could potentially win you the round. Obviously these robes are not just PvP specked, as this perk works perfectly in both PvE and PvP.

Now here is a full break down for the Trials of Osiris Disciple Vendor:

What will you buy from Xur with your hard earned strange coins, and more importantly do you think you have what it takes to reach the Lighthouse this weekend?

Happy hunting this weekend Hackers in your PvP and PvE endeavours!

I like to get everyone the right info and I like to help others get the most from there electronic devices. I enjoy playful cleverness and the exploration of technology. My Motto: You own it, you can do whatever you want with it.
Previous Reminder: less than 24 hours of C.H.I.P. kickstarter left!
Next Oddworld: Abe is going to land on iOS devices?