It’s riddle43, back again to share with you the week ahead in up coming games. We have a few games that are seeing new life on next gen systems such as Class of Heroes 2G, Sparkle Unleashed and for all you retro junkies out there we have Renegade.  Also we have the PlayStation Plus line up of free games for this month as well.

So sit back check out a few videos of this weeks new games.

Here are the free PS+ games  for this month of June: 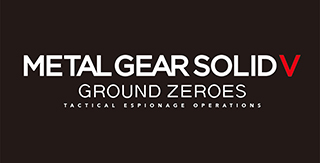 Free for PS Plus members
A visually stunning chapter in a long-running, deeply complex series. This nail-biting mission onto a Cuban military base follows Snake as he attempts to rescue Paz from enemy imprisonment.

Free for PS Plus members
This turn-based strategy game turned a lot of undead heads with its story of a Samurai Afterlife. Build an army of the undead, battle your opponents, and regain your honor.

Free for PS Plus members
Players must defend all the precious animal eggs in the zoo from evil aliens who want to eat said eggs. How do you defend these tasty treats? With a herd of explosive animals, obviously.

Free for PS Plus members
A psychedelic, retro-inspired shooter with crazy action, puzzle elements, and a bumping electronic soundtrack. May or may not induce random dance parties.

Free for PS Plus members
This first-person shooter celebrates the wild west in a big, bloody way. Take down anyone unlucky enough to cross bounty hunter Silas Greaves.

Free for PS Plus members
The dev team behind this insane 2D platformer spent 2 years building an AI that could build a near-infinite number of levels for any difficulty. It looks totally bananacakes. Good luck with that!

Now for the rest of this weeks game releases

Gaijinworks and Monkey Paw released Class of Heroes 2G last year on disc, but those copies were extremely limited. The Acquire developed dungeon crawler will get a wider release on June 2 when Class of Heroes 2G is distributed on PlayStation Network.
The North American version of Class of Heroes 2G was upgraded with a second screen feature not in the Japanese release that lets players control the game using a PSP or PlayStation Vita. The handheld’s screen will have additional information while you’re adventuring through dungeons. Class of Heroes 2G has new weather effects in labyrinths, more monsters, and a 10 level dungeon packed with bosses.

Skulls of the Shogun: The Bone-a-Fide Edition

The Full 10-15 Hour Single-Player Campaign: Skulls of the Shogun is a fast-paced-turn based strategy game where players meet and join forces with vibrant ghost-samurai warriors, magical animal-monks, and mustachioed samurai generals on the way to capture the Skulls of the Shogun.
20 Single-Player levels: As General Akamoto youâ€™ll journey through four different seasons of the samurai afterlife battling your way to claim your title of Shogunâ€¦of the Dead!
Power Up your Cavalry, Infantry, and Archers with skulls to become disruptive Demons.
Call in the help of the Monks such as the Crow Monk (wind), Salamander Monk (fire), and the Fox Monk (healer) and unlock advanced spells.
Thirty Multiplayer maps featuring two, three, and four-player maps. Play locally on the same screen or online in networked multiplayer. Take turns at your pace in Skulls Anywhere, the asynchronous mode that supports up to 30 concurrent games.
Innovative Gameplay: A gridless, streamlined interface married with deep tactical strategy and wildly variable battle outcomes.
Beautiful Hand-drawn Art: 2D high-resolution environments and characters, inspired by a mash up of classic 1960’s anime and modern urban vinyl character design.
Original Sound Effects and Score inspired by old samurai films and classic 1960’s dub.

Heroes of the Storm

Heroes of the Storm is an upcoming multiplayer online battle arena video game developed by Blizzard Entertainment for Microsoft Windows and OS X. The game utilizes a combination of heroes from Blizzard’s Warcraft, Diablo, StarCraft and other franchises and is set in the “Nexus”. The game uses both free-to-play and freemium models and is supported by micropayments, which can be used to purchase heroes or visual alterations for the heroes in the game.[2][3] Blizzard does not call the game a “multiplayer online battle arena” or an “action real-time strategy” because they feel it is something different with a broader playstyle; they refer to it as an online “Hero Brawler”

The game is a simulation role-playing video game. The game’s battle system is similar to the battle system found in Valkyria Chronicles. It features turn-based battles, with character order based on individual speed. The parties are assembled within a deck and controls in battle have been compared to those of an action game. The special attacks of the characters are unlocked based on their trust in Lux, the game’s protagonist, and by defeating enemies more special moves can be used.
Sparkle Unleashed

A secluded world of mystery has succumbed to an ominous darkness. You must travel through the fallen lands, light magical braziers, and banish the darkness once and for all. Unlock amazing powerups and use the ones you like the most to overcome increasingly challenging levels.
Super Exploding Zoo

Round up herds of exploding animals and rampage around 80 destructible levels — defend your precious egg by slamming your herd into the greedy alien marauders and blowing them up! Use the special skills of different animal types to slow alien progress or access new areas!
The Escapists

The Escapists is an award-winning prison break simulation that provides players the opportunity of experiencing a light-hearted insight into everyday prison life. Whilst the aim of the game is simply to escape, the detail is in the execution. (Don’t say the word execution too loud in a prison).
Arcade Archives Renegade 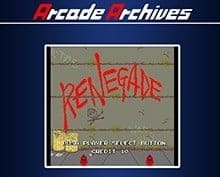 Renegade is an action game that was released in 1986. In Renegade, players control a vigilante (named Mr. K), who fights a variety of street gangs on his way to save his girlfriend. The Arcade Archives series has faithfully reproduced these masterpiece arcade games for PS4.

Explore a beautiful island paradise in a variety of forms, from seafaring creatures to sky-soaring griffins. Experience a new kind of adventure on PS4 and interact with other wanderers in new and exciting ways.

Adventures of Pip, is an action-platformer with a fresh gameplay twist inside a retro 32-bit world. Alas, Pip is an unlikely 1-pixel hero yet has the unique ability to absorb the pixels of his defeated enemies to evolve into three different forms. Players will skillfully switch between these three forms while exploring five worlds on an epic 10-hour campaign to defeat the Skeleton Queen.

Blades of Brim uses the typical endless structure. Players try to dash as far as they can while dodging and defeating obstacles and enemies. There aren’t distinct environments per se, but as players level up they’ll unlock new parts of the map, granting them access to new areas during each trip. The worlds are diverse and the transitions between them are fairly seamless. The coolest touches are the little challenge rooms that give players some task to complete on a stretch of road seemingly existing in a pocket dimension. Meanwhile, the cartoon fantasy visuals have tons of colorful energy and, more importantly, run super smoothly.
The Swapper

The Swapper is a platforming puzzler set aboard a damaged space station and research facility known as Theseus. Boasting a uniquely dark art style that utilises handcrafted clay models and artwork, The Swapper’s environments are detailed and realistic.

Your mission is to find another Theseus station outpost in deep space, as you create up to four clones of yourself that you can switch between at will to solve a variety of complex puzzles. The Swapper will be heading to Xbox One on 5th June 2015.

https://youtu.be/KFMxmJeR154
The main character is David Young, a private investigator whose wife has been murdered. The traumatic events surrounding her death left Young unable to recollect those memories, but has allowed him to travel through time. Young travels through time to undo the murder. The player cannot time travel arbitrarily, as the powers are activated upon finding certain objects that bring the player to specific points in time.

Well there you have it, another week of gaming goodness. I hope you’re able to pick up a few and I hope this has helped you find the game that’s just right for you.

As always you can find me on Twitter @riddle43 and thanks for reading.