It has been officially confirmed that there will indeed be a new Android version that will be announced at this years Google I/O Conference. There are rumors all around about the new version’s name, which is supposed to begin with the letter M. (Since the very beginning, every single version of Android followed this pattern and is named after some kind of candy in the end.)

The favorite rumored names are Android Muffin, Android Marshmallow or Android Milkshake. Hopefully we will know more by tomorrow..

I don’t care about the name, what are the new features?

One of the most awaited features might be the MultiWindow feature that allows you to open and use multiple apps at one time. Not only that, it seems the RAM and Battery management is going to be enhanced too. For example, auto-exit background processes and assure longer battery times. Another great thing might be the implementation of fingerprint sensors to catch up with Apple’s TouchID and, additionally, something like a new Quick-Reply function should find its way to 6.0 as well.

The most interesting innovation might be the focus of full implementation plans to bring Android into cars as a complete infotainment-system though. 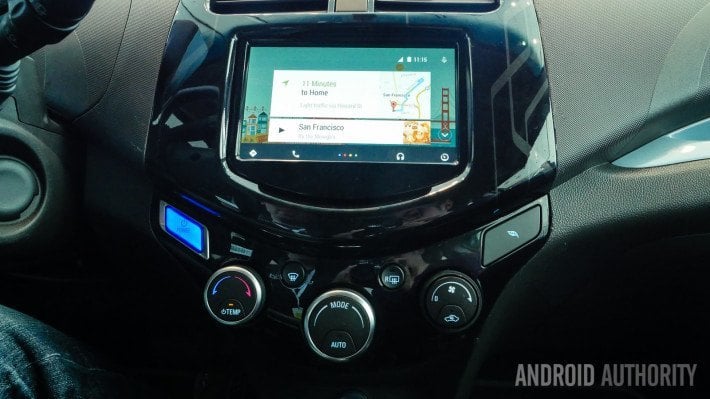 This way you wouldn’t need to connect your smartphone at all as it will be integrated into the car. You will have full control of the phone, navigation and much more. It seems google sees big potential in the automobile branch and aims to expand for the future. Android Auto is expected to surface in a number of upcoming vehicles this year already!