WiiUTablet transforms your WiiU Gamepad into a PC drawing tablet! 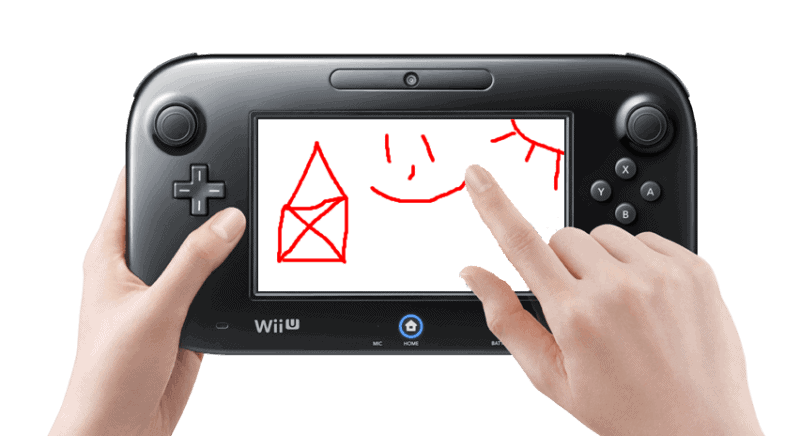 Just a couple of days ago Developer PewnyPL released his neat little program over at the GBATemp.net forums and even it’s source on GithHub! Here is the official description:

A 2-part application, a HTML5 webpage to run on WiiU and a Java server program to run on target PC. Currently it’s in very early alpha, but it can already establish conection between Wii U and a PC and click+drag the cursor around.

Now some of you following the PS Vita scene and the Vitasploit project might see a similarity here.. 😉

Anyways, this is a great project for someone who already owns a WiiU but doesn’t want to spend money on a professional drawing tablet. Or hardcore WiiU fans who simply love to play around with their devices..

How to install and run it:

Download release1.zip and and replace the WiiUTablet.jar file from release2.zip
(Note: This is a precompiled version with 1920×1080 screen settings. If you want your own resolution you’ll need to change the static int resX and static int resY variables in Main.java of the source on GitHub and compile it yourself)

Next you’ll need to adjust the host variable inside WiiUTablet.js of the HTML5 part, so the IP address points to the PC the Java server runs on!

Because of the way the webpage is written you must first start the server and then load the page on Wii U. If they lose connection somehow, simply refreshing should reestablish it.

For now this is tested on Windows machines only, although it theoretically should work with every Java-enabled Systems. But remember, as this is a early alpha labeled release, there are still problems like the latency between the WiiU and the PC (about a split second) and no dynamic PC resolution yet.

So let’s wait and see what further updates will bring!