You’ve probably noticed how qwikrazor was teasing us with the “publicly known, still not patched” kernel exploit. Today, he revealed the name of the game. 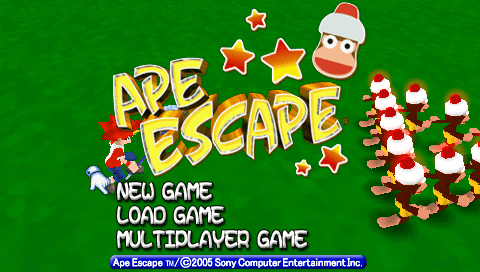 Ape Escape: On the Loose, originally released for PSP in 2010 only in the US, later found to be easily exploitable using player name (you can read more about it here and here). Now it looks like the game hasn’t said its last word yet and can be used to run eCFW on PS Vita, even on firmware 3.50.

Let’s put together some facts about the Ape Escape exploit:
– The exploit was found by several people.
– It’s not in the ePSP blacklist.
– It doesn’t require a second device to trigger. (Yay!)
– It’s patchable (because it’s a normal savedata exploit).
– It works on both 3.36 and 3.50 (but you still won’t be able to create bubbles on FW 3.50).
– It’s US only.

How to install & trigger:
Make sure you have Ape Escape downloaded in your PS Vita and backed up in your PC/PS3.
1) Download the archive with files. DOWNLOAD ( Having issues try this one DOWNLOAD)
2) Go to the folder of your firmware (3.36 or 3.50) and transfer its content (2 save folders) to your PS Vita via QMCA (CMA with Vita update blocker for 3.36FW)
3) Start game
4) Load game > Load > First entry (Fossil Field) > Yes (press X)
Credits: qwikrazor87

If you did everything correctly, you should now be able to use TN-V11 (in a less complicated way), plus if you’re on firmware 3.36, you can try create some custom bubbles. What are custom bubbles?
This is not possible on firmware 3.50 yet, because the only method to create bubbles that was released is patched.
I still don’t recommend updating to 3.50, but if you’re already there, Ape Escape is your best option.

This exploit has not been tested on PlayStation TV yet.

Do you like what qwikrazor does? Feel free to make a donation using PayPal: