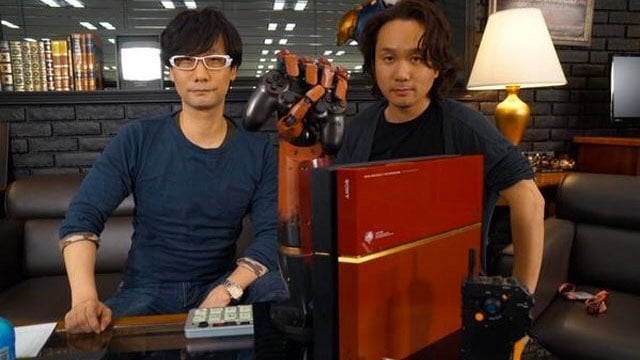 The Japanese website Game Spark managed to have a short meeting with the editorial team of Konami, in order to have clarification on the situation of Kojima Productions and its founder Hideo Kojima.

This is the repartee which Konami took part, without giving too much satisfaction:

Yes. All releases made under different studios will be centralized, coordinated from headquarters.

Kojima will be the director of the Metal Gear series. He will continue to innovate with new ideas as creator.

He is still one of our employees, and is continuing to work with all his strength on Metal Gear Solid V: The Phantom Pain.

We can not reveal private details.

It is true that this was a result of the reorganization. This was done in order to provide a development environment largest.

As for Kojima, anonymous sources heard by Game Center Online give the creator of the Metal Gear series “eager to grow as a developer”, “limited” by the “vision” of Konami for Kojima Productions.

“And that is what has damaged their relationship.”

I’m sure most of you will be disappointed by this news!

Personally, for me is the end of an era as a ’80 kid. We have witnessed the rise and fall of the most high quality development studio.

I really hope in a new project as producer for our beloved Hideo Kojima even if is a cinematic one because we all know how he is good as story teller.

Anyway stay tuned for further updates by following me on my Twitter @666darkamon666 and I invite you to leave comments below to let us know what’s your feelings about this story.