Well just when qwikrazor said he was out of exploits a few days ago in a tweet. It looks like he found another one and this time he says it’s unpatchable, kind of like how 173210 exploits (MyStylist and PawaPuro) were for a while. Seen here in the tweet’s below, qwikrazor has gotten around the blacklist module as it doesn’t use savedata at all.. 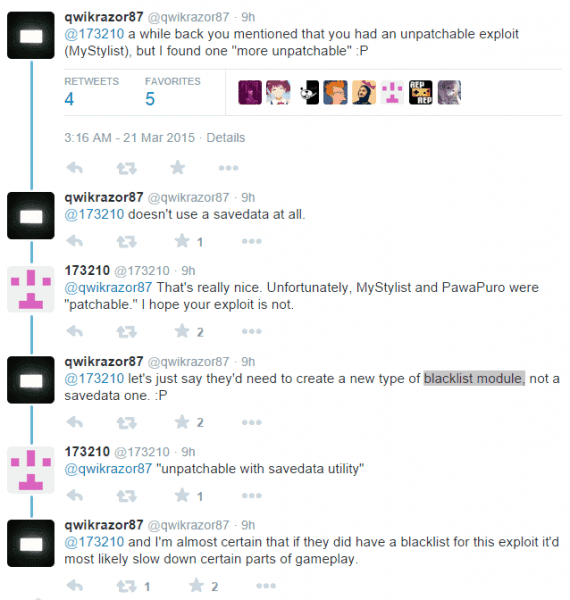 Now don’t expect this exploit to be released anytime soon as this could lead to more epsp exploits. So just keep up the great work Qwikrazor87.. 🙂