Just the other day, I was browsing around the net and ran a cross two interesting Dragonball Z games for the pc. Now a lot of us DBZ fan know of bid for power, a bad-ass mod for Quake3 which you can find here dragonballarena.gamesurf.it

Now here’s the first one I founded, it’s called Hyper DBZ – EVO 2014 and wow is it a great game. This version of DBZ EVO 2014 was create by the guys over at mugenguild.com, it uses the M.U.G.E.N game engine 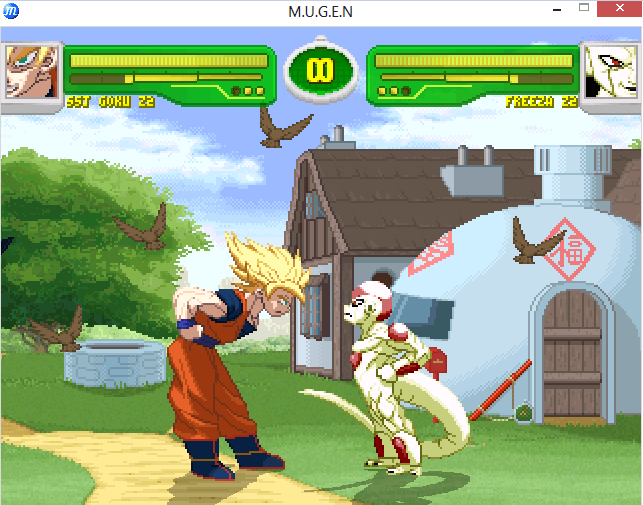 Here is the download link for the whole game: Hyper DBZ EVO 2014.rar  You can visit their site to get updates on new themes, characters and stages.

The other Dragonball Z game, also uses the M.U.G.E.N game engine and this one is called Dragon Ball Heroes. This is another great free pc game and this one is by RistaR87. This DBZ has so many characters it’s unreal, so it’s just easier to check it out in the youtube video below..

Well Wikipedia tells me that: “M.U.G.E.N is a freeware 2D fighting game engine designed by Elecbyte, written in C with the Allegro library. The engine was originally released in July 17, 1999. Beta versions of it were made to work on DOS, Linux and Windows platforms, distributed through their website or to donors via email. With the release of the Linux version, support for DOS ceased.

The engine allows anyone to create characters, background stages and other game objects through interpreted text files, graphics, and sound compilations. It supports various types of audio formats such as MP3, ADX, OGG and MIDI as background music during gameplay or at other points such as an introduction or the select screen. The engine allows for most of the same type of functionality found in most any commercial 2D fighting games, up to and including close recreation of those games’ characters and gameplay. While the engine is set up primarily for fighting game development, several other game types have been developed using it, including shooter and platformer style games.”

Also check out Mugen Infantry they seem to be re-writing the fighting game genre one title at a time!!!