Sony has finally announced the compensation provided for all users during the holidays remained offline because of the attack of the Lizard Squad. And immediately the comments of the network are divided between those who liked and who is not.

The “pro” accused the “against” of being greedy, inviting them to settle for having received something. Who is against have reproached the pro’s of having ‘sold his soul’ to Sony. The truth, as often happens, is somewhere in between.

We start from a first observation: the fact that the downtime did not depend directly from Sony, for the end user does not matter. We are not talking of a small startup company without resources but one of the biggest and most important companies in the world, that HAS the resources. And although it is impossible to resist a DDoS attack, it is expected, however, the adoption of solutions to minimize such attacks.

Then there is a second important consideration: the compensation had to be there and that of Sony is not a kind gift. If one pays a subscription to PSN and this can not be reached for a few days, at a minimum there must be compensation.

If Comcast disappeared from your television sets for three days you can rest assured that the company will lengthen three-day subscription. And the same would happen to any service provider who does not live in a regime of complete monopoly.

So we remove immediately from the speech that these five days are a gift: they are not and are instead a duty. The only compensation is true that we are given then this 10% discount, promised for the coming weeks. A discount that, apparently, will be on the cart, then not tied to a single product.

A discount that still do not know if it will have an expiration date or not (it is very different to have a 10% to be spent in a month, when maybe there is nothing interesting, or rather one that lasts a year), or if it will have limits (you can add other discounts? Applies to DLC or just for complete games?).

The result, let’s be clear, it is a choice not a lot of class by Sony. Because it is too little and, above all, because it is quite questionable. Against a disservice, in fact, the only thing that Sony offers us is to earn less on our future purchases. But still gain.

Because the paradox is that to accept the ‘apology’ from Sony we have to spend more money on PSN, that maybe we had not even going to spend. A full game would have been better. Or at least a discount more convincing.

One must also consider that, as already mentioned in other articles, you have to consider the period of downtime. If the PSN goes down from March 22 to 27, or 7 to 13 May, is not a tragedy. If it goes down to Christmas and continues in the following days, which are always holidays, is a different matter.

A student has a degree of flexibility in their schedules, for a person who works and who also has a family to stay but no, the situation is very different. In this case it means losing one of the few times of year festivities guaranteed.

And not dov’essere was pleasant even for those 25 scrapped the PlayStation 4 and could start to use it really only a few days later. It’s like getting a smartphone at Christmas and you can use it only for phone calls.

But Sony was forced to give us a discount? On closer no, let alone a full game. Nobody expected GTA V or The Shadow of Mordor free but something more would be better.

A good choice would then be a free month of Plus, with the PR of the Japanese giant that could promote the thing saying that Sony was giving in this way the games for free with the Instant Game Collection. 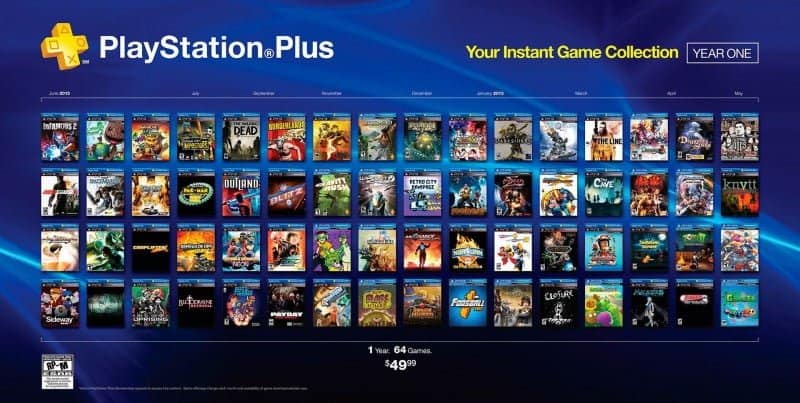 But we do the Devil’s Lawyer and imagine to exploit the 10% discount to buy an annual subscription to the PSN. With an annual cost of $49.99, the monthly fee amounts to 4.16 dollars. Which is more or less a discount of 5 dollars you would get by buying the discounted annual subscription of 10% to 45 dollars.

Sure, it means having to purchase a subscription to PlayStation Plus now but this is almost a necessity and you might as well take advantage of this offer. Put that way it would not hurt as compensation and perhaps therein lies the true error of Sony, which could certainly communicate better the possibilities offered by his ‘gift’.

Let me know your side on @666darkamon666 and follow me for further updates on the gaming world!!